Traders Are Panicking Over North Korea

North Korea has been developing nuclear weapons for decades. In the 1990s, the Clinton administration made a deal that delayed development for years. North Korea’s nuclear ambitions were normal for more than 20 years. 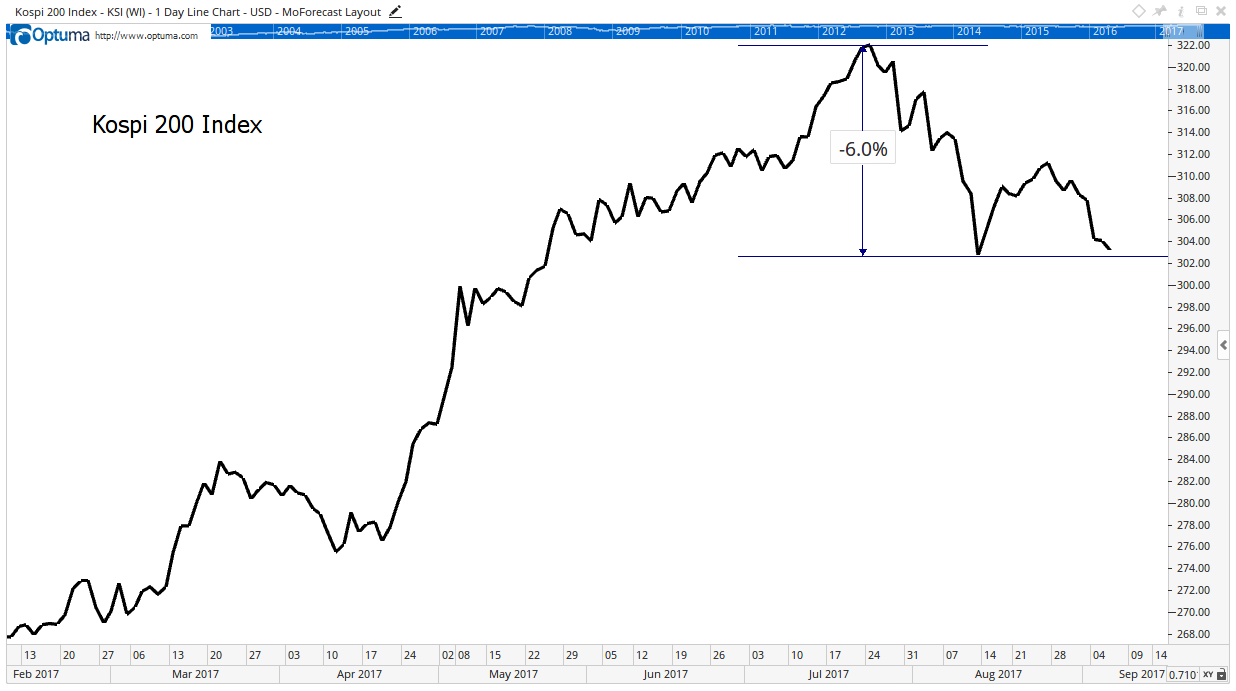 In early July, it made sense to ignore the threat. The situation looked the same as it did 10 and even 20 years earlier.

Then, missile launches accelerated and showed greater skill. The most recent test showed the country had a bomb that is significantly larger than experts predicted.

This led to selling in the market. Selling could continue until traders gain some clarity on how far this situation will go. For now, South Korea and Asian stock markets are rated as “sell.”

Right now, there is no way to forecast how this is resolved.

Nuclear weapons have always been in the hands of countries with understandable goals.

Lesser powers also have logical reasons to hold the weapons. India and Pakistan use their arsenals to deter the other’s interests. Great Britain and France project military strength with their limited arsenals.

There has always been a clearly understood deterrent effect. Nations understand the use of nuclear weapons virtually guarantees the mutually assured destruction (MAD) of all involved.

South Korean stocks are telling us that the global bull market is probably near an end. There are too many problems around the world for traders to ignore. For now, gold and cash could be the best assets to hold.