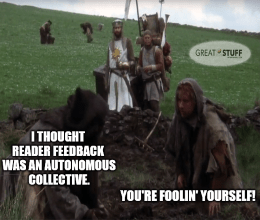 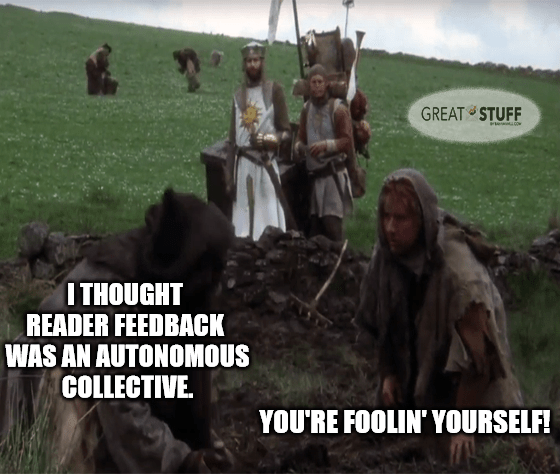 Too bad, cause here it comes. We’re digging a bit deeper into the mailbag this week, including a question about Riot Blockchain (Nasdaq: RIOT) from a couple weeks back.

Think of it as a bit of a Throwback Thursday, if you will. The Great Stuff inbox gets a lot of emails — thank you! — so, occasionally, questions fall through the cracks. Today, we’re filling a few of those cracks.

Phrasing! Are we not doing phrasing anymore?

Umm … yeah. Anyway, if you have a burning question you want answered about stocks, bitcoin, cryptos, options, the market in general — or if you have a good old-fashioned rant about inflation and the Fed — drop us a line at GreatStuffToday@BanyanHill.com.

We love rants of all kinds. Just watch your phrasing? Now for our featured presentation:

Hey Joseph, how about some words on RIOT?

I’m having trouble making sense of this stock’s moves. But after buying in at $9 and making 9X my money in a couple months, I’d love to know what’s behind its big move. Thanks!

Thank you for writing in, Dennis! You don’t happen to be a part of an autonomous collective, do you?

Right. So, Riot Blockchain … what’s the deal? The answer, my friend, isn’t blowing in the wind. It’s right there in the company’s name: blockchain.

What is blockchain, exactly? In layman’s terms, blockchain is essentially a highly specialized, highly encrypted database — kinda like if your basic Access or SQL database had the security of Fort Knox.

Two critical elements of blockchain make it so desirable. First, blockchain is “decentralized.” This simply means that no one person or organization controls the blockchain database.

Second, blockchain is “immutable.” In other words, once data enters the blockchain, it’s there for good, and no one can change or modify it.

These two factors make blockchain the perfect technology for a decentralized currency. That’s right, Dennis: Blockchain is the lifeblood of cryptocurrencies.

And Riot — remember Riot? This is an answer about Riot.

Basically, if it involves blockchain tech, Riot does it. Now to connect the dots.

RIOT took off this year because of rising investment demand for cryptocurrencies — specifically, bitcoin. That’s the big driver, anyway. The minor driver was Riot’s last quarterly report, where it beat Wall Street’s earnings and revenue expectations.

So, Riot is in a red-hot, disruptive market, and it’s steadily growing. The one caveat here is that the company has yet to report a profit. That’s why, after it surged nearly 400% from January 1 through February 17, RIOT is down more than 40%.

In short, Riot is a victim of the recent shift away from speculative growth stocks in favor of value stocks.

Now, Dennis, I know I’m late getting back to you, but I hope this answer is still relevant. Whether or not you hold on to RIOT after making nine times your money is purely up to you. Congratulations, by the way!

It’s like a “Choose Your Own Adventure” book, but with profits!

As for you other Great Ones out there wondering how you too can get as lucky as Dennis, I have just the rabbit’s foot you’re looking for.

Ew … that’s gross, Joe. Do I really need a severed appendage to get into blockchain?

I mean, you do you, but I guess lucky talismans are optional. What isn’t optional, though, is your deep dive into the blockchain universe — nay, the Blockchainverse!

Paul has the one stock that could ride this technology into the future. Click here now to get the full story!

Welcome to Reader Feedback day, the stopgap between “what even is this week” Wednesday and the long-awaited Friday Four Play! Great One Carmine starts off our reader round robin today, straight from the jump with some battery questions.

I love reading Great Stuff each day — and even read segments to my wife when she asks me why I’m laughing at my computer.

Are there any “sparks” left for batteries? Sorry, I like corny humor. Comparing lithium battery to hydrogen fuel investments, is it time to move battery-type stock dollars towards hydrogen for higher growth potential? Thank you. — Carmine

Why not both, Carmine?

You can invest in the now … and still invest in the future. Hydrogen tech hasn’t reached mass acceptance yet, and battery tech is right here, right now.

Despite the overwhelming optimism surrounding new energy stocks so far this year, it’ll take a bit for the hydrogen market to really blow up. That’s why Great Stuff Picks has stuck with Plug Power (Nasdaq: PLUG) despite its recent pullback — we haven’t even seen hydrogen stocks hit their full stride.

If you haven’t already joined the hydrogen hoopla, you could get a little skin in the game … while still squeezing the last bit of juice out of the current battery innovators. In other words, for battery tech that’s a bit more exciting than a stuffy ol’ ETF — we have you covered.

What do you suspect from the head of the central bank? He will defend the dollar over gold because everyone knows that it is a matter of time before the dollar goes the way Venezuela Bolivar went to .0004 of EUR.

Bitcoin, on the other hand, will continue to go up in value because there is a limited amount to be made. Once the rest of the world realizes this, it will propel it to the moon. At $55,000, still a bargain. Keep hurling BTC! — José G.

Thanks for sharing your thoughts, José.

I’ve got your back on bitcoin rocketing to the moon … but there’s no way the Fed would allow the U.S. dollar to go that low. Mama always told me to never bet against the Fed … that where the U.S. dollar is concerned, the Fed is God.

Dry ice? I think people are getting used to ordering perishables online. What stock would you invest in given that trend? — Michelle M.

Second, stockpiling snow isn’t your only way in on the refrigeration situation. Sure, ordering perishables online became big during the pandemic, and I don’t think it’ll die out even as more and more restaurants enter the reopening revolving door.

Yes, Hello Fresh has me wrapped around its dinner-indecision-killing finger. But where food-by-subscription, grocery delivery and your run-of-the-mill supermarket stocking intersect … lie refrigerator REITs (distant shrieking).

There’s really only one pure play on this market right now: Americold Realty Trust (NYSE: COLD). It dominates the supply chain side of cold storage, operating refrigeration facilities between food producers and retailers.

Since it’s a REIT, you essentially benefit from more supply chain reliance on cold storage — and the more land Americold gobbles up for its frigid facilities, the better.

But there’s more to chilling than just a stocked fridge. On the biotech side — especially for medical supplies like, I don’t know, vaccines that need super-low-temp transport — cryogenic cooling is what you seek.

Companies like Cryoport (Nasdaq: CYRX) and BioLife Solutions (Nasdaq: BLFS) work on ways to ship vaccines, medications, medical supplies, lab samples and whatever else needs to stay cold in transport. Like subzero cold — this isn’t a “throw in an ice pack” kinda game with cryo.

Of course, you know my usual spiel by now: These are just ideas for all y’all out there; they’re not going in the Great Stuff Picks portfolio. Do your due diligence, however much you care to do. Yada yada.

Flash Before My Eyes

I sold mine at $63 and change for a 320% gain. I’ve rode too many round trips, and the fundamentals were always poor for PLUG. When it’s a speculative play … you “Ride the Lightning” before the “Lightning Crashes” and an old mother cries! — Ted B.

Aha! So I’m not the only Live fan out there! Thanks for writing in to join the club, Ted. There are dozens of us, I swear. Oh, and congrats on the gain — freed from the frightening dream, I see.

Whatever you’re doing with PLUG, we want to hear about it! Did you take the money and run like the Steve Miller Band suggests? Are you sticking with PLUG and Great Stuff Picks? Maybe a lil’ put-selling like your fellow Great One, Justin, last week?

Whatever’s on your mind — hydrogen market magic or otherwise — drop us a line at: GreatStuffToday@BanyanHill.com. 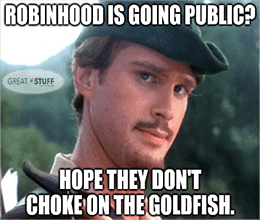 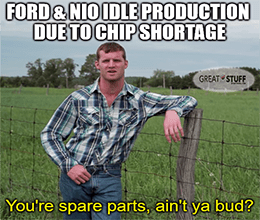