Home » Economy » The Market Panic Is Over. Here’s What’s Next

The Market Panic Is Over. Here’s What’s Next

On January 1, I did what everyone else was doing and made my 2018 stock market prediction.

And here’s what my prediction was…

2018 will likely see the market panics that play into a larger drawdown […] and a rise in volatility.

Volatility surged to a level not seen in over two years.

The pullback is already larger than what we saw in all of 2017.

So, with one prediction already fulfilled, I write you again with a new prediction for 2018.

The market has surged over the last 13 months, and the bull market isn’t over just yet.

But as I predicted at the start of the year, 2018 isn’t going to be a smooth ride.

I was able to make the prediction by turning to a handy 100-year-old calendar. Clearly, it is doing much better than just throwing darts at the market.

It’s the main tool I trust to give me a complete look at the overall market from a big-picture view — to know where we are at in the bull market.

The calendar is based on an 18.5-year market cycle. By using that, it is able to predict the whims of the market with accuracy that is better than anything else I have used.

Here’s how it works. 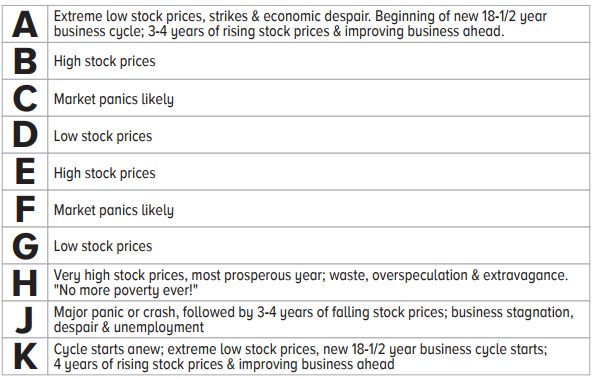 This is the 18.5-year market cycle in a nutshell.

Over every 18.5-year time frame, the years are labeled from A through K, with some years being blank.

However, the cycle has some wiggle room. That’s why we are seeing market panics now instead of in 2017.

So that’s the cycle we are going through. It’s how I was able to predict at the start of this year that the one thing you can expect from 2018 was market panics — and this isn’t the last one.

Get Ready for Another Market Panic

When you look back to the last market panic we had, it was in 2015. And it was followed just a few months later by another correction that was steeper than the first.

Keep in mind, this was a period when corrections of 5% were common every few months.

So this correction was a long time coming, and it’s why I don’t think we are done seeing them — there will be at least two more this year.

The next one will likely be over the summer, and then we will see the typical October market volatility as well.

If you’re an avid trader, buying on these dips will present an opportunity. But for general investors, the key thing to know here is that this is not the start of the next bear market.

We will see another rapid rise in stock prices before we enter that period.

And with that, you now have your playbook for the rest of 2018 according to the 18.5-year cycle. 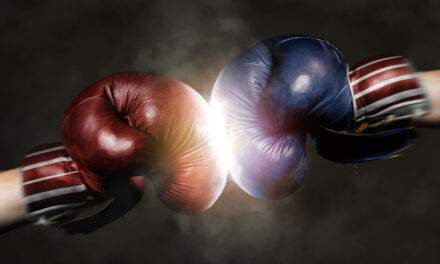