Make “Sell in May” a Great Strategy With This Simple Fix 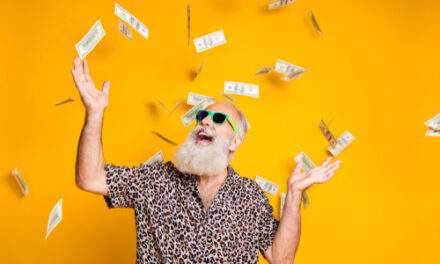 Alaska in February. Korea in August. Egypt in October.For years in the Air Force, my calendar looked like this. Deploying for military exercises at great locations, but at inconvenient times of the year.See, the Air Force timed these exercises, one for each season, to avoid times of peak tourism. That meant bad weather and maximum discomfort for the soldiers, which should surprise no veteran.But for the local communities, it was a boon to their economies during slow times.In one classified location, out in the middle of nowhere, I even heard a rumor that the richest person in town was the man who provided the porta potties for soldiers during these exercises.The seasonal nature of his contract made it more valuable. If he refused to provide service, the military might need to cancel their exercise. So he was able to charge higher prices and his prices were always met.Seasonal trends are also common in the stock market. The most popular one dates back to the 1800s, and is still useful today.You’ll no doubt start hearing this old adage again, very soon.But we can make it even more profitable with one simple tweak…

“Sell in May and Go Away”

According to market historians, “Sell in May and go away” originated in England in the 19th century.At the time, the London Stock Exchange was among the world’s most important markets — but the city wasn’t always the most pleasant place to be.This was the beginning of the Industrial Revolution. London was growing rapidly. And pretty soon, the city had a particularly noticeable problem to address…How to dispose of the waste created from cramped living spaces and newly built factories.Their solution? Dumping it in the Thames River.This had an unintended side effect. Compounded by heat and humidity, the smell from the river made London extremely unpleasant in the summer. A particularly hot summer in 1858 became known as the “Great Stink.”Successful traders and financiers of the time would buy country homes for this very reason. They’d escape the city in May as the heat set in, and return in late September for an annual horse race known as St. Leger’s Day — hence the full version of the now-shortened phrase “Sell in May and go away, do not return until St. Leger’s Day.”This is why, historically, the period from May through October was the worst six months for stocks.Thankfully, London no longer uses its major river as sewage disposal. But this market anomaly still persists over 200 years later.Selling all your stocks in May and buying again in October is an extreme measure, to be clear, and not one I’d necessarily recommend.While it does historically avoid down periods, it also has lots of room for improvement…

Your Trading Plan for Next Month

In a back test going back to 1933, investing in the S&P 500 Index between November 1 and April 30 shows an average return of 6.1% since 1933.That’s significantly better than 3.5% — the average return if you invested in the worst six months of the year, the period that begins in May.The S&P 500 also has a slightly better win rate in November through April. It delivers a gain 74.2% of the time versus 66.7% in May through October. And it’s not just the U.S. This market anomaly has been studied in 114 different markets around the world, and is present in 87 countries (76% of the markets).So “Sell in May” works in countries in every type of political environment and climate.But blindly selling in May can be costly. If you followed this strategy in the summer of 2009, you would’ve missed a 19% gain in the S&P 500. In 2020, you’d have missed a 17% gain.It’s simple to fix this. We can improve a “Sell in May” strategy by adding a moving average (MA). With this approach, we will only sell in May if prices are below the 200-day MA.The 200-day MA is used to define the direction of the long-term trend. If a price is above that MA, the trend is up. If it’s below it, it’s in a downtrend.This simple tweak avoids selling in uptrends and missing out on gains. It also improves the returns in the worst six months so that they almost match the rest of the year.Seasonals in the stock market are useful, but they’re only a guide. It’s best to add a technical tool to confirm these seasonal trends, and improve their usefulness.

Chart of the Day:Gold Bugs in Disbelief 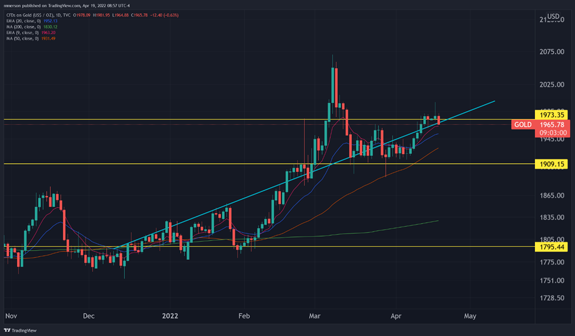 Gold is a tricky trade right now.It finally woke up and started doing its job — rallying in times of market uncertainty and inflation. It’s up over 9% in 2022 while the S&P 500 is down over 8%.But, that’s just the problem. Gold ONLY seems to want to rally when stocks are doing poorly. And if you ask me, stocks probably aren’t going to do poorly for very much longer.That said, gold has reclaimed the 6-month blue trendline on the chart above. If some buyers can step in and push the latest daily candle back above it, gold may be destined for new highs.If it does that, I’ll look to play long-term call options on gold, dated out to January 2023. 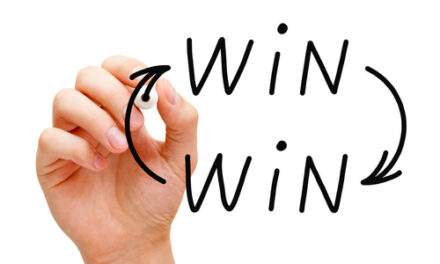 Selling Puts in May Is a Win-Win Strategy