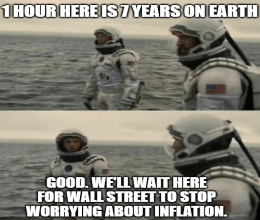 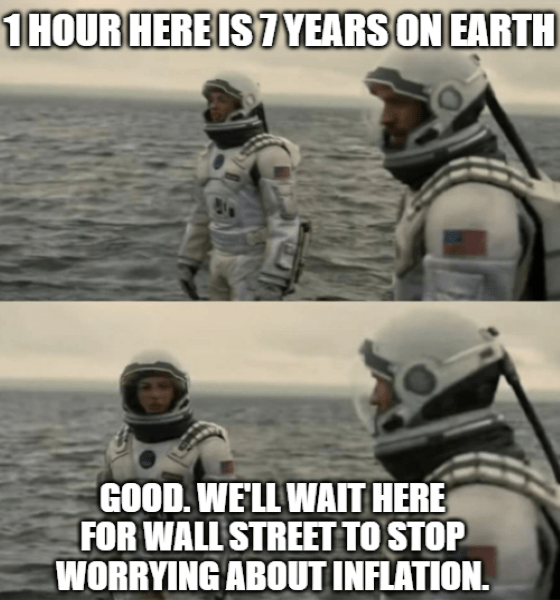 The Last, Last Word On Inflation (For Real This Time)

How are you lot today? Everything all right at home? In your portfolios? Anything you want to get off your chest and into our inbox for Reader Feedback? Just checking in on y’all before we dive into the meat of the matter with today’s chitter-chatter.

Perhaps we should mention that inflation thing that everyone and their mother is worrying about (again).

And perhaps we could discuss all the reasons why this inflation is temporary (again). We had, like, one week where Wall Street seemed to forget its inflationary fears, but with today’s Consumer Price Index report, back on the worry wagon we go.

We probably should talk about inflation, actually, since much of the financial media took to fearmongering once again today. Turns out that in June, consumer prices rose 5.4% year over year, which was somehow more than even Wall Street’s worrywarts expected.

Keep in mind: This is the year-over-year figure, comparing this June with last June. And let me ask you this: Do you remember last June? The summer reopening hokeypokey that drove Wall Street bonkers?

Everyone was so amped up for summertime spend-a-thon, quickly realized there was jack-$#!% to do outside with most places closed … and just bought stuff online to get that stimulus cash to stop burning up your virtual pockets.

On a monthly basis … things weren’t so bad. Inflation rose 0.9%, compared to expectations for just 0.5%. It’s not great. It’s not the end of the world either.

But the headlines! Think of the rag-selling fearful headlines! Inflation is growing faster than it has since August 2008! Oh, noes! What will we do, Great Ones?

2008 … that’s like, the Great Recession or something! The Dark Ages!

Right? I’m a-quiverin’ in my boots. Except … we just talked about this.

We just talked about how much of these inflationary concerns are coming out of sectors and industries where supply is bottlenecked, and demand is through the roof. What else would we expect out of that other than a healthy dose of transitory inflation?

Look at this: More than a third of that inflation growth in June? Used car and truck sales.

Throw in some price hikes for food, gas and other energy needs and surprise! Things look expensive, especially when you don’t look at what specifically is behind the bulk of that increase. Would you like to join me for a rousing chorus of: Nooooo duuuuuh!

You mean to tell me that record-high prices on various goods won’t temper the ever-increasing demand for those goods? That people will continue to overspend and overpay and overleverage themselves until supply catches up? Cough cough *housing market* cough cough.

Thankfully some analysts on the Street have some semblance of reason to them and pointed out that these price increases — and the inflationary fears that follow — are more temporary than anything else.

Here’s Jamie Cox, a managing partner over at Harris Financial Group: “The headline CPI numbers have shock value, for sure; however, once you realize that a third of the increase is used car prices, the transitory picture becomes more clear.”

That in itself is Quote of the Week worthy. But Cox goes on to add: “Inflation is rising, but things are well behaved and have not changed materially.”

Either way … somehow … now the media wants me (and you) freaking out about all these supply crunches that we already knew were inflated to heck and back? No, thank you, sir or ma’am, I’m watching my blood pressure.

I suggest you do the same — especially if Jerome Powell throws around his trademark wishy-washy words when he speaks to the House and Senate this week. Whenever you see these inflationary fears-that-shall-not-be, just brush them off your shoulder. You’re better than worrying about that. You’re a Great One.

That is … unless you were about to go out used-car shopping like Karl P. last week, in which case, good luck, I guess?

And with that, we’re diving right into today’s actual Quote of the Week!

We view [23andMe] as a biotech in digital health clothing, utilizing the vast amount of genotypic and phenotypic data it has collected from its 11.3M customers to efficiently develop therapeutics. — Citi Analyst Daniel Grosslight

Sound familiar? It should … if you’ve been keeping up with your special Saturday editions of Great Stuff.

We dug into the real deal with 23andMe (Nasdaq: ME) a few weeks back and, frankly, said the exact same thing as Mr. Grosslight up there. (Obligatory: Turn on your gross light, let it shiiiine!)

23andMe went public via a SPAC on June 17 and has since been soaking up that lovey-dovey, fresh-to-the-market limelight. Naturally, we had reservations. Would you expect otherwise?

So here’s where we’re stuck: The best medicines (and vaccines) we’ll make from here on out will come from genetic data. It’s this data that helps drugmakers create personalized, precise treatments. This is how the COVID-19 vaccines were developed so quickly. All you need is that precious genetic data.

23andMe fits into this genetic-drugmaking future like a glove — forget about its whole consumer-facing DNA-testing business for a second here. The company has a terrifying amount of genetic data that its own customers give up. Willingly.

There’s no judgment here if you’re one of the 11.3 million people providing 23andMe with said data — I mean, they do ask for your consent first before using your DNA for research, but psssh who actually reads that? Hopefully, all of you, but I digress.

I don’t have any qualms with precision medicine, as it’s called. And I rather like this brave new world where medicines, treatments and vaccines are becoming more personalized, effective and efficient.

But — and there’s always a but — how long will the center hold here? How long does 23andMe have before there’s a clampdown for privacy on what genetic information can and can’t be used for?

Call it hope or wishful thinking, but we here at Great Stuff still believe that government regulation will crack down hard on what companies can do with your personal genetic information. If/when this happens, you can bet that this attention to privacy will seriously undermine 23andMe’s potential to “repurpose” said DNA data.

And that’s the one thing that you don’t hear from these analysts bragging up how much of a biotech gold mine 23andMe represents. Sure, the company might be the next biggest biotech banger … but I just have to point out that privacy is the real pitfall to said success. 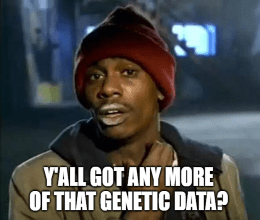 The only thing standing in the way of 23andMe using its DNA database for biotech supremacy is you and your genetic privacy. Digital privacy is one frontier that lawmakers are just starting to care about (don’t hold me to that).

Genetic privacy is the next biotech bridge to cross. And not many analysts are accounting for this risk yet.

Now, we’re trying not to let this devolve into some paranoid Gattaca style rant (again) — you can read our original due diligence on 23andMe for that fun stuff. Just know that if you do buy the hype on 23andMe stock, expect this uber-rosy picture to grow cloudy as more and more people start caring about their privacy — digital, physical or biological.

Oh, and by the way: If you want to see what else is going on in the genomics market without shipping your DNA off to Big Brother … we’ve got you covered.

It’s called “Imperium.” And according to experts, Imperium is set to go from virtually unknown … to having 2 billion users in the next four years, launching a stock market gravy train almost nobody sees coming.

And that’s it, Great Ones! Another day down in the market mayhem.

How do you feel about this whole “genetic privacy” conversation? Are you ultra-conscious of where your data is being used? Or are you gung ho about selling out the dire deets of your DNA to a slew of biotechs?

Let me know at GreatStuffToday@BanyanHill.com. Write to us whenever the market muse calls to you!

In the meantime, here’s where you can find our other junk — erm, where you should check out some more Greatness: 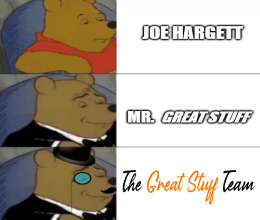 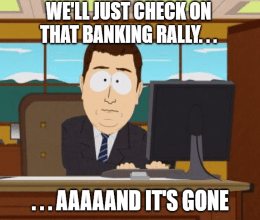