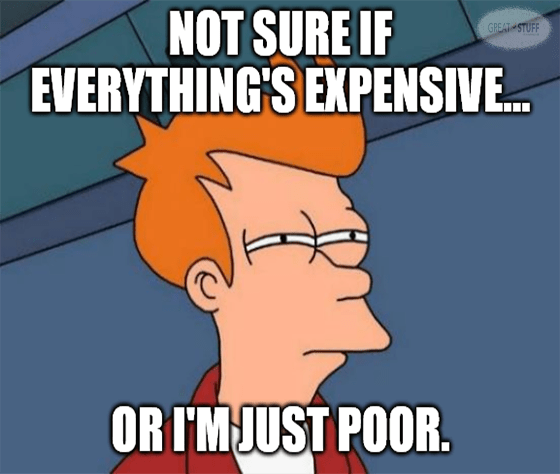 Great Ones, We’re Going Down Swinging…

Is inflation more than you bargained for yet?

I’ve been trying to tell you … everything, but you don’t want to hear, ‘cause that’s just who I am this year.

We’re all investing in … investing for the wrong team.

We’re going down, down in an early round!

I’m surprised y’all know that song. I mean, it’s one of them there Millennial songs after all.

And it’s a fitting song too since, after today’s Consumer Price Index (CPI) report, we are definitely going down, down in a much earlier round than Wall Street was expecting.

It’s a loaded Fed rate hike, cock it and pull it.

But enough tomfoolery, let’s look at this dastardly report…

According to the Bureau of Labor Statistics, U.S. CPI rose 0.1% in August and 8.3% over the past year. Both figures were hotter than expected.

Additionally, the so-called “core” CPI rose 0.6% in August and 6.3% year over year. Those readings were also higher than expected.

Unfortunately, the reality is that food and rent prices more than made up the difference. Food prices rose 0.8%, while rents rose 0.7%.

None of this is news to any of us actually living in reality though.

We all know that food costs are soaring, mainly driven by grain supply disruptions due to the Russia/Ukraine war, rampant flooding and unusual heat waves.

We also all know that rent and housing prices are unhinged from reality and still rising. It’s housing madness, I tell you!

And that’s just the tip of the iceberg. We’ve got slowing retail sales due to soaring personal expenditures and plunging consumer sentiment. We’ve got a shaky U.S. job market that could be on the verge of rolling over. And … the pièce de résistance​​, we’ve got a U.S. recession.

Now, looking at all of that … um … awesomeness? … it’s no wonder that Wall Street was under the impression that August CPI data would show a more significant slowdown in inflation. But then, Wall Street doesn’t really understand where inflation is coming from.

And neither does the Federal Reserve if it thinks that raising interest rates is going to solve this problem. I mean, raising rates would be fine if today’s inflation were a demand-side problem.

It’s not. It’s a supply-side problem. Two years of COVID-19 shutdowns, lockdowns and general production mayhem have resulted in a supply chain that is wholly understaffed and unprepared — to this day — to handle the pent-up demand from the Great Reopening. 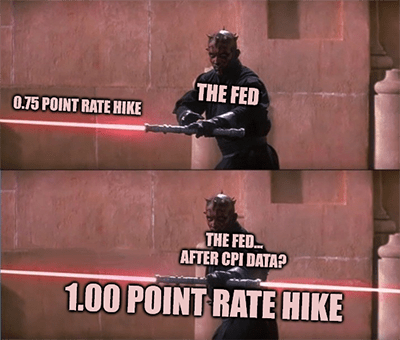 Combine this with the fact that the world lost a significant portion of its available workforce during that period … and you have a right and rank mess on your hands.

And raising interest rates ain’t gonna do much to help us average Joes weather this storm.

Don’t get me wrong, however. I’m not saying the Fed is wrong to raise interest rates.

The easy money had to be pulled out of the system sooner or later. Inflation isn’t just an issue for Main Street, it’s also a major issue for Wall Street, due to easy money inflating asset prices for way longer than necessary.

The problem is that the Fed only has a hammer to fix the U.S. economy. And while hammering the easy money out of the system fixes Wall Street, it nails Main Street right in the pocketbook.

At this point, the Fed has no choice but to push the U.S. economy further into recession in the hopes that said recession will decrease demand and allow supply to catch up.

That’s where we’re headed, Great Ones. That’s what I’ve been trying to tell you for the better part of the past year. I hope you’ve been listening.

Great Stuff is your number one with a bullet, despite the Fed’s loaded god complex … now it’s time to cock it and pull it:

While many investors are trying to figure out how to survive this market insanity, Andrew Keene is mastering it.

Better yet … Andrew did this not by shorting stocks, but by investing in stocks that went up!

Well, Andrew is ready to show you exactly how he’s able to close out triple-digit winners during the worst market in five decades: It’s all because of his ultimate bear market strategy.

He’ll tell you how you can use it yourself on September 15 at 4 p.m. Eastern time.

The Good: As The Oracle Foretold… 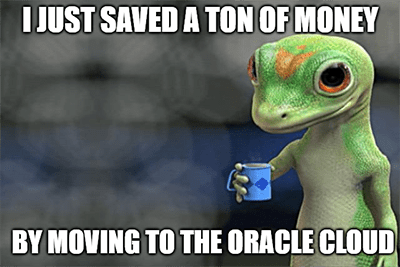 Hold up: A tech company just reported somewhat-decent earnings? And it mostly matched estimates? And Wall Street isn’t punishing the stock for the report?

Not even Oracle’s (NYSE: ORCL) prophecy could’ve prophesized that…

Overall revenue was up 18% thanks to Oracle’s $28 billion buyout of software company Cerner. The best part? Cloud infrastructure revenue in particular shot up 52% on the quarter, and Oracle Co-Founder/Chairman/Technology Chief Larry Ellison — how many hats can one guy wear? — believes there’s more cloud growth to come:

I personally have been talking to some of Amazon’s most famous brands that are running at AWS. And the AWS bill is getting very large. And they can save a huge amount of money by moving to OCI. And I expect next quarter we’ll be announcing some brands, some companies moving off of Amazon to OCI that will shock you. I’ll stop there.

Jeez, give a man a warning before you drop groundbreakers like that!

I don’t know if I’ve ever been shocked by anything related to the cloud infrastructure sector, let alone Oracle, but wow, what a way to wet the whistle.

The Bad: What Makes A Cloud Creative? 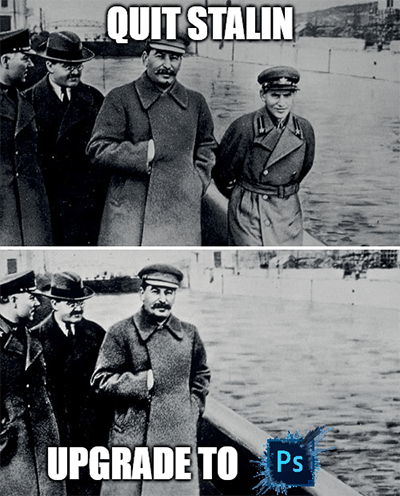 Curious minds also want to know why anybody’s surprised that software-maker Adobe (Nasdaq: ADBE) got a downgrade of its own today.

And it’s not because of any earnings announcement either.

And what a concerning report it was … apparently:

In short, respondents across the board expressed a greater willingness to move away from Adobe Creative Cloud in our August survey compared to our April survey. In particular, younger employees, and employees working for organizations with fewer than 5k employees expressed a higher probability for using competitors to Creative Cloud.

The survey also found that older employees and those working for bigger companies are more likely to stick with the Creative Cloud suite, which includes programs like Photoshop, Illustrator and so on.

Ever since Adobe’s Creative Cloud went to a subscription model — i.e., you don’t just pay once and “keep” the software — people have been using cheaper and even free alternatives. And younger folks who aren’t as set in their ways with Adobe’s suite are more likely to switch.

Cheaper alternatives? In this economy? You don’t freaking say.

The Ugly: O-o-oat, Here She Comes 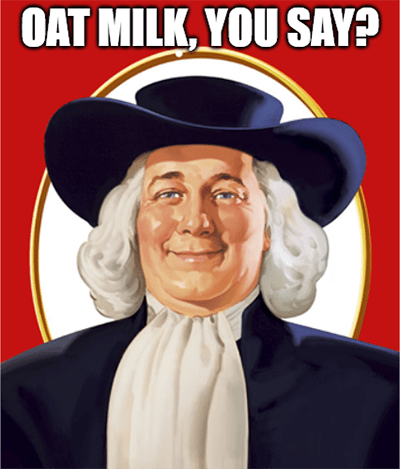 Watch out, Great Ones, she’ll chew your earnings up … or slurp ‘em, rather. (And that’s probably where we should end this oat milk metaphor.)

Any of you invested in Oatly (Nasdaq: OTLY) out there? You know, the oat-milking oat-ficionado? How does one even milk oats? You know what? Never mind…

Oatly just got downgraded by Credit Suisse, dropping from Outperform to Neutral. Considering that analysts are freaked out about inflation affecting companies stateside, they’re even more worried about Sweden-based Oatly, since Sweden’s facing even worse inflation.

Inflated oats? Why, I never!

Since it’s getting so much more expensive for Oatly to sow its wild oats outside of the Ikea Kingdom, Credit Suisse doesn’t think you should buy Oatly stock. That is … if you were fixing to buy Oatly stock anyway.

But think about it: If milk is already getting super expensive for the usual cheapo brands … how many people are still going to go for the even-more-expensive oat stuff? Unless you’re die-hard into oats or weaning the world off of cow milk … or, you know, just boring old lactose intolerant. Sorry for your luck. Eeew…

And who buys oat milk? If you have the dough for the pricey oat-based stuff, inflation probably won’t bother you and your oat-milk-buying habits all that much.

This is the kind of downgrade you’d give if you think the economy is starting to affect the upper classes … you know, the ones still shopping like mad at Lululemon? And that should be more than a bit concerning.

Are there many below-upper-middle-class folks who buy oat milk? Is there a cheaper oat milk to buy that you can “downgrade” to during a recession? Clearly you can see I’m the utmost expert in the realm of multipurpose oats…

The Ugliest: The Starbucks Stops Here 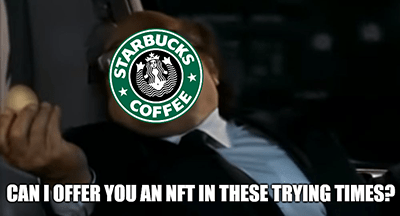 Wowee, Great Stuff, there’s something even uglier than ugly?

Yeah … have you tried getting a good espresso at Starbucks (Nasdaq: SBUX)?

Or worse: Have you ever tried to organize a union for workers’ rights at a Starbucks?

That’s a low blow right there.

Is it? Is it though?

I mean, look: You don’t have to be pro-union to know that Starbucks isn’t really ingratiating itself with the next generation of workers. Millennials and Gen Z are more burnt than Starbucks’ coffee right now over how they’re being treated.

You’re probably thinking: “Why should I care? Nobody wants to work!” And I hear you, but there’s more to this than just work. Imagine upsetting and alienating the next group of people you expect to become customers at your stores.

Now imagine that this particular group of customers is practically an entire generation… Do you see where this is going?

Sure, Starbucks is saving a few pennies in profit and capital expenditures to bolster short-term gains, but at what long-term cost? I mean, this is the kind of thing that leaves a generational issue for a company. In other words, Starbucks will have to spend a lot on trying to get those customers back if it wants to continue to be relevant down the road.

Meanwhile, Starbucks’ priority is … what … NFTs?

If you wanted to collect stamps but in a less tangible and much more boring fashion, Starbucks wants you to dig its limited-edition NFT stamps. Starbucks Odyssey is the company’s new rewards program — “merging” with the old program, but we all know what that really means.

Instead of getting points toward a free coffee or free item, the new blockchain-based NFT reward program of Starbucks Odyssey lets you get digital collectibles.

No, not “nothing” — digital collectibles! A “journey stamp” for every overpriced Frappuccino you’ve bought, with interactive games to boot. And something … something about the metaverse!

It’s literally Kardashian Pokémon at this point. What do you mean you’re not excited?!

I sure hope Starbucks’ new leadership can help turn this mess into something actually palatable for SBUX investors. But also, this is Starbucks. It’s not wise to go in with high hopes.

And you want to be my bean juice salesman…

Got any thoughts on today’s Great Stuff? Need to rant? Ready to rave? Head on over to our inbox for all of the above: GreatStuffToday@BanyanHill.com. 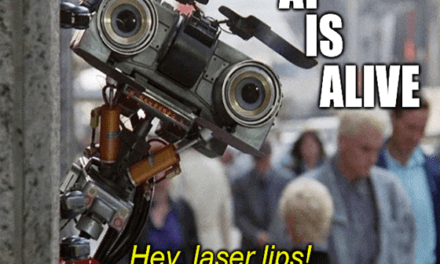