Despite Hurricane Harvey, Gas Prices Are Still the Lowest in a Decade

The refineries around Houston produce most of the gasoline we use in the U.S. And gasoline is the lifeblood of car-loving Americans.

The storm in Texas shut down refineries. That reduced the supply of gasoline, which pushed up prices.

On the West Coast, the average price of all grades of gasoline is $2.97 per gallon. That’s $0.31 per gallon higher than this time last year.

The chart below shows the average price of regular gasoline in the U.S.: 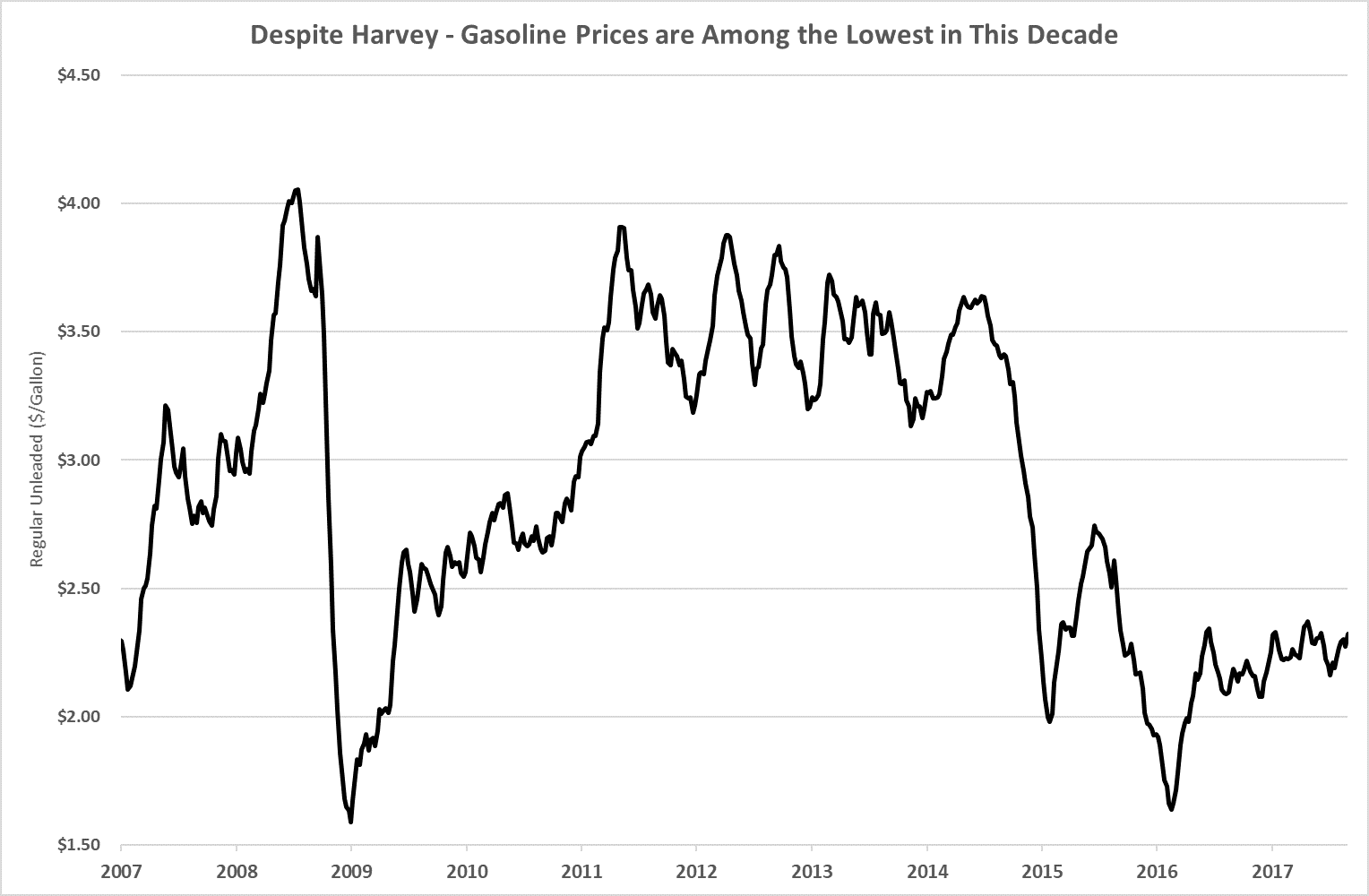 As you can see above, the price of gasoline plummeted in 2014. It stayed low since then.

The average price of gasoline in 2017 was $2.24 per gallon — the second-lowest price this decade. You can see the average prices by year in the table below: 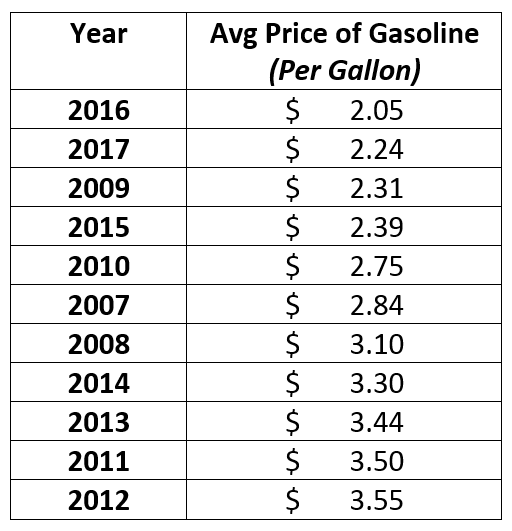 Cheap gasoline is a headwind on electric car sales. It’s hard to convince folks to give up their SUVs when it doesn’t cost much to fill their tanks.

However, if the price ramps back up to $3.50 per gallon, it’ll boost sales of electric vehicles. That’s what spurred sales of hybrids in the past.

For now, it’s a good time to own a muscle car.

There’s Life in the Oil Patch