How to “Stock Up” for the Next Supply Shortage 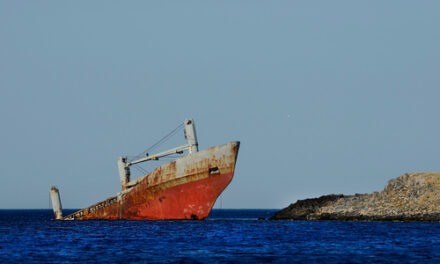 Are you ready to fight over toilet paper again?

With the Ever Given tanker finally unstuck from the Suez Canal, you might think that the world’s supply chain problems are over.

Experts say that we can expect short-term shortages of things like cat food, drugs and, yes, toilet paper. That’s the bad news.

When the talking heads on CNBC said that the blocked canal was holding up nearly $10 billion in goods a day, they weren’t kidding.

Cat food, coffee, toilet paper … these are just a handful of all the goods that travel around the world on container ships like the Ever Given.

The traffic jam blocked the movement of these goods and many others — including oil, livestock and even cheese — from reaching areas of high demand.

But the stuck tanker in a major shipping port merely highlighted this big problem in our global supply chain. Global logjams like this are happening elsewhere, too.

And we’re likely going to see things get even worse with COVID-19 vaccinations allowing people to go out more and more. As they do, pent-up supply and demand will come to a head.

That’s why my colleague and master market technician Chad Shoop showed you last week how these delays are probably going to continue.

Many manufacturers slowed or stalled production in 2020. According to Reuters, the pandemic affected labor markets all over the world.

That squeezed the supply of raw materials needed for most production. As the flow of goods around the world stalled, the transportation sector slowed down. Ships stayed in port and containers went unfilled.

Now, as production comes back online, getting empty containers where they’re needed has been an unexpected challenge. And the ramped-up production has caused traffic jams at U.S. ports.

Ships are coming at a quick clip, but the ports can only handle so many at a time. We may see the delays get worse before they get better.

On the other end of the chain, supply issues are still affecting production. We’ve covered the global semiconductor shortage here before. Semiconductors aren’t alone.

Drug manufacturers have also been pressed into service for the vaccine — leaving the production system for other medications scrambling.

Earlier in March, the Financial Times reported that Pfizer sent out a warning to hospitals:

Pfizer warned of “short-term supply interruptions” to medicines “due to increased vaccine production.” It said hospitals should “anticipate some disruptions” in the second half of the year.

We will likely see shortages hitting grocery stores and pharmacies in the next several months.

But there are plenty of other things you can do now besides stocking up on toilet paper again.

If you want to make the most of your portfolio, we’ve prepared you for this kind of rapid-profit opportunity…

How to Trade the Short-Term Opportunity

Short-term market moves like this are tough to make money on.

Nike has already reported the global supply pressures hurting its business. Its stock was up and down in the following few weeks — down as much as 6% at one point.

We often say that we’re investors, not speculators. And investors are cautious about trades on volatile markets.

But there are ways to make these trades while managing your risk.

Chad Shoop has been tracking these supply trends for a while. He’s a Chartered Market Technician, which means that he’s dedicated himself to studying the intricacies of the market. He can take a look at a stock and tell you the best trades to make on it in any conditions.

That’s why we trust him to guide us around short-term gains. In fact, one of his strategies focuses on quarterly earnings seasons. And we’re coming up on one of the best times to take advantage of it.

Here’s what Chad told me yesterday:

“Earnings are when we’re going to see these issues show up in the market. The market’s rally is stalling right now because of this … but a strong earnings season could kick it into high gear again.”

Subscribers who get in now can be on board for the whole ride.

He filmed a presentation to show you how this kind of trading works. He knows that these strategies can be intimidating, and he wants anyone who’s trying it to have all the resources they need. Check it out here. 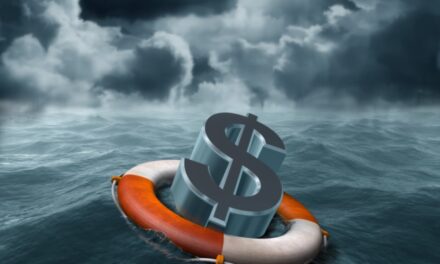 This Insurance Could Protect You Against Inflation Risks