1 ETF to Buy as Video Games Fly Off Shelves 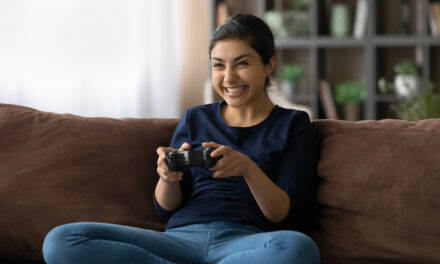 At least, that’s how many people bought the new Viking survival game Valheim.

And they didn’t just buy it on some whim while they were bored at home. They’re actively playing. This past weekend, the game reached a record-breaking 500,000 simultaneous players.

I’d say that popularity is shocking … but it’s not. Not anymore.

For the past decade, the video game industry has been steadily growing. And the pandemic just punched it up. 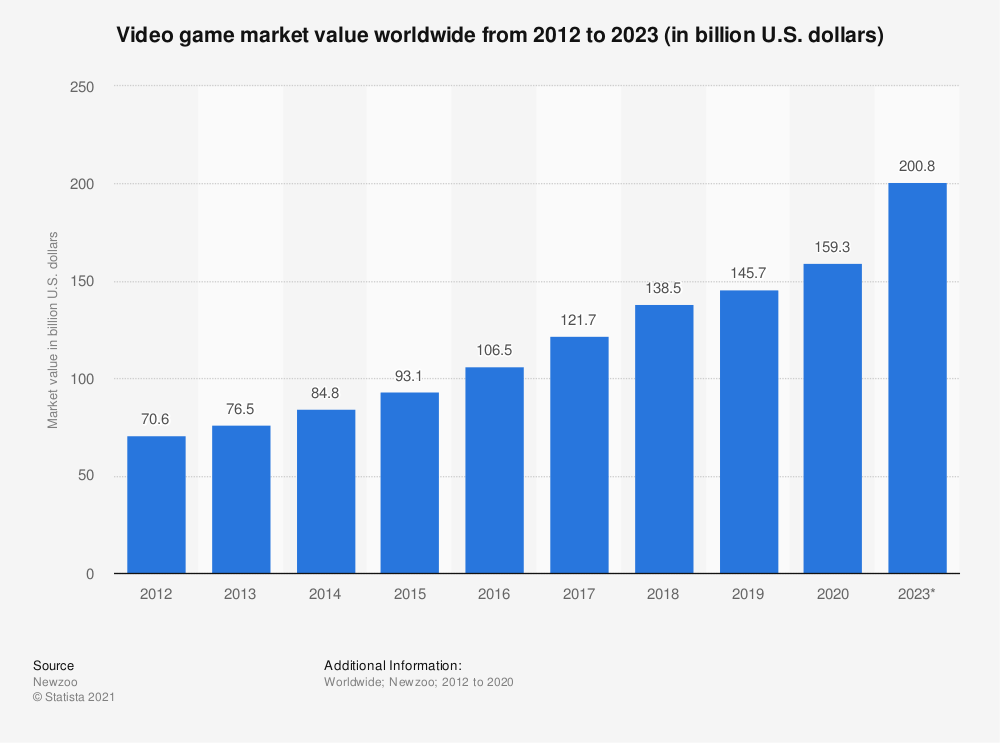 It’s safe to say that video games have gone mainstream.

In fact, U.S. gamers went out and spent $33.7 billion on hardware, accessories and content in the first nine months of 2020.

People are scrambling so much to keep themselves entertained that there’s actually a worldwide semiconductor chip shortage. (Consumer electronics like computers and game consoles need chips, after all.)

Around the virtual water cooler here at Banyan Hill, many of my colleagues are wondering when it will let up — they want to get their hands on the new PlayStation 5. The console has been out of stock at many stores since it launched in November.

But (clearly) they’re not alone. Whether you play video games or not, you have to admit that they’re a big business.

So today, let’s dig into just how frenzied the video game industry has gotten. I think it will help you understand the opportunity we see…

Let’s Get Back to the Vikings

Here’s the thing about Valheim: Like many video games nowadays, it’s a social experience. It allows players to form groups with their friends and hunt through a Viking landscape together.

That’s important because, crucially, the game isn’t even finished yet.

Players are getting what’s called an “early access” version.

Some parts of Valheim are entirely empty or clearly still under development. Now, in fairness, many gamers say that the game is just that good, and they’re willing to wait out the bugs. (One of my colleagues here who plays it said: “It actually feels like a bargain that there’s more to come.”)

But what is going on here? Are video gamers gobbling up content so fast that even a half-finished game is working for them?

Well, it turns out, yes.

We can’t say exactly how many more hours gamers are playing during the pandemic, but we can tell you that one gaming platform, Steam, reported users played nearly 32 billion hours of video games in 2020. That’s up 10 billion from 2019.

Content platform Unity reported that weekday gaming alone was up 52%.

Mobile gaming (like Candy Crush on your phone) has also been growing during the pandemic. By one metric, purchases in these games are up over 50% from 2019.

And Unity expects these trends to continue. One senior vice president from the company said that “given our understanding of past player behavior changes, it would be surprising to see many players revert.”

Jaci Hayes, who runs the competitive video game player conglomerate FaZe Clan, agrees. She noted that many people are glomming on to video game players much like previous generations idolized sports stars. “We don’t see that slowing down,” she told the New York Times.

Here’s Where Video Games Are Headed

Whether or not you play games on your phone (yes, those count as video games), on your computer or on a PlayStation, you can’t deny that this is a big opportunity in entertainment.

Amazon acquired streaming platform Twitch in 2014 in part to capitalize on this growing trend.

And other industries are taking notice as well.

Fortnite, one of the top games in the world, hosted a “virtual concert” in 2020. Users could tune in and see rapper Travis Scott “perform.” Over 10 million players attended the concert — a record for the game.

So how can you profit?

Well that brings us back to the semiconductor shortage I told you about earlier. Right now, semiconductors are in high demand.

Our old favorite fund Vanguard Information Technology ETF (NYSE: VGT) holds a basket of semiconductor-makers like Intel and Qualcomm. And even better, it’s trading at an attractive price right now.

That makes this the time to jump in if you haven’t already. As more gamers come online, we’ll be profiting off of the parts that get them there. This is a long-term trend, so we recommend putting this in your portfolio and forgetting about it for a few years.

P.S. Speaking of Qualcomm … our favorite trader Chad Shoop recently recommended a trade on Qualcomm’s stock with his “Ultimate Trading Strategy” and gave subscribers the chance to walk away with a double-digit gain in just two months. Chad’s a Chartered Market Technician, which means he’s trained to spot patterns in the markets that could make outsized gains.

And our readers can see him at it. Click here to watch his presentation on the Ultimate Trading Strategy. You won’t want to miss it!