It Happened Again … This Time in France

Global stock markets are consistent after a major vote is held. The day after the results are known, traders start buying.

And it just happened again, this time in France. No one was surprised by the election results, but stocks soared. 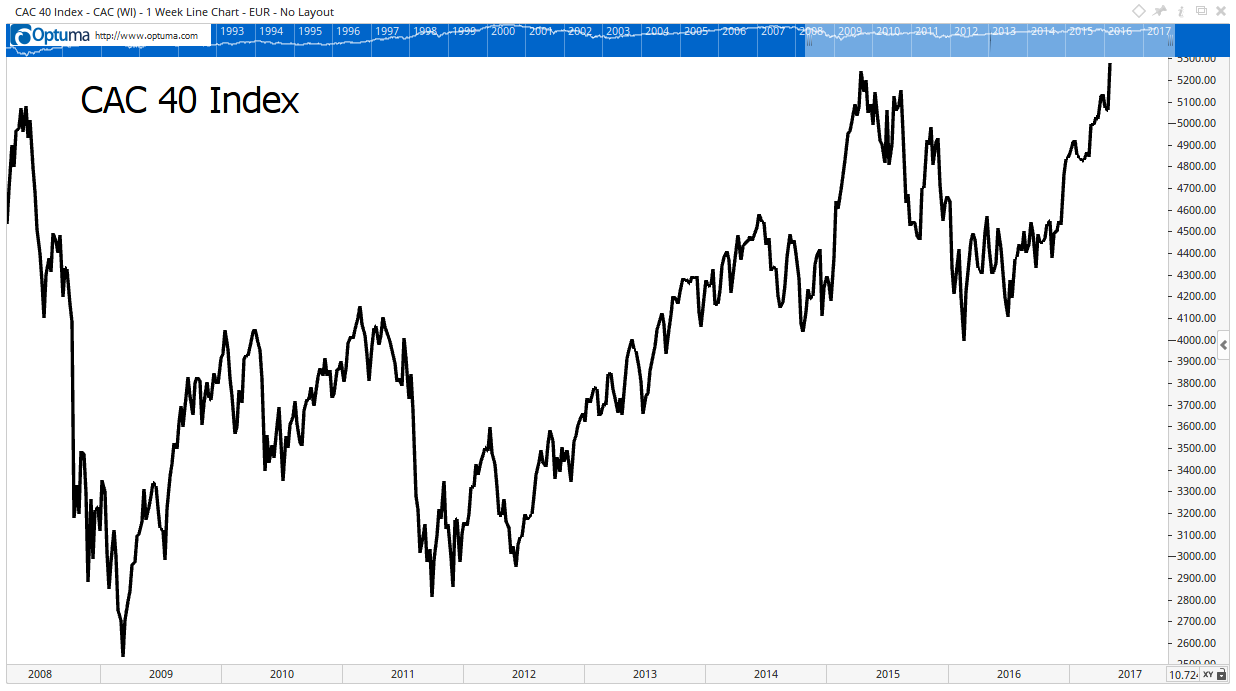 The CAC 40 is a benchmark French stock market index. The day after Sunday’s election, the index gained 4.5%, breaking out to new highs for the year.

In the U.K. and the U.S., the day after voting was just the beginning. Both markets continued higher, and they are still in bull markets months after voting.

A wave of buying after elections may be due to the fact that the news is final. There’s no more doubt about the political situation. Certainty allows traders to buy stocks with confidence.

Will the CAC 40 continue higher? If history is a guide, it most likely will.

U.S.-based investors can participate in the French bull market with the iShares MSCI France ETF (NYSE Arca: EWQ). This is an exchange-traded fund that owns French stocks.

EWQ is a diversified investment that can benefit from France’s bull market, rising oil prices or a global economic rebound. And it could deliver a 20% gain over the next year if history is a guide.