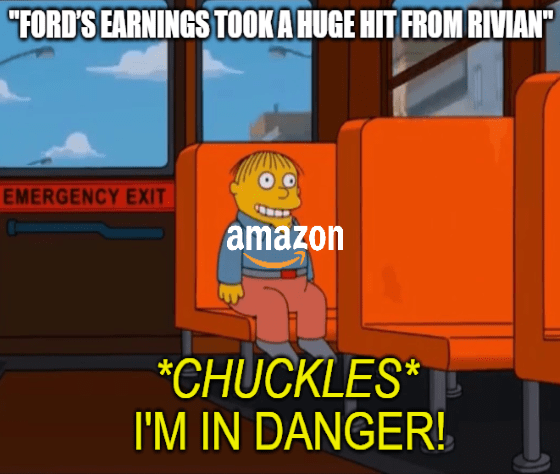 Prices … the prices are high, too. But Ford’s hooooolding on.

What on Earth are you going on about, Blondie?

With all the hype Ford’s been dishing out all quarter long — remember when Ford split its business right in two between gas and electric? — forgive me for going out with the tide a bit on this one.

By the numbers, Ford’s earnings beat expectations … but only slightly, coming in a penny over estimates at $0.38 per share. Revenue, on the other hand, topped expectations with room to spare — $32.1 billion versus the consensus estimate of $31.13 billion.

Ford did OK … a double beat is a double beat, after all. But it’s nowhere near the levels of earnings brilliance Ford could’ve reported, and it’s a far cry from where the automaker was just last year.

While Ford reported an adjusted profit of $2.3 billion (still down from $3.9 billion a year ago), that dazzling profit turns into an unadjusted $3.1 billion loss when accounting for Ford’s other EV investments.

Any guesses as to why? Hmmm? (I know, that big, bolded heading up there kinda gave it away.)

As Rivian shares were cut in half over the quarter, so too was Ford’s 12% stake in the EV startup. Boom, one and done. $5.4 billion down the Rivian tubes.

Right? Just think of all the Reese’s Cups that’d buy if you weren’t stuck in … ugh … Rivian.

Now, if you tuned into this past Saturday’s Great Stuff, this should sound awfully familiar. Because by the time you’re reading this, investors will be digesting how Amazon’s (Nasdaq: AMZN) 20% stake in Rivian affected its earnings.

If you yourself are an AMZN investor … Ford’s results should be a pretty decent indication of what might go down.

While the big blue oval sure wasn’t making any year-over-year headway without the Rivian catastrophe, that one investment was enough to swing Ford from profit to loss. From investors’ good graces to Wall Street’s ambivalence. From an initial rally after the bell to a sinking 3% loss today.

Ooof. Press F to pay your respects to Ford investors.

So now this leads us to a rather obvious question: Is Ford gonna take the loss and sell its Rivian stake? I mean, the lockup period for pre-IPO investors to hold their shares ends on May 8.

I guess we’ll just play the “what if” game while Ford figures out for itself what to do with Rivian. It’s not like that $5.4 billion couldn’t go to other uses ‘round the Ford ecosystem … uses such as, oh, I don’t know, that whole “we wanna be bigger than Tesla” EV-making dream?

It’s no surprise that Ford’s keeping its Rivian losses close to its chest — do you go around bragging about how much you’ve lost?

Probably not, unless you go on certain parts of Reddit where such losses are strangely welcomed.

But around here? I wouldn’t put it past Ford to start reallocating those Rivian funds after the lockup date.

The company’s already “restructuring” its staff after the earnings blunder, which is a nicer way to say “cutting a chunk of its workforce.”

Focus on production for the new electric F-150s … get some of these Lightning orders a-rolling and clear the backlog. Heck, Ford could probably build up a new EV plant with the money it sank into keeping Rivian barely alive.

If Ford wants to keep up or outcompete the likes of Tesla (Nasdaq: TSLA) and General Motors (NYSE: GM) — GM just dropped the ‘lectric ‘vette, for Mary Barra’s sake! — it’s time to stop the bleeding. It’s time to get out of the Rivian rip tide lest Ford be dragged even further out to sea.

Then again … this is Ford we’re talking about here. You can’t expect the company to actually act in its best interest, can you?

Don’t worry. The Lincoln Star will save us!

While everyone’s trying to invest in the next Tesla — lol, keep dreaming, Rivian — there’s another EV story not getting the same attention.

Telemedicine company Teladoc (NYSE: TDOC) looked sickly this morning after slashing its full-year outlook on flatlining revenue and earnings — not to mention a $6.5 billion impairment charge on its recent acquisition of chronic-care company Livongo.

Now, why a company that’s never been profitable would spend $18.5 billion on a new health care branch is beyond me.

But the way Teladoc tells it, the company teamed up with Livongo back in 2020 to entice more people with longer-term health hazards to use its doc-around-the-clock services.

For argument’s sake, there are definitely some doctor appointments I’d rather have over the phone.

I mean, why drive all the way to a doctor’s office for a sore throat just so someone can shine a light down your gullet and say: “Yep, looks inflamed to me. Here are some antibiotics — kthanksbye.”

But for actual … umm, chronic conditions like the ones Livongo specializes in? Well, there’s a real limit to how much a virtual appointment can help. In some situations, in-person care just can’t be beat (my deepest apologies to all my fellow introverts).

I hate to say it, but if ever Teladoc was going to take off … the past three pandemic-ridden years were it. But with little plan for profitability beyond failed health care acquisitions like Livongo, I’m afraid no pill was ever gonna cure Teladoc’s ill … especially once the growth stock apocalypse took hold.

If for some reason TDOC stock is still in your portfolio, I’d cut it out like the tumor it is.

To be fair, the Street kept its latest forecasts for “the company formerly known as Facebook” to a minimum after Meta’s disappointing fourth-quarter — which showed daily active users falling for the first time on record.

That, as it turns out, was a smart move on Wall Street’s part. Even though more people got sucked into Zuckerberg’s virtual playground this quarter, the company still struggled to turn those users into cash cows via traditional advertising traps.

Meta’s first-quarter profits barely scraped $7.5 billion, down 21% from the year-ago period. And while revenue rose 7% this quarter to $27.9 billion, that marks the slowest growth since Meta went public 10 years ago.

You may or may not know this already, but Gen Zers are all about brand transparency and social responsibility — two traits Sith Lord Zuckerberg arguably lacks.

That said, if Meta can’t learn to market itself to this new generation of spenders … well, we all saw what happened to Palpatine in Return of the Jedi … so use your imaginations.

Put A Pin In It

On the other side of the social media spectrum — what an array we’ve got these days! — Pinterest (NYSE: PINS) pushed all the right profitability buttons and earned Wall Street’s praise this quarter.

Umm, it’s like a fancy search engine … but with pictures?

Right… What matters is that someone out there managed to monetize this sucker to make money off advertisements, very similar to Facebook.

Unlike Facebook, however, Pinterest’s users are still spending money on the platform — with global average revenue per user up 28% from last year.

This spending growth helped Pinterest turn a bigger profit than Wall Street anticipated, with earnings per share coming in $0.06 higher than analysts called for. Revenue also topped expectations at $575 million.

The unexpected double beat was enough to propel Pinterest higher, with PINS stock rising nearly 10% on the day.

Well, Great Ones … it was bound to happen eventually.

I just didn’t expect the Central African Republic (CAR) to become the second country in the world to adopt Bitcoin (BTC) as legal tender right behind El Salvador. Or for CAR’s parliament to unanimously grant the cryptocurrency legitimacy alongside the CFA franc.

But hey, we’ve been trying to tell y’all that mainstream crypto acceptance is right around the river bend — and can even help you sail off into retirement rapture!

Anyway, while we’re all still wondering exactly how many people in the CAR will use the cryptocurrency, and how many have even heard of its new widespread acceptance — about 11% of the country has internet coverage — it’s still another feather in the cap of steadfast crypto bulls.

Still not convinced that cryptos are about to cause a stir? Check this out:

Cathie Wood says this Next Gen Coin could rally 7,200% by the end of the decade — and Ian King calls it “the greatest investment in history.”

That’s because, as this presentation explains, this coin has the ability to “power the rails of global finance” … a $100 trillion industry. Yet 99% of Americans don’t even know this coin exists.

Click here to watch Ian’s full explanation of this coin … and why serious crypto investors need to jump on it right away.

Got other thoughts — crypto or otherwise — you’d like to share with us? Drop us a line at GreatStuffToday@BanyanHill.com. Your email might even be featured in tomorrow’s edition of Reader Feedback! 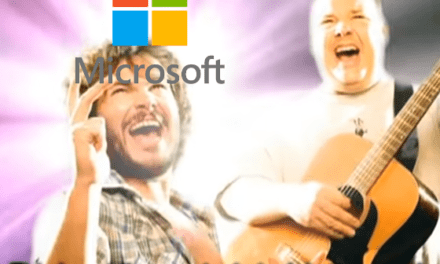 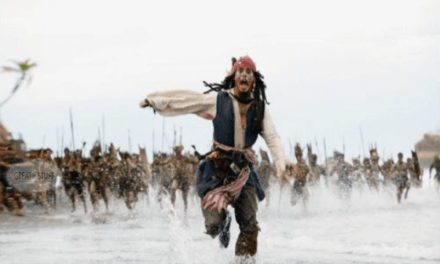