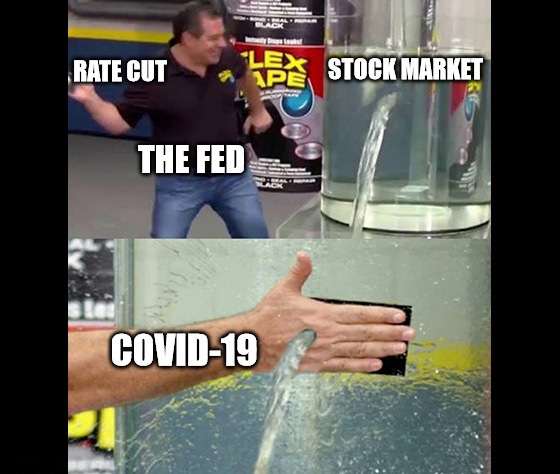 When the Fed Hits the Fan…

Anyone else feel like they’re stuck in a time loop?

This morning, U.S. futures trading halted after hitting a down-limit loss of 5% … again. Then, immediately after the markets opened for regular trading, stocks plunged 8% to trigger another halt … again.

This fresh round of Wall Street panic selling was brought to you by the Federal Reserve and China … again.

The last time that the Fed took such drastic measures was in the middle of the 2008 financial crisis. What’s more, these emergency measures were so critical, they couldn’t wait until the Federal Open Market Committee meeting slated for this week.

Adding fuel to the fire, Chinese economic data arrived this weekend, and it wasn’t pretty.

According to China’s National Bureau of Statistics, retail sales plummeted 20.5% year over year in January and February. Industrial output fell 13.5%, and fixed-asset investments plunged almost 25%. All three readings were far below economists’ expectations.

Analysts now project that the Chinese economy will contract 6% in the first quarter — its worst decline since 1976.

Nothing says “market confidence” like two interest rate cuts in less than a month.

I’m not saying that the Fed is wrong. I’m just saying it could’ve handled the situation better. For instance, did cutting rates to zero really need to happen two days before the Fed’s policy-setting meeting this week?

But then, maybe this rate cut couldn’t wait.

After all, restaurants and bars across the country are shuttering for all but carryout orders. All major sports are on hold. That will have a significant economic impact — I don’t care who you are.

On an anecdotal note, I had to stop by my local Best Buy Co. Inc. (NYSE: BBY) this weekend, as my TV kicked the bucket on Friday. Great timing, right?

Apparently, this Best Buy was almost out of computer monitors and big-screen TVs. With everyone stuck at home, suddenly-remote employees are snapping up computer monitors. Meanwhile, big screens are in vogue for hunkering down on the couch to binge Netflix Inc. (Nasdaq: NFLX) and The Walt Disney Co.’s (NYSE: DIS) Disney+.

However, if China’s economic data are anything to go by, this anecdotal bump will be short-lived. If anything, the data show that the U.S. could very well be headed toward a recession.

So, in response to the Fed’s move and the threat of a U.S. recession, Great Stuff recommends a new position today: ProShares Short S&P500 (NYSE: SH).

Why do you want to buy SH? Because we’re just seeing the tip of the iceberg on the coronavirus’ impact on the U.S. economy. This will get worse as the virus spreads, forcing more retail locations to temporarily close.

The idea here is to hedge your portfolio with SH … to help mitigate the losses on your main holdings.

Combined with our previous suggestions — the iShares 20+ Year Treasury Bond ETF (Nasdaq: TLT), the SPDR Gold Trust (NYSE: GLD) and the Invesco CurrencyShares Swiss Franc Trust (NYSE: FXF) — this should offer you a solid shelter from the market’s worst losses.

Now, if all this “recession” talk still sounds too preemptive, well … just listen to what this former Washington insider has to say… 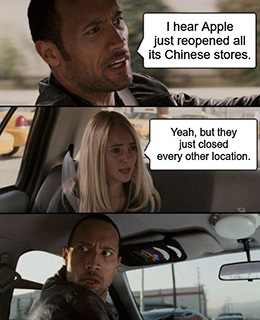 Last week, Apple Inc. (Nasdaq: AAPL) announced that it would reopen its 42 Chinese retail locations. Great Stuff believed this was a sign that the worst had passed for COVID-19 in China. What we didn’t count on is the closure of Apple’s nearly 500 other stores around the globe.

In a letter from CEO Tim Cook, Apple announced that it will close all retail locations outside of greater China until March 27. In addition to the closures, Apple also said that employees should work remotely if possible.

This is quickly becoming a common theme across the U.S. Apple currently operates about 500 stores worldwide. Sales from these stores, when combined with online and direct sales, made up about 30% of Apple’s total revenue last year.

It seems like it’s back to the coal mine for this canary. We’ll file this as yet another reason to jump into SH today … before more hard data come out on the U.S. retail impact. 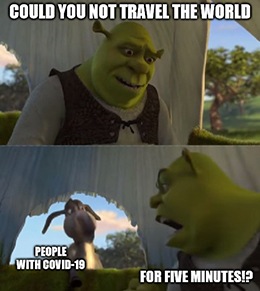 If you’re looking for a sector to avoid like the … well, plague … anything to do with travel is a good place to start.

Case in point: This weekend, American Airlines Group Inc. (Nasdaq: AAL) said that it suspended 75% of its international flights from the U.S. — starting today. The airline said the move was in response to plummeting demand and government travel restrictions surrounding COVID-19.

Due to the virus’ spread, the company had already reduced its capacity — essentially, how many seats it has in the air flying any one route. American now anticipates that domestic capacity will drop 20% year over year in April, with May’s capacity falling 30%.

So far today, all three major U.S. air carriers are down sharply. UAL is down more than 10%. DAL fell about 5%, and AAL was last off about 3%. 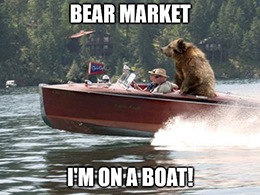 So, I hope you didn’t plan on riding out the COVID-19 pandemic at sea…

In a speech on Friday, President Trump said that major U.S. cruiselines would suspend operations for 30 days to stem the coronavirus’ spread.

Carnival Corp. (NYSE: CCL) will also suspend operations. In an announcement today, the company said that it was impossible to project earnings for the current year, but that it expects to record a loss for fiscal 2020. Carnival also said that it’ll borrow about $3 billion for six months under its existing credit lines.

I think the takeaway here is clear: 2020 will be a really tough year for cruiseline operators. 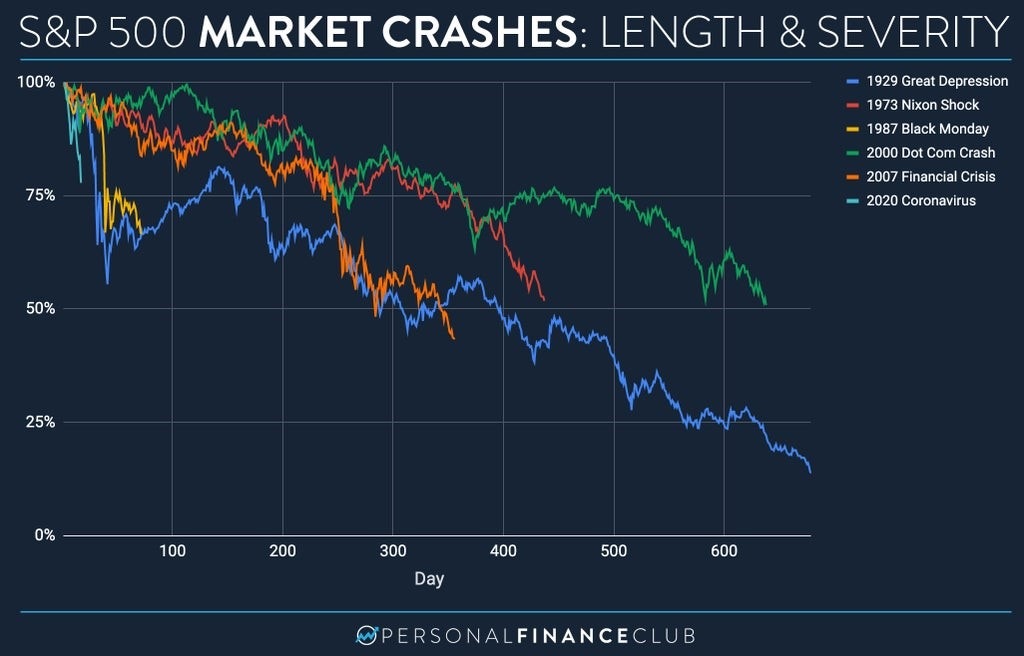 Today’s Chart of the Week comes courtesy of Reddit user Jerschneid. The chart was posted in the subreddit /r/DataIsBeautiful, and it lends perspective to the severity of the recent market plunge.

The 2020 coronavirus dive is in light blue off to the left. You’ll note that we’ve only seen this kind of speedy retreat twice before: after the Great Depression and 1987’s Black Monday.

That’s not good company to be in. However, just because these market crashes lasted for years doesn’t mean that this one will. I don’t share this chart to make you panic … but merely to put the current decline in perspective.

As always, don’t panic. Take things one day at a time. Breathe. And wash your hands!

Finally, enhance your calm, John Spartan, and try to have a joy-joy day — although with toilet paper in short supply, you’ll have to eventually figure out the three seashells.

I realize that today’s market is a bit like watching a traumatizing blooper reel. (And for any masochist options traders out there sitting on SPDR S&P 500 ETF Trust (NYSE: SPY) puts, this is a feeding frenzy … and my, we’re just getting started!)

The fact is, the wounds of crashes past are more than paper losses — they cut deep, emotional routs that are hard to come back from. I get it. Thousands of investors walked away from 2008 with no desire to invest again.

But whether the worst is behind us or still ahead … you don’t have to go through this alone.

The experts here at Banyan Hill have weathered many a market storm — including several of the crashes in today’s Chart of the Week.

Take Ted Bauman, for instance. Instead of running for the hills, folks like Ted jump into the trenches, focusing on the best moves to make. And Ted’s readers in The Bauman Letter have diversification and disaster prep right at their fingertips.

If this ends up getting worse before it gets better, I want you to be ready. 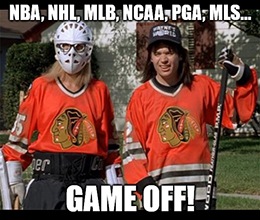 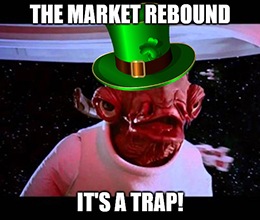