The End of Paper Money 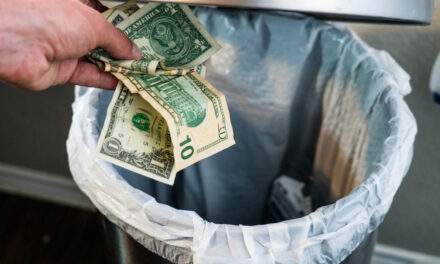 Cash is going to be useless by the end of the decade.

Everything is going digital.

So what type of dollars will exist in the future?

We got a hint of that this week.

Today, I want to talk to you about a major announcement that went under the radar.

For the most part, cash is going to be useless by the end of this decade.

Cash is going the way of the dodo. It will be a collector’s item.

You won’t be spending physical cash. Everything will go digital now.

What Is Circle Financial?

This is important to understand. Because if everything is going digital, then what type of dollars will exist?

Well, we got a hint of that this week.

I want to talk to you about a major announcement that really went under the radar.

What Circle Financial does is it issues what’s called a centralized stablecoin. And the stablecoin is pegged to the dollar.

So for every dollar that you have in a bank, the company issues a cryptocurrency that’s pegged to it, OK? And it has about 15 billion of these USDC stablecoins in circulation.

Who Is Investing In Circle Financial?

What happened this week that just completely blew my mind?

Well, Circle Financial has been raising money since it started five years ago. This week, it announced that it raised $400 million.

It’s a pretty nice sum. But it wasn’t the number as much as who actually invested in the company.

Now, Fidelity is invested in Circle Financial. And we all know that Fidelity is a large asset manager — one of the largest in the world.

It’s been in the crypto space for quite some time. It has crypto — it’s called Fidelity Digital. Its CEO is a big proponent of bitcoin.

But it wasn’t Fidelity.

If you looked at the deal announcement, BlackRock is now an investor in Circle Financial.

Why Is BlackRock Important?

For those of you that aren’t familiar with Wall Street, BlackRock has $10 trillion under management. It’s the most important account to every major bank on the Street.

So if you’re Citigroup or Goldman Sachs or Morgan Stanley or JPMorgan Chase, if BlackRock tells you to jump, you say, “How high?”

They’re on the buy side. These other firms are on the sell side.

And the other thing that BlackRock announced is it wants to explore future strategic ventures with the USD Coin.

And that justifies every single decentralized finance protocol that has been built so far because cash is going away.

How Will USDC Be Used?

But we have to figure out what we’re going to use instead.

Are we going to use the old, antiquated financial rails, where you go to send money, and it takes three days via a wire, and you’ve got to pay to do that?

And if you want to send money to another country, it costs you, like, 10%.

Or are we going to get with the modern world and be able to trade and send digital value as easily as sending an email.

And without having some type of banking intermediary that’s, you know, extracting a little toll every time that you do something in the banking system.

My bet is that things are going the blockchain way.

And the fact that BlackRock is now involved is giving me even more confidence on this.

Case in point is that the USDC is a stablecoin. And the reason why it’s going to be so important is that you can build all of this infrastructure and decentralized finance.

But you have to have liquidity.

You can’t just trade these cryptocurrencies back and forth. There has to be things of real-world value that people can trade for.

For instance, if I own a bunch of Ethereum, and I want to go back to something that represents a dollar, I’d rather earn dollars than Ethereum.

Well, I could go to Coinbase and sell it for dollars into my bank account. Or I can simply transact on a decentralized finance platform for a centralized stablecoin like the USDC.

And the fact that BlackRock is now in these markets is just absolutely massive for the industry.

It gives me full confidence that the banking system at the end of this decade is going to look nothing like it does right now.

And one other thing: I’ve got a brand-new presentation for those of you out there.

Check out it now by clicking here.

I talk about the “Next Gen Crypto,” and then a couple other ideas that I think are going to also go 100X this decade.

So please check it out now.

If you like what we have to say, smash that like button below, and feel free to leave a comment. Let us know what you think about USDC.

So thanks again for tuning in. We’ll talk to you next week. Take care. 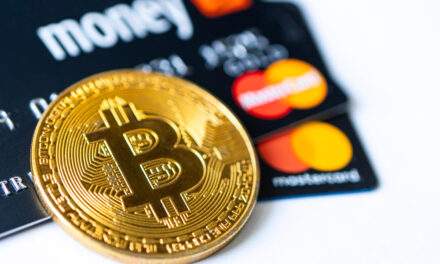 This Crypto Card Is 1,000X Faster Than Bitcoin 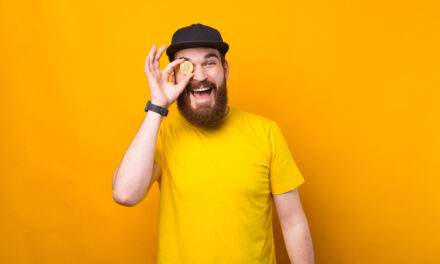