After the stock market surge following the U.S. presidential election, you could assume investors are expecting a boost to economic growth.

That, in turn, pushed up expectations for economic indicators that are now being released. Since it has been seven months since the election, businesses and consumers have had enough time to react to the news in a similarly positive fashion.

There’s just one problem: That isn’t the case. 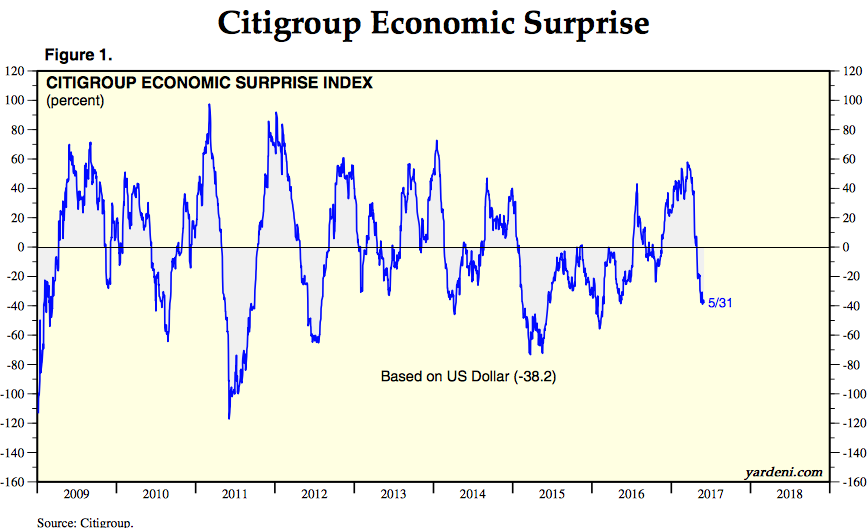 You can see it is a noisy indicator, moving back and forth, but after spending 2015 and 2016 mostly below the zero line, it started off the year beating economic expectations, and many investors would have liked to see that continue.

But the sharp decline that began in April continued in May. This will be something to keep an eye on. Further economic disappointment could easily trigger a correction in the markets, but if the index can rebound, that would be a strong signal of economic health that I’m sure President Donald Trump wouldn’t mind showing up.