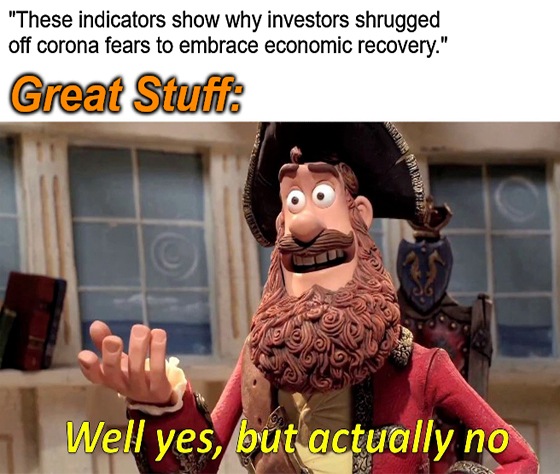 I absolutely love watching the mainstream financial media attempt to explain the market’s daily rise and fall. Sites like MarketWatch, CNBC and Bloomberg all have readers scrambling to know why the market is doing what it’s doing right now.

They can’t simply have every headline say “Stocks Fall on China-U.S. Tensions” or “Stocks Rise on Fed Stimulus.” Let’s be honest, those are the only two headlines you would’ve seen this year outside of the March shutdown.

Today’s raft of headlines was particularly intriguing. The headline news from this weekend included five million COVID-19 cases in the U.S., no relief package deal from Congress, President Trump’s executive action on pandemic relief and rising tensions between the U.S. and China.

Any one of these stories should’ve created some market turmoil. However, stocks opened the day higher, and the Dow Jones Industrial Average is headed toward all-time highs. How’d the financial media spin this rally?

According to MarketWatch: “These indicators show why investors shrugged off corona fears to embrace economic recovery.”

Interesting. I hadn’t seen any major economic news this morning that would prompt U.S. stocks to rise, let alone spur a roughly 1% rise in the Dow. I wonder what these indicators are:

I don’t know what I expected, but that wasn’t it. German investor sentiment? French economic contraction? Travel to Spain? If these really are the reasons the Dow is up today, we’re in big trouble.

The good news is that these aren’t the economic indicators you’re looking for … unless you live in Europe. (Any European Great Ones out there? Write to us!) This headline is a clear-cut case of “grasping at straws” for explanations.

The real reason the market was up today (and the reason it’ll continue to rally) … say it with me, class: The Federal Reserve’s unlimited stimulus. A bit more on that later…

Some of you might wonder what will finally make this market go down. For that, I’ll refer you to Newton’s first law of motion: An object at rest stays at rest, and an object in motion stays in motion with the same speed and in the same direction unless acted upon by an unbalanced force.

In other words, something bigger than the Fed’s unlimited stimulus has to happen to derail this market rally.

What’s bigger than unlimited stimulus? U.S. COVID-19 cases are close to that tipping point. A breakdown of the U.S.-China trade deal could be a big enough and unbalanced force. That’s the magnitude of disruption we’re looking at here.

Until we get an event that outweighs the Fed’s stimulus plan, we’re looking at business as usual … that’s to say, more overreactions and under reactions.

Holding only stocks makes you a sitting duck in both cases, afraid of every changing tide.

That’s why you need to play both sides of the volatility coin toss, no matter how much straw-grasping the market wants.

One strategy simplifies investing to the bare basics: a single ticker symbol, once a week, letting you adjust your bullishness or bearishness on a dime.

One solution: One Trade.

The Good: Taking Out the Trash 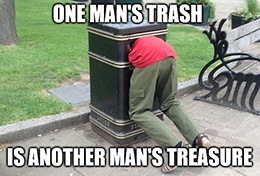 NKLA stock jumped more than 10% today because of garbage. The irony is not lost on you Nikola naysayers out there, I’m sure.

The price of the electric garbage trucks wasn’t disclosed, but Founder Trevor Milton said that Nikola would price the trucks below $500,000 per vehicle — the standard rate for competitor vehicles.

As for NKLA shares, the stock is up nearly 40% from its July lows. Furthermore, our Great Stuff Picks position now sits on a slight profit — with more to come. As a reminder, NKLA will be a volatile trade to hold, but the rewards will be worth it.

The Bad: Take My Picture 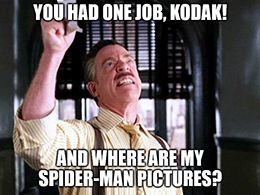 Back on July 29, Kodak was awarded a $765 million loan to produce critical pharmaceutical ingredients for the pandemic response. KODK shares skyrocketed more than 1,260% following the news. Well, most of that rally followed the news, and therein lies the problem.

You see, KODK initially rallied on July 27, before news of the loan was public. Furthermore, Kodak’s top brass were awarded stock options ahead of the announcement as well.

Now, what could’ve been a lucrative opportunity for Kodak and a critical supply of pharmaceutical components for the country failed to develop. The SEC is involved, and the U.S. International Development Finance Corporation (DFC) put the whole thing on hold.

The DFC is the one handing out the $765 million loan. And, according to a tweet, it won’t pay out until this mess is resolved:

On July 28, we signed a Letter of Interest with Eastman Kodak. Recent allegations of wrongdoing raise serious concerns. We will not proceed any further unless these allegations are cleared.

KODK shares are now down 82% from their July 29 high. However, they’re still up a whopping 410% this year. I fail to see how these allegations will clear, but this is 2020. Anything is possible.

For now, steer clear of KODK — unless you have a masochistic streak, that is. I won’t judge.

The Ugly: Player 2 Has Entered the Game 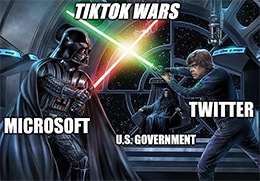 As if the situation surrounding TikTok couldn’t get any more convoluted, we now have a second potential bidder for the China-based social media upstart.

In case you’re wondering why you should care, here’s a quick rundown of events:

For TikTok, it’s deal-or-die per the U.S. government. For Microsoft, there’s the impression that it is receiving government help in acquisition talks. Not to mention, what would Microsoft even do with TikTok? Microsoft isn’t known for its success in the social media market.

Twitter joining the TikTok chase this late in the game could be advantageous. The company could properly leverage the TikTok platform in the U.S. market, unlike Microsoft. Furthermore, there would be less conflict of interest, since Twitter doesn’t have a presence in China. Microsoft has about 6,000 employees in Beijing, Suzhou and Shanghai.

However, while there’s less of a stigma attached to Twitter snapping up TikTok, there’s still the overriding presence of U.S. government interference in any deal. No matter how you look at it, this situation is just ugly all around.

What are your thoughts? Is this federal overreach? Should TikTok face a ban? Let us know: GreatStuffToday@banyanhill.com.

Remember that whole “consumer confidence” thing we’ve mentioned? The air of comfort the typical American feels with their money and spending? Yeah … we need to talk about that again.

In weeks past, we’ve harped on the growing disconnect between the rip-roaring market (*caveats below) and how average Joes and Janes feel about their own personal finances. We’re hitting that up again in today’s Chart of the Week, courtesy of VisualCapitalist.com.

Using the S&P 500 as a market barometer, here’s a look at when disconnect becomes dissonance: 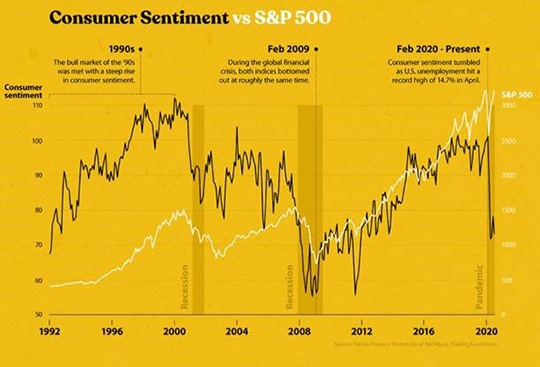 If you wondered, the consumer side of the picture is painted by the University of Michigan’s Index of Consumer Sentiment, based on survey responses about personal finance and business confidence.

You can see that the last time there was this much of a gap was back in late 2011 and early 2012. Now, consumer sentiment isn’t quite at the troughs it dug in the Great Recession, but the key difference is that the market followed confidence down the drain in ‘08.

Today? It’s like two different worlds: one grasping at straws and the other grasping for hope.

So what gives? How can there be this much of a disconnect? 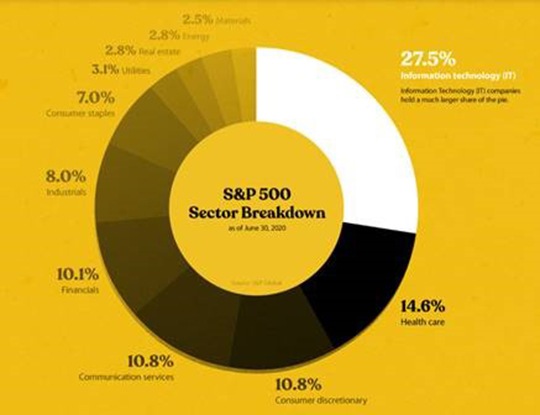 As you can see from the S&P 500’s breakdown, Wall Street sees Main Street increasingly as tech and communications. Gone are the days of manufacturing and industrial representation. It’s all tech!

What’s more, the tech and communication sectors aren’t as readily impacted by lockdowns and shutdowns, with many workers setting up shop at home and online in no time.

Plus, it’s the same tech and communication services that enable remote work in the first place — no matter the industry. (Hello from the remote finance world!)

You bet it’s these stocks (and e-commerce) that’s led the index’s growth during the recovery. At the same time, just 17.8% of the index is made up of consumer staple and discretionary goods — i.e., both your PB&J supplies and the latest Animal Crossing to play during quarantine.

Now that’s great, but I sense another “but” coming Mr. Great Stuff. Is it the Fed money you mentioned earlier?

Surprise, Federal Reserve Chairman Jerome Powell’s here with his unlimited stimulus to save the investing day. Thus lies the other major half of Wall Street’s disconnect with Main Street.

The Fed props up the market, while the average American is left with hopes of renewed stimulus talks.

It’s all tech and the Fed?

Great Stuff: Rock Back and Forth With Us

Now, it’d be easy to let the growing divide between the market and Main Street get you down in the dumps. But stick with Great Stuff, and we’ll stick by you — and bring you the silver linings in the news too.

The proof is in the electric pudding: If you happened to snatch up NKLA when we told you about the market’s overreaction on it, today’s electric garbage deal should put you firmly in feel-good territory.

In the meantime, you might as well check out the one volatility-beating strategy that we recommend, if you’re not one for sitting around and letting volatility sweep you by. Click here for the One Trade you need! 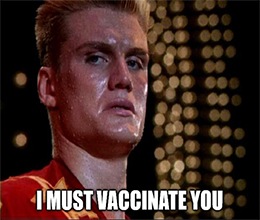