Double Your Money in 2 Years With This Perfect 2021 Investment 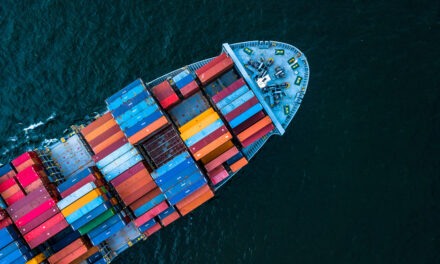 Recently, I performed an MRI on the guts of the global economy.

In the January 2021 edition of my Bauman Letter, released yesterday, I reported that the results were very good.

I also revealed how we’ll look to double our money by investing in the lifeblood of the global economy (details below).

We’ve taken a beating from COVID-19. We have a deeply divided government. We’re not likely to get the stimulus we desperately need soon.

But there is sunshine poking through the clouds.

That’s because multiple successful vaccines are on the way. And that means that “everyday” stocks beaten down by the pandemic face a bright 2021.

So to kick the new year off, we’re targeting an industry upon which almost every other relies … one so ubiquitous, we don’t even see it anymore.

And it’s quietly taking off like a rocket … up 20% in the last month.

Almost every physical product we consume spends some time in one. It’s the world’s most important industrial commodity.

That’s why I call these sturdy steel boxes the “red blood cells” of the global economy. They carry all the physical products that people need or want — the nutrient flows of modern life. We literally cannot live as we do without them.

And yet, average investors mostly overlook them.

We’ve made so much money from them over the last decade that we’ve lost sight of the fact that we can’t eat or clothe ourselves with their products.

For that, we rely on something else entirely … and unlike a social media profile, it’s not optional.

These containers are so critical, they’re everywhere.

Also called “intermodal” containers, they’re designed to work effortlessly with transportation systems on ships, trains and trucks. We see dozens of them every day attached to “big rigs” on our highways and roads. Anybody who lives near the coast sees them passing by on massive container ships.

Based on historical trends, industry experts project that the global marketing for shipping containers will reach $12.08 billion by 2027, a compound annual growth rate of 4.3%.

But those estimates assume the global economy will grow at a relatively slow rate — and in a straight line.

That may be true in the long run. But vaccine rollouts promise to spur a huge boost in economic activity in 2021. After a big zig down, we’re looking at a big zag back up.

Consider the chart below. It shows you some of that sunshine I mentioned earlier poking through the clouds. After big dips in global gross domestic product (GDP), there’s an equally rapid rebound. That’s what happened after the dot-com bust of 2000, and the great financial crisis of 2009. 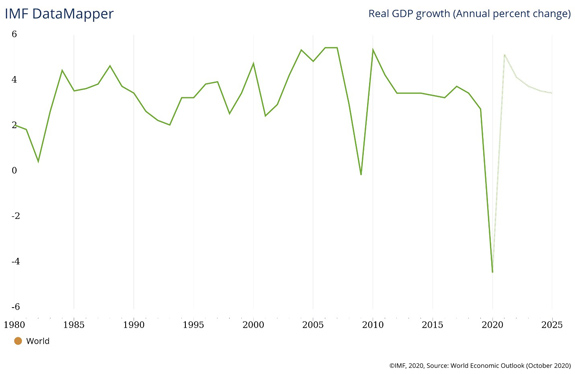 Those big zigzags are great for the shipping container business.

Shipping companies are run by clever people. Instead of carrying expensive and bulky inventories of shipping containers throughout the global economic cycle, they sell excess stock for scrap when the economy is weak, and buy replacements when it picks up again.

That works fine when the economy is following a normal cycle. But when there’s an unexpected crisis, and a big drop in trade is followed by an equally big recovery, shippers can be caught flat-footed.

That’s because it takes time to ramp up the supply of containers. Only three companies in the world make them. And shippers are no better at predicting the future than anyone else, so they drag their feet placing orders for new ones until the upward trend in trade is confirmed.

That’s why, when the global economy experiences a sharp and quick zigzag, shipping companies face a serious mismatch between demand and supply. They’ll do anything to get their hands on more containers to they can ship more freight.

Everybody assumed that the global economy was going to remain in dire straights for most of 2020. So shippers canceled sailings and sold thousands of containers for scrap to generate some income.

But thanks to a COVID-driven consumer shift from in-person services to physical goods — the laptops and office equipment needed to work from home, for example — and government stimulus, trade rebounded faster than anybody expected.

Physical trade volumes at America’s West Coast ports increased by the fastest monthly rates in history during August and September.

But because of the severe shortage of containers, so did freight rates — the price for delivering cargo. By September, spot rates for cargo shipments from East Asia to the North American West Coast were up 145% year on year.

The Best Way to Play This Situation

Add all of this up, and it might seem like the best way to profit from this situation is to buy container manufacturers now.

Instead, we’re adding a true pick-and-shovel company on which this industry relies. And I’m anticipating that The Bauman Letter subscribers have the opportunity to grab gains of 100% or more on this play alone … plus enjoy a dividend that’s closing in on 5%.

If you have not yet read the January Bauman Letter report, click here to find out how to subscribe…

And add this top 2021 stock to your investment portfolio sooner rather than later.

As an economist, nothing gets my attention like a mismatch between demand and supply. When then happens, and I spot an opportunity to profit from it, I move fast.

That’s why now is the perfect time to grab shares in the latest stock to enter our Bauman Letter model portfolio. 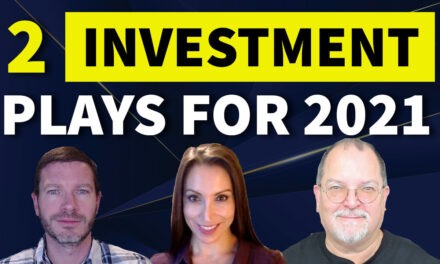 If You Could Only Make 2 Investments in 2021, Make These 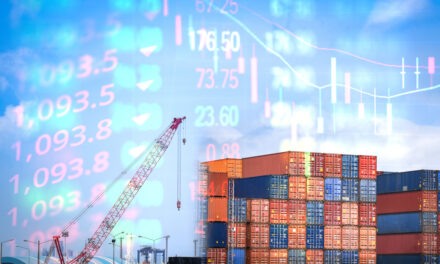 Consumer Demand and Trillions in Stimulus Make This ETF a Buy