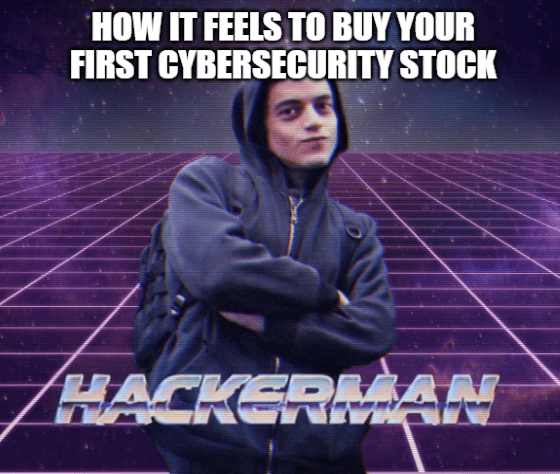 Only You Can Prevent Cybercrime…

Hold up, first I gotta prevent forest fires. Now I’m an online crime stopper? I didn’t sign up for this!

It’s Thursday, m’Great Ones, and if you couldn’t tell by now, we’re overdue for our weekly cybersecurity shindig — a celebration of cyber-sleuthing, if you will.

I mean, this wasn’t supposed to be a weekly reminder that the cyber defense market exists.

But since U.S. banking institutions, utilities companies, U.S. officials and talking analyst heads are all singing the cyberwarfare blues … we might as well start up the security drumbeat again.

The past few weeks, we’ve discussed the brewing tensions on the ground between Russia and Ukraine — and the rising digital threats in cyberspace, state-sponsored or otherwise. Just last week, we noted:

You can bet your bottom dollar that Russian hackers are going to go on the offensive after the latest round of anti-war sanctions.

But you know whom the who’s who turn to for cyber-sleuthing against you-know-who?

No, not for all the Whos in Whoville.

Who else but CrowdStrike (Nasdaq: CRWD)!

The one-time Great Stuff Pick not-so-quietly reported earnings last night and showed just why CrowdStrike is the chosen one for Amazon Web Services (AWS), banks like Credit Suisse and multiple state governments when it comes to digital protection.

A delectable double beat? Don’t mind if I do.

Better still, CrowdStrike hoovered up $1.73 billion in annual recurring revenue — up 65% thanks to those sweet, sweet subscription sales. 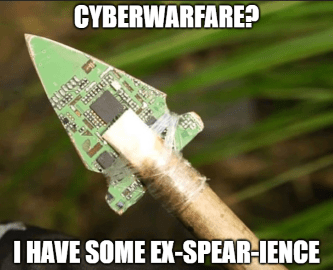 If all this cyber-success sounds familiar to you … it should.

Y’all longtime Great Ones banked a 314% gain on CRWD last November, when we sold the stock as it started to slide after reporting weaksauce 2022 guidance.

But today? Now that we’re actually in 2022? Well, well, well, CrowdStrike’s guidance is weaksauce no more!

Between rising digital threats, the growing reliance on cloud data storage and the ever-increasing push into the metaverse … the time to CrowdStrike is nigh. The company’s guidance paints a starkly different picture of the cybersecurity market than its previous reports.

CrowdStrike now expects revenue to land between $458.9 million to $465.4 million this quarter, with per-share earnings expected to come in at $0.22 to $0.24. Both figures trounced analysts’ expectations with room to spare.

CFO Burt Podbere chimed in with the understatement of the week:

We think there is a tremendous amount of demand. There is tremendous opportunity, and we’re going forward, so I think that when we guide, we took all of that into consideration.

While the deteriorating situation in Ukraine has heightened the risk of cyberthreats, it’s understandably also raised the awareness of cybersecurity on both a national and corporate level.

I’m saying more cybersecurity spending will come, whether it’s by subscribing to threat-detecting platforms like CrowdStrike … or flat-out buying up a smaller security firm, aka the Big Tech method.

Just yesterday, we mentioned that Google is buying up cybersecurity company Mandiant to help round out its security suite. And Pandora’s box of cyber defense spending was opened…

With everyone from government officials to cloud-based tech businesses in full-blown “hack the planet” panic mode, CrowdStrike remains a compelling name in the cyber defense space as it garners more corporate customers.

Don’t get me wrong: We took profits on CrowdStrike stock for the right reasons at the right time. Even with today’s 14% earnings-propelled rally, CRWD stock is nowhere close to the levels where Great Stuff sold it.

But CrowdStrike’s latest report and guidance show that the company might have a lil’ more juice to squeeze out of the cybersecurity space than it even expected.

If you can spare just $50 today … then you could take advantage of a very unusual opportunity to join forces with some of America’s best-connected billionaires.

Many of today’s moneymakers are staking millions of dollars on a radical new advance that Inc. magazine called “the most important technology of the decade.”

It has nothing to do with cryptocurrencies … 5G … blockchain … or green energy. Yet it could hold the key to a $30 trillion market windfall.

Here’s how you can position yourself alongside this amazing new tech for just $50.

Looking at all the market mayhem we’ve seen in just the first three months of the year, Build-A-Bear’s not wrong when it comes to its bid for caution. But saying the quiet part out loud doesn’t exactly spark investor confidence about the company’s future calamity plans … should those calamities come calling.

Expensive bears? How about we build-a-bear-bridge and get over it.

Should virtually everything head to hell in a handbasket like some doomsday naysayers are calling for, you’re gonna wanna build-a-bear-market bunker around that portfolio of yours.

Not sure how to get started? Here’s how to take the first step.

Not to be outdone by its Big Tech brother Alphabet (Nasdaq: GOOGL), which recently announced a 20-for-1 stock split that makes shares more palatable for investors, the retail king of the Amazon (Nasdaq: AMZN) just issued its own stock split statement.

Can you guess how many shares Amazon is slicing its current stock into?

Is it … the exact same stock split setup that Alphabet announced last month?

Ding, ding, ding, ding, ding! Lacking any real originality at all, Amazon appears to be following Alphabet’s move to a T. The company will offer a 20-for-1 stock split that takes effect on June 3, after which split-adjusted shares will begin trading on June 6.

Now, as we’ve explained in the past, companies split stock when their share prices become too expensive for the average investor. Looking at Amazon’s hefty $2,918 price tag … yeah, I’ll go out on a limb and say that’s beyond most everyday investors’ reach.

As you might expect, Amazon investors reacted positively to today’s news, sending AMZN stock up over 5%. 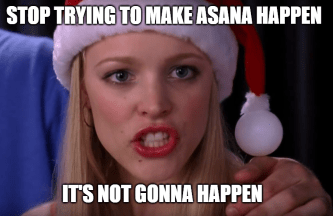 Any of y’all heard of Asana (NYSE: ASAN)?

You know … the “workflow” management platform that production companies across the land are always trying to peddle in the name of productivity? Anyone? Bueller?

Well, despite delivering better-than-expected fourth-quarter revenue in the range of $111.9 million — up 64% from the year prior — Asana still somehow managed to lose a reported $46.9 million over the last three months, or $0.25 per share.

According to Asana’s management, near-term financial pitfalls aren’t going away anytime soon, as the company plans to ratchet up investments that will help boost its business.

CEO Dustin Moskovitz says not to worry, though, as everything is going according to plan over in Asana land:

Many of the most recognized companies in the world are choosing Asana as their platform for cross-team work. Our product strategy is resonating, and the addressable market is large, representing over 1.25 billion knowledge workers. We are cementing our leadership position by increasing investments further to meet this large and growing enterprise demand.

I mean, what else is an exec who owns more than 54% of Asana’s outstanding shares supposed to say? “We’re still hemorrhaging money with no way to stop the bleeding … but better luck next quarter, chaps!”

Move over, EV Days. A brand-new saga is setting itself up for syndication as we speak. I call it: When Analysts Attack!

The star of today’s show is poor payment processor PayPal Holdings (Nasdaq: PYPL), which just got pummeled by BofA Securities analyst Jason Kupferberg. And by pummeled … I mean downgraded.

Kupferberg completely kablooeyed PayPal, moving the tech company from buy to neutral while simultaneously slashing his price target from $175 per share all the way down to $107 per share — representing an anticipated 38% drop in value.

What had Kupferberg so confounded over PayPal’s future profitability? Well, wouldn’t you know: It’s the unprovoked war that Russia’s waging against Ukraine … amongst “other” things.

See, PayPal recently joined the ranks of other payment processors like Visa (NYSE: V) and Mastercard (NYSE: MA), which are temporarily suspending services in Russia.

And while only 0.5% of PayPal’s total revenue came from Russia and Ukraine last year … Kupferberg thinks the situation could exacerbate the many maneuvers PayPal’s trying to pull off in what can only be described as a “transition year” for the company.

But not all analysts agree with Kupferberg’s assessment…

Enter Morgan Stanley Analyst James Faucette, who thinks the “market will better appreciate the strong underlying fundamentals of PYPL’s business” despite any first-quarter financial metrics that could get messed up because of the Russia-Ukraine crisis.

Now, y’all already know our thoughts on PayPal’s profitability problems … but even we have to agree that Kupferberg’s cold shoulder is surprisingly chilly.

That’s why we want to know: What side of the great downgrade debate do you fall on, Great Ones?

Do you think PayPal still shows promise in the ever-changing payment landscape? Or will PayPal’s days as a top payment processor finally bite the dust? 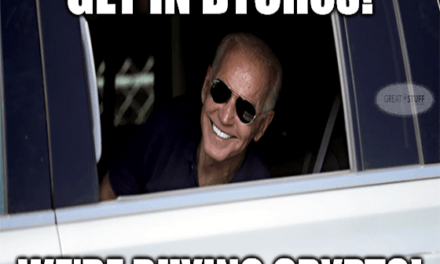 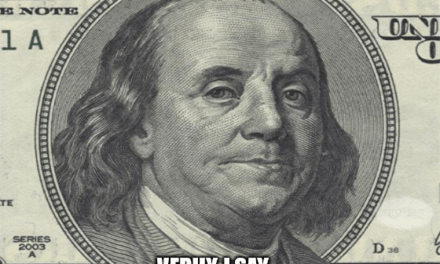