Coinbase Crashes — Why We Don’t Believe in Crypto Hype 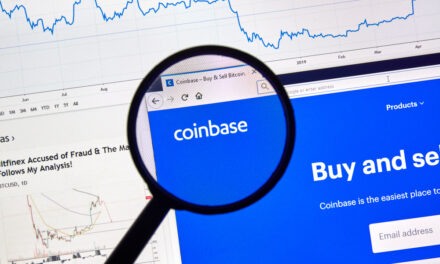 And just last month, it went public, initially adding to the euphoria around cryptos.

For those who attempted to buy or sell bitcoin in the early 2010s, the appeal was pretty clear. Back then, the time and effort of opening a crypto wallet put many investors off.

Wallets were complicated and unforgiving.

One California man famously forgot the password for his wallet and has been locked out for years. He estimates that the value of his bitcoins is in the hundreds of millions of dollars … if only he could get to them. And he’s not alone, either.

We’ve told you about how PayPal lets users buy and sell large cryptos like bitcoin and ether. Investors can trade even more coins in a Robinhood account.

And all you need to open those accounts are normal things like a credit card and an email (which you can use to get your password whenever you need).

Now, Coinbase is dedicated to cryptos exclusively. It has more coins on its platform than PayPal and Robinhood combined.

And it had a huge following of crypto fans around the world who were extremely excited for its initial public offering. But now, users who were looking to buy the recent crypto dip are frustrated at Coinbase’s site and app error.

It’s a great example of why we avoid hype.

Because generally, the real money isn’t made when everyone is jumping on board. Instead, the biggest profits are made behind the scenes…

If you’ve been reading American Investor Today for a while, you know that we don’t set much store in cryptos as currencies. We maintain that until you can pay your rent with bitcoin, it’s not really useful.

But we’ve also told you that we believe the technology behind bitcoin and other cryptos — blockchain — could genuinely change the world.

We compared it to the internet in the 1990s. Many people knew that it would be revolutionary, but there was a lot of turmoil in the markets between that realization and long-term profits.

For all we know, bitcoin may be defunct in 10 years. It could be replaced by a coin that hasn’t even been established yet. It could be exactly the same as every company that went public in the 1990s with a website and rose triple digits — only to be taken down by a lack of profitability.

Buying bitcoin and other cryptos today is still a big speculation…

A single tweet or headline can send the space into a tailspin. Just yesterday, bitcoin, ether and Dogecoin plunged as much as 30%, 28% and 31%, respectively. The plunge is mostly due to China announcing that its financial institutions shouldn’t accept cryptos as payment or provide any services using cryptos.

But the blockchain technology behind cryptos is going to remain, just like the internet itself endured.

And that’s where our opportunity is…

Fintech Will Lead the Way Over Cryptos

At a recent blockchain-focused event hosted by Forbes, one Visa executive said the credit card company had plans to support and integrate the blockchain.

Meanwhile, retailers like Walmart were optimistic about the technology’s potential to manage their supply chains.

Walmart would use blockchain technology to do things like track contaminated produce and meats. That would go a long way to curbing outbreaks of things like salmonella in its grocery stores.

That’s why we want to invest in the companies building out this infrastructure. The markets for these innovations aren’t based on hype, they’re based on consumer demand.

We’re talking about companies like PayPal and Square. These companies have invested heavily in blockchain technology while building out crypto transactions.

But we’re also talking about companies like Fidelity, which has committed to bringing blockchain solutions to Americans through its part in the Crypto Council for Innovation. That’s a lobbying group that hopes to make this technology more mainstream.

Smart investors looking to capitalize on these trends should check out the Global X FinTech ETF (Nasdaq: FINX).

It holds companies like PayPal, Square and Fidelity. It also holds companies offering financial tech solutions to businesses. And those companies could easily capitalize on a shift to blockchain technology.

Better yet, FINX’s share price is attractive today after the recent tech sector pullback last month. It’s about 20% off its February 2021 highs.

When it comes to cryptos … avoid any hype. Instead, invest in the financial tech companies that will actually benefit from the blockchain revolution by building out its infrastructure. 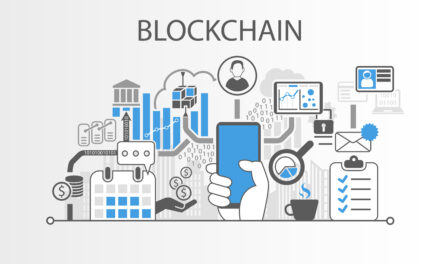