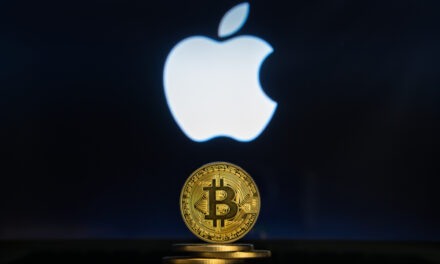 A recent lawsuit brought against tech giant Apple Inc. (Nasdaq: AAPL) could be a game-changer for the crypto space.

Epic Games, maker of the popular game Fortnite, sued Apple for restricting its ability to accept cryptos for in-app payments.

The fallout from this lawsuit could have a big impact on the 900 million people worldwide who own an Apple device.

In today’s Market Insights video, Steve Fernandez and I discuss what this development means for cryptos going forward.

Ian King: Today, I’m joined by research analyst Steve Fernandez. Steve, you’ve got some breaking news on Apple and the cryptocurrency market. What are you hearing?

Steve Fernandez: Yes, so, I guess you could say the talk is Apple is venturing into the crypto space. It posted a job advertisement for an alternative payment manager. So, it hasn’t confirmed its involvement in cryptos yet, but the timing here is probably not coincidental.

There’s a major lawsuit between Apple and the Fortnite game developer, Epic Games, where Epic Games basically said Apple was being anti-competitive in the way it handles its in-app game purchases.

That’s interesting. But really, what’s the most interesting about that is Epic Games specifically cited bitcoin and cryptocurrencies in its lawsuit as payment methods that Apple has not been allowing. That lawsuit was just finishing up this week.

Ian: Let me just clarify for all you non-gamers out there…

Epic Games makes a role-playing game called Fortnite. And in that game, you build a character, which is called an avatar, and you’re allowed to buy things for this character. And it’s a big source of revenue for the company.

I just want to clarify that, because video games have surely changed in the last 40 years since they first came out.

But, Steve, what I find really interesting about this is that a couple of years ago, Square actually had a job posting very similar for somebody that could program and use cryptocurrency. And within a year, it unveiled bitcoin buying on its CashApp.

I mean, is it possible, and how big could this be with Apple? I mean, how many users are we talking about here worldwide if Apple goes down this path?

Steve: Yeah, I mean, the first step is bringing on talent to get that off the ground. Apple’s opportunity is huge right now. The estimate is about 900 million users. So, that’s potentially 900 million eyeballs on cryptocurrency.

And, you know, even if a small fraction of those users actually use cryptocurrency for payments, that’s going to be a huge growth in crypto users.

Ian: Right. So, you know, there are 900 million Apple users. Let’s estimate, say, 10% decide that they want to buy bitcoin using their iPhone. So, we’re talking about 90 million potential new users.

How does that compare to the wallet size now? Effectively, how much would this add to the amount of people transacting in cryptocurrency, especially bitcoin?

Steve: Well, it’s kind of hard to judge how many wallets there are, because some people, as you know, have multiple wallets.

But recent estimates suggest that the number of cryptocurrency users surpassed 100 million in January.

So, it’s not illogical to think that the amount of crypto users could easily double if Apple does start accepting crypto payments.

Ian: That’s a pretty amazing stat. And this could probably happen within the next year or so if Apple moves forward. That’s pretty incredible.

And I think it’s kind of ironic because at the same time, Elon Musk said Tesla is no longer accepting bitcoin to purchase its vehicles. Now, you know, some people say, well, Musk hinted that he’s worried about the damage that bitcoin does to the environment by sucking up a lot of electricity and energy and using fossil fuels.

I think there’s something a little different going on there, where there weren’t that many cars purchased with bitcoin because, I mean, who wants to spend it if it’s been going up year over year? So, maybe you have more of a hoarding component in bitcoin than people who want to spend it on a Tesla.

Any thoughts on that, on Musk’s move recently?

Steve: Yeah, I mean, obviously Musk is a really outspoken guy. You could delve into his personality in an hour-long video. So, I wouldn’t read too much into him scaling back Tesla’s acceptance of bitcoin payments.

I think the bigger picture is there’s an overwhelming amount of companies that are now moving into crypto. So, the fact that Tesla even bought bitcoin to begin with, I think that speaks volumes as to what Musk sees in that technology.

Steve: Right, there was about $1.5 billion. When bitcoin surged after that, you know, the joke is Tesla made more money from bitcoin than it ever did from selling cars.

So, I don’t know why it stopped accepting bitcoin and investing in that. But we’ll see if it reverts back on that decision.

Ian: Well, Musk also announced that he met with some mining companies, and they talked about making the miners work primarily off of renewable energy and not fossil fuels. And there’s also been talk about China cracking down on the miners in China, and they’re looking for other places to move to.

So, there’s definitely a lot of shifting happening behind the scenes in the whole mining … let’s call it the regime, because you basically can’t have the bitcoin network if you don’t have these high-powered computers that are adding new blocks, validating transactions and securing the network, right?

Bitcoin works by taking energy and converting it into network security. So, this is a key component. And I think that if Musk — and there are others involved as well, I think Twitter CEO Jack Dorsey was on this call — can move bitcoin mining from fossil fuels to renewable energies, not only is it going to promote the use case for renewable energies, but now the critics who are saying that bitcoin is damaging to the environment, their argument falls on deaf ears.

Steve: Right. And, as you mentioned, bitcoin miners are going to mine regardless, and they’re going to look for the most efficient and cheapest way to do so.

Yeah, there are a lot of people that are concerned about the environmental aspect. But what you described is more of a network effect, where as renewable energy grows, as bitcoin mining or crypto mining grows using renewable energy, it should actually make renewable energy more efficient and better utilized.

So, you know, the crypto mining use case could be a major driver for renewable energy as well.

Ian: Right. And on the same point, if we do see Apple move in the next year or two to add cryptocurrency payments to its iPhones and a crypto wallet to the iPhone, I think that would really open up more people around the world to using bitcoin and transacting with it. 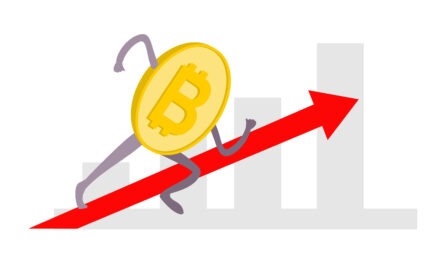 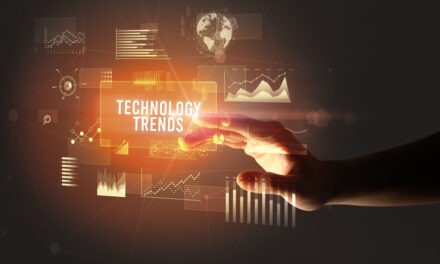