‘Peak U.S.’ — U.S. Domination Is Over and Investors Are Watching This India ETF

I had no idea what I was doing.

It took me at least five bets just to learn how to say my bet to the teller.

It took me a lot longer to win one.

I was in Las Vegas with my dad and brother to bet on horses. It was an expensive excuse for male bonding time.

We sat at the sportsbook in the Bellagio Casino first.

That first day, my impromptu betting strategy failed. That was no surprise.

I had just learned how to decipher the race-day program. But frankly, I thought I could do better guessing than pretending to know anything I read about the horses.

I was betting on horses with pathetic odds.

If they pulled off a miracle, it would pay more than the same bet on a horse with favorable odds.

Think of it like value investing meets gambling … with blinders on.

My brother was winning money with his trademark calculated spontaneity.

I was cursing every bet I made.

On the second day, I tried something different.

We’d settled in at the sportsbook in Planet Hollywood.

Its fancy level was several rungs below the Bellagio’s, but the layout of the TVs was better for following all the races.

I scanned the program, widening my eyes to see in the low light of the casino.

I was looking for an undervalued horse, one with unfavorable odds but a recent history that suggested it could do well in the race at hand. Then I’d bet on that horse.

In the same race, I’d hedge that bet with a show bet on the horse with the best odds.

If I picked the winner, it would pay big.

If not, there was a 67% chance the favorite horse would at least come in third place, and I’d get back most of, or all of, my bet.

I doubled my money that day.

Now, I don’t recommend you go to Vegas with this strategy. But consider it as you decide how to put money in the stock market this year.

The U.S. Economy Is Still the Favorite Horse — But Not for Long

Last week, an analyst from Morgan Stanley said “Peak U.S.” will be the next big investment idea in the years ahead.

Peak U.S. is the notion that the U.S. outperformance is coming to an end. We’ll begin to lose some of our economic growth and interest rate advantages.

That got my attention.

The U.S. economy and stock market have gone gangbusters.

In the last nine years, the U.S. economy expanded by 41%, and the Vanguard Total U.S. Stock Market ETF climbed 129%.

The Federal Reserve’s benchmark interest rate rose tenfold, from 0.25% to 2.5%, and the value of the U.S. Dollar Index climbed 10%.

The rest of the world couldn’t keep up.

Japan’s economy grew only 11% in that time, and the iShares MSCI Japan ETF underperformed the U.S. market. But it rose by 35%.

The euro area, a group of 19 countries, saw its collective economy grow by 24%. That’s barely half the amount of the U.S. economic growth.

What’s worse, the Vanguard FTSE Europe ETF only eked out a 2.5% gain.

While China’s economy expanded by a whopping 163%, its stock market flopped because several headwinds slowed down the pace of growth. The iShares China Large-Cap ETF lost 8%.

The iShares MSCI Emerging Markets ETF didn’t do much better. It only shed 2%.

Hindsight explains the reasons for this gap between the U.S. and the rest of the world.

The Laggards Catch Up When U.S. Advantages Fade

Horse racing is about separating the winner from the losers.

It’s not the perfect market analogy. But Peak U.S. suggests that investors’ favorite horse for the last nine years — the U.S. economy — might soon lose its kick.

It appears the U.S. is due for a mild recession sometime in the next 6 to 18 months.

Recession or not, the U.S. lead will begin to narrow.

That doesn’t mean the laggards will run any faster. But they might pay out better than another bet on the horse named the American Dream.

If the outperformance of the U.S. has peaked, investors will start to move their money elsewhere.

This alone will even the odds and could even help the lagging economies, especially the emerging markets, find their stride again.

To take advantage, consider where investors might see the biggest winnings in the years ahead.

India is a popular destination for investment capital. At 7%, it has the fastest rate of growth among major world economies.

India might have some overhang in its real estate market. Loan creation in the country might be lower and slower than desired.

But a pause in the U.S. Fed rate hiking cycle gives the Reserve Bank of India room to address any issues and stimulate activity.

That’s not a bad bet.

Of course, it might not hurt to keep some money on the American Dream too.

Stay tuned for my article next week, where I’ll explain how Peak U.S. helps lagging countries find their stride. 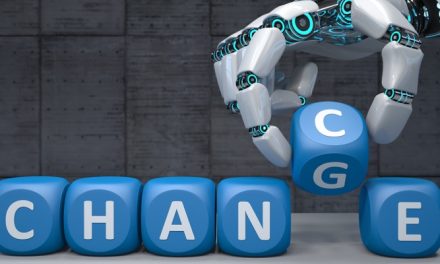 Don’t Fear the AI Wave — Ride It and Profit