Alibaba Is the Only Giant Company With 40% Upside Next Year

How many mega-cap stocks can you name that have the potential to grow more than 40% in the next year?

Your list is probably limited to a handful of companies, if that.

Maybe even Tesla Inc. (Nasdaq: TSLA), especially if you are among the millions of Elon Musk fans.

What about retail stocks with 40% upside through 2018? Now it’s getting interesting.

Amazon.com Inc. (Nasdaq: AMZN) was likely your first candidate. But there’s that pesky bet on Whole Foods that would have to pan out for Amazon to even come close to that kind of growth.

The fact is, to find any giant company with that kind of growth potential, there is only one place to look right now: China.

The Chinese e-commerce market is forecast to grow roughly 50% through fiscal 2018, with $1.5 trillion in sales projected next year.

It’s far and away one of the fastest-growing markets in the world right now. Chinese online retailers — not Amazon — are primed and ready to take full advantage of this growth.

The Genie Is Out of the Bottle

Like many traders, Alibaba likely popped up on your radar earlier this month when Wall Street lit up following the company’s quarterly earnings report.

The Chinese e-commerce specialist said that profits rose 94% to $2.2 billion on e-commerce sales that jumped 56% year over year.

For BABA stock regulars, however, those results were par for the course.

Since 2013, Alibaba has seen net income climb nearly 40% year over year, on average. Gross revenue, meanwhile, has surged nearly 69%, on average, by the same measure.

By and large, this growth has come solely from within China — Alibaba’s home turf. But the company is increasingly expanding outside of China’s borders.

In fact, cross-border e-commerce sales have picked up significantly in the past two years, rising to more than ¥219.8 billion (US $33 billion) last year.

After expanding into India and Southeast Asia, Alibaba now has its sights set on the U.S. market.

Earlier this year, the company held a major conference in Detroit for American entrepreneurs and small businesses. It showed them how to market and sell their products to billions of Chinese consumers via Alibaba’s Tmall e-commerce portal.

Access to the world’s largest economy can only mean more upside for BABA stock.

When it comes to investing in BABA stock, there are few bad times to get in. Right now would be one of them if you’re looking for the best bang for your buck.

The stock is up sharply following Alibaba’s quarterly earnings report, and analysts are continuing to pile on with upgrades and price target increases.

I agree with this analysis, but I believe that many analysts are also missing the effect that rising bullish investor sentiment will have on BABA stock. The company will continue to post quarterly increases in revenue and earnings that beat analysts’ conservative growth targets.

I believe BABA stock has the potential to hit $250 by next year. That’s a 40% rise from its current trading range, but still below this year’s gain of more than 90%. 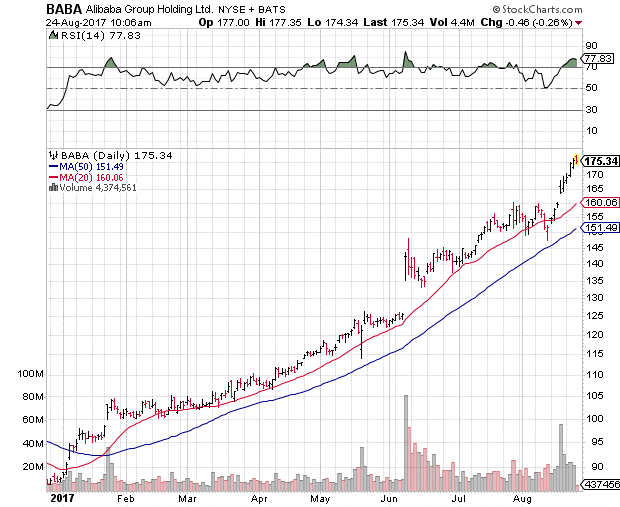 As such, buying in now isn’t a bad option. A 40% return is nothing to sneeze at.

However, BABA stock has a habit of consolidating in the wake of such events.

Profit-taking from short-term speculators is sure to emerge in the next couple of weeks. BABA stock could pull back to the $165-$170 region before it begins to turn higher once again.

Such a pullback would make an excellent buying opportunity that increases your potential returns in the long run.

Editor’s Note: Paul predicted the tech crash of 1999 and the financial collapse of 2008 months before they happened. And now he’s made the biggest prediction of his distinguished career: a historic technological breakthrough that’s about to cause one industry to surge 8,000%. To find out how to buy the right stocks — including three you need to own right now — simply click here to watch Paul’s special video presentation. 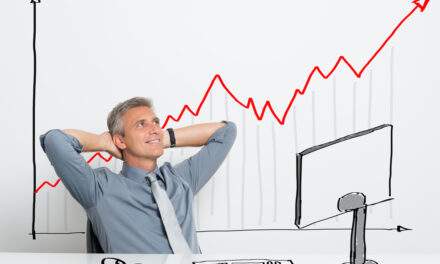 The Biggest Pharma Breakthrough of 2017