Do You Hold the Bias That Caused the 2008 Crisis?

The door chimed as I rushed into a Crown Wine & Spirits.

My friend was throwing a get-together in 30 minutes, and I was empty-handed. So let the hunt begin!

Maybe a nice bottle of wine would prove my house-guest worthiness. Or maybe some craft beers. Honestly, I didn’t have much of a plan other than: “Must show up with something.”

As I wandered around the store a bit, a few women in a corner waved me over. I didn’t know them, but I’ve heard that when people call you over, it’s polite to acknowledge their existence.

It turns out they were giving away samples of Zignum mezcal. After only a few words, I had a tiny margarita in my hands.

The conversation kept going as I tried to be polite. Then, 20 minutes later, I was sitting in my car with a pricy bottle of mezcal for myself and a bottle of wine for the party.

It wasn’t until that moment I realized I didn’t even like mezcal.

So why did I buy it? Was I just hypnotized? Had aliens abducted me?

Well, it wasn’t until I took Michael Carr’s technical analysis class earlier this month at the New York Institute of Finance that I realized … I had just spent money based on an unconscious trigger. I felt like I had to buy the mezcal because I’d already spent time and energy on it. That’s called sunk-cost bias.

Some of you may have read my articles about sunk-cost bias and the other biases you have as an investor over the last two weeks. I’ve had a lot of great feedback from you on the topic. So thanks for writing in!

After reading your notes, I realized many of you have made similar knee-jerk buys like my mezcal mishap — and just like me, you didn’t fully understand why you did it. Except, in those cases, we’re talking about investments.

So today, I want to continue with my exposé on investor biases and give you one big reason you’re getting in your own way. That way, when you make your trades, you’ll have full awareness of why you’re making them (and don’t end up with a bottle of mezcal you have no intention of drinking).

The Big Bias Behind the 2008 Crisis

Here’s a big reason for the 2008 crisis: saliency bias.

But here’s the thing: Sometimes available information is used simply because it’s available — and not because it provides a complete picture.

Imagine someone who watched the local news recently. Let’s say there were a few scattered stories about muggings. Nothing has drastically altered in terms of how much crime is being committed in the city, but the viewer now feels much more vulnerable when they walk outside.

The knowledge of this violence is salient in their mind — and the driving force behind their actions now.

So how is this relevant to investing?

Well, in 2007, salient information “proved” that prices were rising. It was one wild bull ride, with talking head after talking head raving about how great the market was doing. Most investors didn’t think anything could alter that, so they ignored the risks.

To top it off, in 2007, many investors had never seen real estate prices decline before. They just saw a booming housing market. They simply refused to believe it could end.

So we can see the problem here: Limited information can be dangerous. But how do we fix it? How do we know what we don’t know?

Well, technical analysis has a fix: Simply review historical data. This places the price action in context for you. Plus, it allows you to understand the risks based on what has happened before.

Here’s an example Michael Carr gave in his class for the housing market crisis: 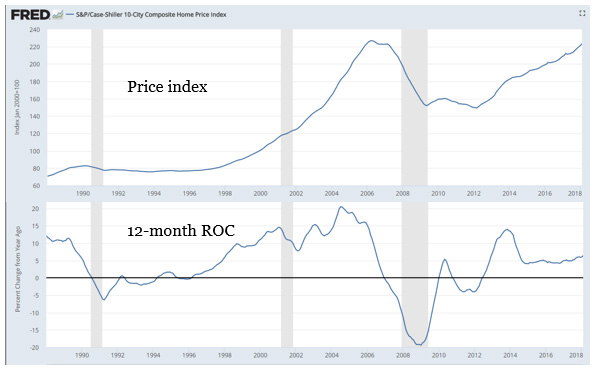 As you can see, those who thought prices would just keep rising weren’t taking into consideration the market’s 12-month rate of change. (This gets calculated by adding the data from the last 12 months and dividing that by the 12-month total from a year prior. After a little more math, the answer gives us the market’s growth rate expressed as a percentage of the prior 12 months).

In this case, the market’s 12-month rate of change was completely inconsistent with bullish predictions!

So I urge you to consider history when making your trades. In fact, consider multiple time frames in general. If you trade based on weekly data, then it’s critical for you to understand the longer-term trend in the monthly data.

That’s how you can stay in complete control when making your trade decisions — and, most importantly, not give into impulses to buy alcohol you hate.

If you need help interpreting that historical data, then I suggest following an expert in the field. You can get started by clicking here and learning more about Michael’s analysis tricks. 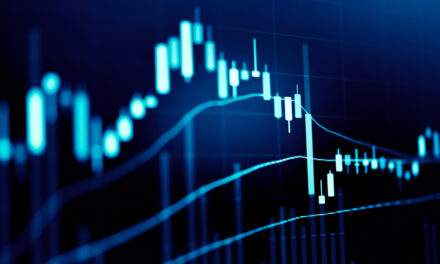