Your Pick-and-Shovel Play for 2020 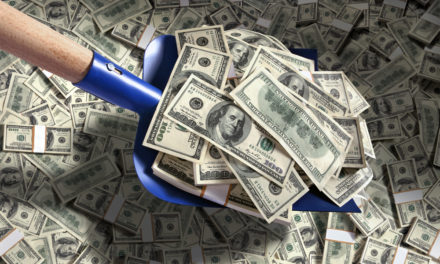 I really hope you’re enjoying Bauman Daily — a FREE benefit to your subscription. Throughout the week, Ted Bauman and his team of analysts will speak their minds to help you make and keep your money.

“Ted, man, you’re like a stuck record. But you’re the right record.”

So said one of my colleagues at our recent annual holiday gathering in West Palm Beach, Florida. His comment told me two things.

First, he’s old enough to remember vinyl LPs … the kind that would get scratched, then play a couple of bars of music over and over.

Second, he’s a smart guy, because he agrees with me: The most reliable gains come from companies that sell things other companies need.

Tens of thousands of prospectors flooded into California in 1849, looking for gold. Most of them lost their shirts.

But the companies that sold them those shirts — such as Levi Strauss & Co., still going strong today — made a fortune. So did the purveyors of picks, shovels and gold pans.

Sure, a handful of prospectors hit the jackpot.

But the smart money knew that the “pick-and-shovel” companies were going to be solid double- and triple-digit winners for years on end.

What are today’s pick-and-shovel companies? Read on.

Boring Companies Are the Best

It’s true. I gravitate toward these kinds of companies.

For example, it doesn’t matter whether your kid’s next smartphone comes from Apple, Samsung or Nokia.

One company supplies over 50% of the microchips that go into all of them. No matter who’s leading the smartphone race, anybody invested in that microchip maker — like the readers of my Bauman Letter — will profit big-time.

You don’t need to become an expert in whether iOS or Android is a better operating system. You just need to know that both of them need the same chips.

Another company has rapidly become the microprocessor supplier of choice for companies that use a lot of high-powered computer servers, such as Twitter or Amazon. It’s beat the S&P 500 Index by almost 300% since I added it to my Alpha Stock Alert portfolio.

There’s one thing all these companies have in common … and another reason I love them so much: Pick-and-shovel companies aren’t sexy.

Apple CEO Tim Cook is always in the headlines. Same with Tesla’s Elon Musk. Hundreds of freelance financial writers flood investor websites with articles dissecting those companies’ performance and prospects. All they want are clicks. So they exaggerate in either a bull or bear direction.

It makes ordinary investors nervous. Which headline is the right one? Should I buy Apple? Should I sell? Honey, I can’t sleep. I’m going to go watch reruns of Jim Cramer!

By contrast, pick-and-shovel companies tend to fly much further under the radar. So besides making their investors solid returns insulated from the ups and downs of consumer markets, they’re pretty much angst-free.

The pick-and-shovel metaphor is perfect for my favorite crop of such companies. That’s because they specialize in dirt — i.e., real estate.

Yes. But not just any real estate. I’m talking about the real estate that makes the modern technology economy possible. Without this type of real estate, there’d be no cellphones, no Google, no Internet of Things, no 5G … none of it.

Well, except for one thing.

A few pick-and-shovel companies own the only thing that Big Data truly needs: the physical infrastructure that stores and transmits that data.

Think about it. Your fancy smartphone does all sorts of wonderful things that produce big profits for Big Data. But without servers to store digital information, fiber-optic cabling to transmit it to your local cell tower and that cell tower itself, your cellphone is nothing more than a beautiful, elegant brick.

And that’s precisely why my favorite pick-and-shovel companies of the Roaring 2020s are those that own data centers and cellular transmission towers. My Bauman Letter portfolio holds several of them.

But there’s an easy way to grab some of those profits: Invest in the Pacer Benchmark Data and Infrastructure Real Estate Sector ETF (NYSE: SRVR). Here’s how it has outperformed the S&P 500 over the last year:

So here’s my inaugural tip for Bauman Daily readers: Scoop up some digital dirt, and prepare for a rocket ride of profits! 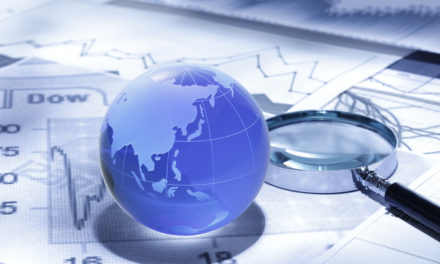 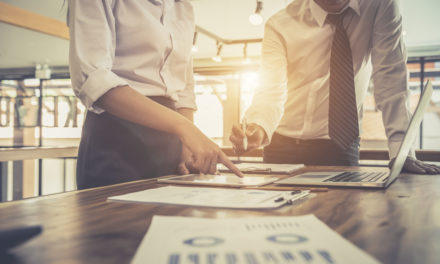 How to Evaluate a Company Before You Invest: Balance Sheets