Why I’m Watching the Dollar 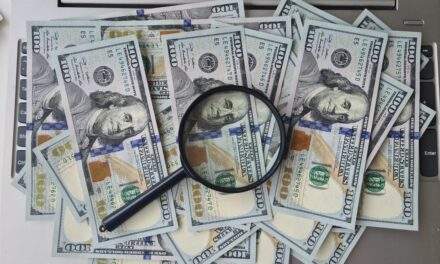 Many consumers believe we’re already in a recession.

In a recent survey, 20% of consumers said the recession has already started. An additional 70% expect to see a recession within 12 months.

That 20% are right in a way. Their families may be experiencing a personal recession. The economy contracts slowly, and people start losing jobs months before economists officially agree that a recession is underway.

That means the economy will get uglier. Today, I cover all the major signs that make it feel like the recession has begun… and the one anomaly in the economy that confirms we’re not there yet.

Fortunately, I have a timing tool that has the power to outperform the market even in recessions that I’ll tell you about as well.

Symptoms of a Looming Recession

Problems associated with recessions develop in time. It takes longer to find jobs as the slowdown nears. The number of job losers unemployed at least 15 weeks is up 63% in five months. If you’re in this group, or know someone who is, it may feel like a recession.

The 70% expecting a recession in the next year could be worrying about their jobs. Many companies are already cutting back. Microsoft is cutting jobs. So are Snap, Netflix, Robinhood, Beyond Meat, and Salesforce among others. Cuts are also expected in finance and other sectors.

Unemployment is just one symptom of recession. Slowdowns in real estate also occur. In fact, this process is already underway.

According to The Wall Street Journal, existing home sales fell for an eighth straight month in September. That’s the longest stretch of monthly declines in 15 years. Ignoring the slowdown associated with the start of the pandemic in 2020, this is the worst housing market since 2012.

Recessions are also associated with declines in the stock market. With major averages down more than 20%, this process is well underway.

It’s pretty clear that everything seems to be worsening in lockstep. That is, almost everything. We have one market that’s still holding up. And it confirms we haven’t reached a recession yet…

Why the U.S. Currency Is Climbing Higher

The dollar is the only market that’s moving higher at a time like this. Take a look at the chart below. It shows that the dollar is still rising. As you can see, it’s dropped at the beginning of every recession since 1981.

Now, it makes sense that the dollar would fall in a recession. The dollar’s trend is a measure of the economy’s strength. When the U.S. economy is strong relative to the rest of the world, the dollar rises. Weakness indicates that other economies are growing faster.

This time, the dollar isn’t falling even though the recession is still approaching. That’s because this time could be different.

Other countries also face a recession. The U.K. is likely already in a recession. So is Europe. Only Asia is still growing, even if that growth has slowed dramatically. It could be enough to push the dollar down at some point.

Note that currencies trade in a relative market. This is different than stocks, which trade based on absolute value. The value of a stock reflects what traders think of the company. They buy and sell based on that value.

In the currency market, however, money moves to the strongest market. It’s possible that all economies globally could be in decline. But some currency would still need to go up. That would be the currency of the country that’s the least worse off economically.

So that explains the dollar’s strength for now. The U.S. economy may be better off than most. However, that will change as the recession takes hold. A declining dollar will be the signal that the recession is beginning.

Recession or Not — We Have the Tool for Finding Winners

Monitoring the economy and markets for signs of a recession is important. But at the end of the day, an official call shouldn’t matter to traders. Stocks are still moving, whether it’s here or not.

Bear markets and recessions often go hand-in-hand. That’s bad news for buy-and-holders. But short-term traders thrive in bear markets. In fact, it’s one of the ideal times for trading short-term to secure profits.The key is to trade the market you see, not what you think you should see.For that, you need to focus on your indicators. Stick to your trading rules, no matter what the economy does.With my Greed Gauge, the trading rules are simple: Buy on green, sell on red. This indicator calculates levels of investor fear and greed as it monitors every single stock in the S&P 500. When it flips green on a ticker, you know other traders are about to rush in.So you buy and wait, until it flips red again. Then, you take your profits quickly, before other buyers rush out.The Greed Gauge is the masterstroke of my Precision Profits strategy, a short-term trading approach that has outperformed the S&P 500 3-to-1 over the past two decades. And it has been proven to be profitable in 7 of the last 9 market downturns.Just this month, we were able to lock in gains of 54%, 62%, and 66% in just five days or less.Stocks move fast in bear markets. Right now, this is the best timing tool available to individual traders. You can learn how to trade the Greed Gauge here. 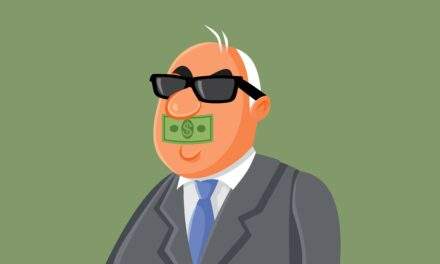 The Government’s No. 1 Dirty Secret About Inflation 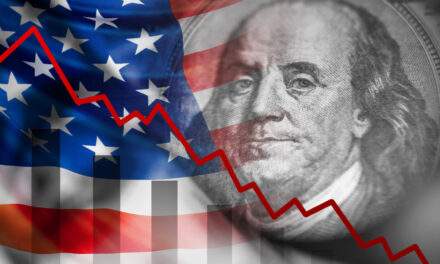