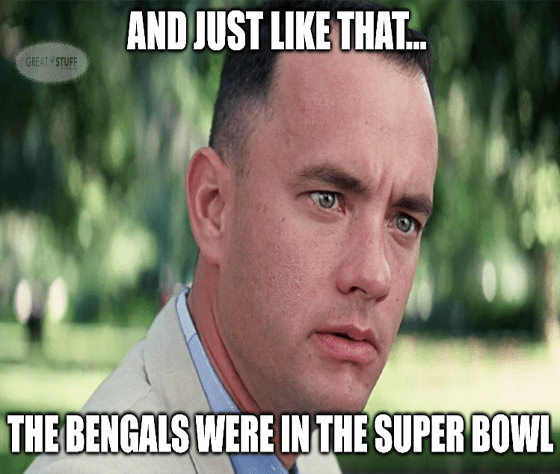 Ronald Regan was president. “Two Hearts” by Phil Collins topped the charts, and the original Nintendo Entertainment System (NES) was the most sought-after Christmas gift ever. I didn’t get an NES that year — much like the PlayStation 5 I couldn’t find this year.

But I did get a much bigger gift: the Cincinnati Bengals in the Super Bowl.

And this Sunday, Sunday, Sunday … the Bengals return to the biggest game on the planet to play the Los Angeles Rams for the Vince Lombardi Trophy. You know I’ll be glued to my seat.

If you’re a true Great One and never miss an issue, you know that I’m a lifelong Bengals fan. It comes with the territory of living in Northern Kentucky: Wildcats basketball, Cincinnati Reds baseball and Cincinnati Bengals football.

All right, Mr. Sports Fan … can we move this trip down memory lane along a bit?

Right. If you’ve never heard me talk about Bengals football this year, it’s because I didn’t want to jinx them.

It’s a Bengals thing … I also haven’t shaved since they entered the NFL playoffs.

Eeeww. I guess we should call you Mr. Grizzly Adams then?

So, why am I fanboying today? Because my rooting for the Cincinnati Bengals could be bad for your stock market returns. 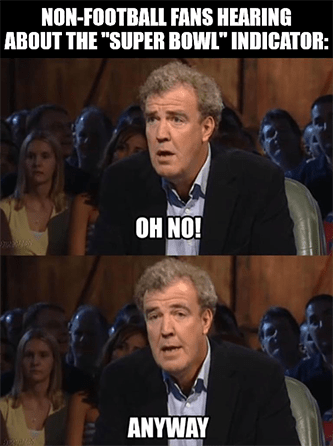 According to the Super Bowl Indicator — yes, this is a real thing — if a team from the National Football Conference (NFC) wins the Super Bowl, it means that the stock market will rise this year.

Conversely, if a team from the American Football Conference (AFC) wins, it means we’re headed for a bear market.

For the non-football fans out there, the Bengals are an AFC team, and the Los Angeles Rams are an NFC team.

Well, it certainly isn’t based on anything scientific, that’s for sure … or is it?

Now, as much as I want to see your portfolios rally this year … it’s been 33 years since the Bengals went to the Super Bowl … and they’ve never won. Sorry, Great Ones. It is what it is.

But Detrick says not to lose hope if the Bengals win. In fact, AFC wins have been good for stock market bulls in the past 20 years:

Interestingly, there have been 55 Super Bowl winners, yet only 20 teams account for those wins. Of course, we’d never suggest investing based on this, but history would say that lately AFC teams have been quite good for stocks, but I’m also a Bengals fan, so I’m clearly biased.

He’s even got a nifty little chart:

As Ryan would say: “The data don’t lie.” I know y’all are closet Bengals fans, so you don’t have to worry about your portfolios when they win on Sunday.

Bengals win, 31-28 on a game-winning field goal from Evan “Shooter” McPherson. And as a bonus, Bengals quarterback Joe Burrow will be named Super Bowl MVP. That’s my story, and I’m sticking to it.

And, since this is an investing newsletter, I’m predicting that the stock market will finish higher this year after a second-half bull run. Inflation will level out. The pandemic will finally die down, and investors will rush to buy bargain stocks across the board — but mainly in tech and growth stocks.

Got your own predictions? Let me have it at GreatStuffToday@BanyanHill.com.

America’s $100 TRILLION industrial revival is underway, according to the World Economic Forum. Sixty-three million good factory jobs are coming back to our shores.

And one little-known North Carolina stock is making this possible. Click here for the full story.

Gabbing With The Gurus

Luckily, I’m buddy-buddy with the biggest names here at Banyan Hill. So, I reached out to all your favorite Banyan stock pickers and analysts to get their take on the Super Bowl Indicator.

Here’s what they had to say:

I only deal in Rugby World Cup indicators.

Sigh … leave it to the guy who spent 25 years in South Africa to be a rugby guy. I hear Ted’s also a cricket fan — the only sport where you can get your wicket sticky.

Well, if you happen to be a rugby fan, there is an indicator for you as well. Apparently, the stock market of the nation that wins the Rugby World Cup enjoys a bull market rally for the next three months or so.

That said, if you were looking for some of Ted’s non-rugby-related insights, you can find out more right here.

I’m going to tell you the truth about the Super Bowl Indicator. It’s not about the stock market, or football. It’s about socialism and capitalism.

But the long-term average is hiding something very important. The Super Bowl indicator stopped working in 1995. Prior to that, the stock market generally showed a loss after an AFC win. Since then, returns have been about the same no matter who wins the big game. 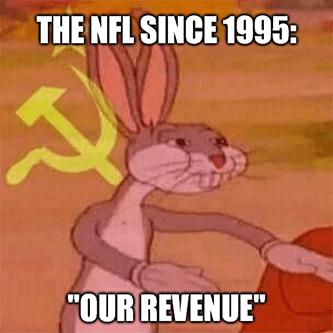 NFL teams share about 60% of television revenue along with ticket and merchandise sales. Revenue sharing was created by Pete Rozelle, NFL commissioner from 1960 to 1989. His dream was that “on any given Sunday, any team can beat another.”

But each team keeps some revenue from suites and other amenities. This still made some teams more competitive than others.

That all changed in December 1993, when Fox agreed to pay $1.58 billion over four years to televise NFC games. CBS had owned those rights for almost 40 years and had bid less than $300 million for the package, according to reports at the time.

Cash from Fox and other TV rights deals began flowing during the 1994 season.

This opened the door to big money for all teams and leveled the paying field (not a typo). Since then, money has poured into the NFL, and on any Sunday, any team can win. That includes the last Sunday of the season.

Interestingly, there’s a reason the indicator worked so well before 1995. It’s capitalism.

NFC teams were located in the Rust Belt, the cities that were the nation’s cultural centers when the NFL was founded. The upstart AFL placed teams in cities where new money was building wealth with technology.

Prior to 1995, the NFC teams depended on a booming economy to generate revenue. When they won the Super Bowl, it meant the steel mills and other businesses in middle America were thriving and their fans were filling seats in stadiums, providing funds to sign the best players. An NFC win signified a booming economy and that set the stage for an up year in the stock market.

For this year’s game, don’t look for an indicator on the stock market. Look at it as a lesson on what happens if socialist ideas take hold in America and everyone is equal — not as equal as the 32 billionaires and multimillionaires splitting billions of revenue, but equal in a less affluent way.

And for the rest of the Banyan Hill gurus who didn’t reply … I’m guessing you’ve got NFL and stock market secrets you’re holding close to your chest. There’s only one thing to say to that:

If you have a stock or investing idea you’d like to see covered in the Great Stuff weekend edition, let us know at: GreatStuffToday@BanyanHill.com 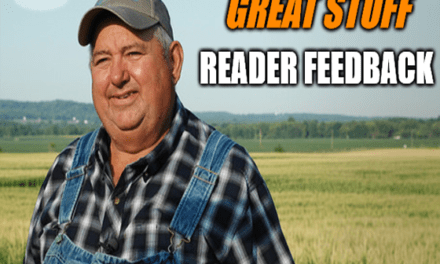 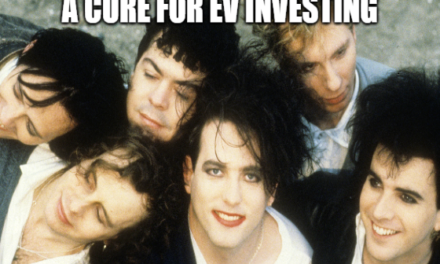