Watch Out for the S&P 500 Death Cross

After a volatile October, most key trendlines have been broken for the S&P 500 Index.

It plunged right through them all, barely giving notice to many of the previous key levels.

With the index below both its 50- and 200-day moving averages, it’s time to have real concern that further declines are on the way.

But if the next bear market is something that keeps you up at night, there’s just one indicator in the S&P 500 you need to watch — the death cross. 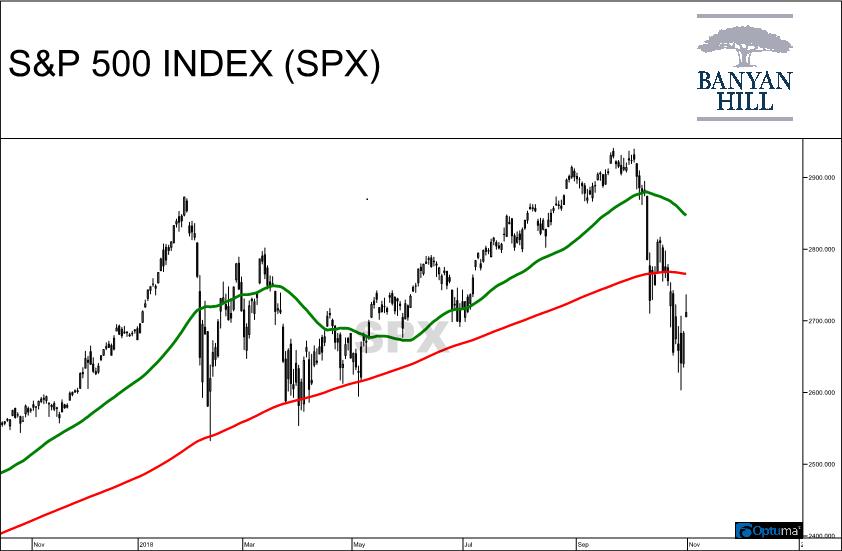 Right now, it looks like there’s plenty of room between the two moving averages. But keep a close eye on them, because the death cross can happen rapidly if we don’t get a solid bounce off of these lows.

Even though the death cross is widely followed, it is still one of the most reliable indicators.

One of the best reasons for using it is to predict bear markets. Because we won’t go through a major bear market like we saw in 2008 until the death cross occurs.

When that happens, you’ll know it’s time to exit and wait for a bottom.

By following the death cross as the time to get out of the market, the largest declines are kept to around 20%. That’s compared to declines of more than 50% on multiple occasions if you just used the buy-and-hold method.

During the financial crisis, the death cross occurred in December 2007. The market fell another 50% from that level.

This indicator isn’t always perfect. Sometimes the market will trade sideways for a bit after it occurs.

But the takeaway is clear — get out of stocks when the death cross occurs.