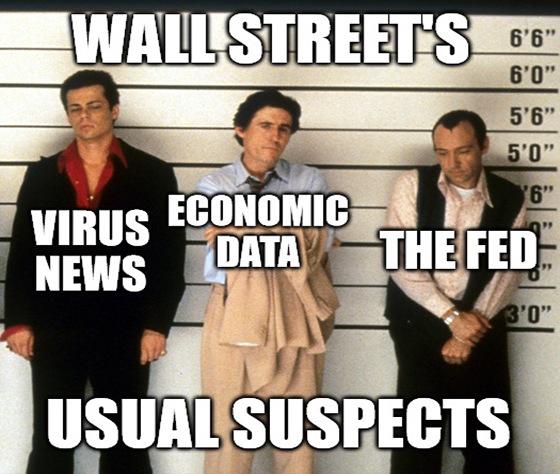 The market’s usual suspects are at it again. I’ll let you argue over who’s Mr. Pink, Mr. Brown, et cetera.

There are three reasons why the market rallied today: coronavirus news, economic data and the Federal Reserve.

The biggest of these, naturally, is the Federal Reserve. Yesterday, Fed Chairman Jerome Powell announced that the Fed would start buying corporate bonds to maintain credit liquidity and keep the bull market humming along.

Or so Jerome says. We all know this move was designed to support asset prices, especially since the news arrived right after the biggest market plunge since March.

As you can see, with the Dow up sharply today … it was very effective.

But rogue economist Ted Bauman, editor of The Bauman Letter, sees this situation a bit differently:

The Fed is Mom and Dad, supporting zombie companies. Just like adult “kids” who never learn to fend for themselves, the capital tied-up in unviable companies never gets recycled into something more useful.

Then there’s the clinical trial news that, as MarketWatch put it, “reduces death in some severely ill” coronavirus patients. As you know, the market loves anything that implies that COVID-19 is over — or will be over soon.

My hang-up, and it may be purely with MarketWatch’s wording, is the “reduced death” thing. Is that kind of like death lite? Or, I can’t believe it’s not death? Coronavirus, now with reduced death. Personally, I’ll hold out for “death zero,” but that’s just me.

The final member of the market rally’s usual suspects is economic data. U.S. retail sales soared 17.7% in May, according to the Commerce Department. The growth more than doubled the 8.4% increase Wall Street expected to make the largest rebound on record.

But, let’s be honest here. While the COVID-19 treatment and the May retail data are nice window dressing, that’s all those data points are right now. There’s still too much uncertainty in the economy, and we don’t have an actual cure for COVID-19.

We all know that the real reason the market rallied is because of the Fed, which is now buying almost everything under the sun on Wall Street.

Editor’s Note: Volatility … uncertainty. “Don’t panic!” and “Don’t miss out!” are always easier said than done. Ted Bauman is no stranger to kangaroo markets and unhinged investors. That’s why Ted’s model portfolio in The Bauman Letter is actually three diversified model portfolios in one!

Plus, there’s the “Endless Income” portfolio for opportunities to generate income in the meantime. Trust me when I tell you that Ted is the man to have in your corner when volatility like this hits the market! 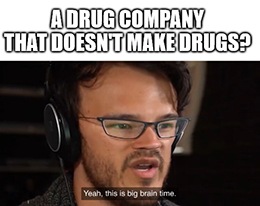 Are you ready for the biggest initial public offering (IPO) of 2020?

But just what is Royalty Pharma? The answer is in the name. The company doesn’t develop drugs or treatments — it invests in them and collects royalties. According to the company’s IPO documents:

Since our founding in 1996, we have been pioneers in the royalty market, collaborating with innovators from academic institutions, research hospitals and not-for-profits through small and mid-cap biotechnology companies to leading global pharmaceutical companies.

The company also plans to offer a dividend payment yielding 2.3% at its midpoint. Keep your eyes on this one — it could be one of this year’s hottest investments. 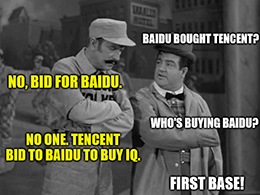 According to the infamous “people familiar with the matter,” Tencent looks to lower costs with its own streaming endeavors and take advantage of increased online streaming during the pandemic.

Currently, Baidu Inc. (Nasdaq: BIDU) owns 56.2% of iQIYI. The familiar people said that Tencent approached Baidu about buying a stake, but that talks are in the early stages. Plus, the size of said stake is yet to be determined.

A tie-up between iQIYI and Tencent would put more than 110 million paid subscribers under the same roof. By comparison, Netflix Inc. (Nasdaq: NFLX) ended last year with about 167 million subscribers.

IQ shares jumped more than 20% on the news but have been unable to hold above long-term price resistance near $24. If no further news results from this rumor mill, it might be a good time to take profits on IQ. 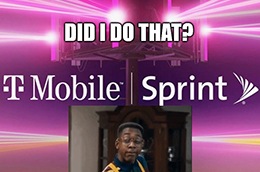 While integrating newly acquired Sprint into the fold, T-Mobile accidentally fragged wireless communication across the U.S. The problem was so widespread that both Verizon Communications Inc. (NYSE: VZ) and AT&T Inc. (NYSE: T) were forced to issue statements:

“Verizon’s network is performing well. We’re aware that another carrier is having network issues. Calls to and from that carrier may receive an error message,” a Verizon spokesperson told CNN.

“Our network is operating normally, but it’s possible some customers are unable to reach people on other carriers’ networks,” AT&T tweeted yesterday.

How bad does your integration process have to be that you single-handedly disconnect an entire country’s wireless network?

Naturally, some people were very unhappy about yesterday’s outage, which even affected 911 calls. And by some unhappy people, I mean the Federal Communications Commission.

As a side note, Japanese investment goliath Softbank looks to sell two-thirds of its stake in T-Mobile. No, this doesn’t have anything to do with T-Mobile’s screw-up yesterday. SoftBank just needs the $20 billion it can make off the sale to offset the $18 billion it lost in its Vision Fund earlier this year.

Today’s a special Tuesday, dear reader, and it’s not just because you’re reading this!

Well, that’s part of it, but you see, it’s Two-Quote Tuesday!

This is yet another sign the Fed is going to do everything under their power to help liquidity. … Worries over a second wave? No worries, the Fed is here.

How’s it hanging out there, Mr. Detrick? We haven’t chatted since we slung options during our Schaeffer’s days.

As Ryan not-so-subtly says, we’re not done with the Fed’s Wall Street credit binge just yet. Y’all already know how I feel about the Fed propping up the market — fake it until you make it.

The point is, we’re in a whole new league of unlimited stimulus froth and roll. Flocks of traders who normally would’ve abandoned ship by now are gambling with a spirit rarely seen outside of Vegas, baby.

It was basically free money, so, you know, I decided to play around with it. You might lose some, you might win some. It’s like a gambling game.

The big question here: How long can the Fed make the money printer go brr?

If the Fed runs out of printer ink before the economy rights itself, well … I don’t really want to think about that right now.

Before I go, have you taken a second to write to us yet? No?!

Why, it’s time to feed the beast for this week’s edition of Reader Feedback!

Whether you want to talk up the kangaroo market, credit liquidity (I bet) or your latest near-bankrupt gambles, we’d love to hear from you. So drop us a line: GreatStuffToday@BanyanHill.com. 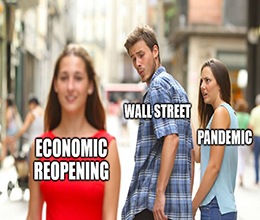