Use the Rally To Crash-Proof Your Portfolio 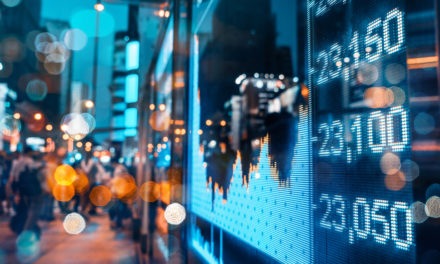 This rebound in stocks is not sustainable.

That’s what I’ve said at Bauman Daily for a few weeks now, and I’ve taken some heat for it. Some folks say I’m needlessly pessimistic.

But when it comes to investments, I follow three cardinal rules.

Second, earnings are the most important data point. No matter which way stocks are heading today, I’m looking at earnings to see where they might head tomorrow.

As I explained in my video on Friday, and in yesterday’s Your Money Matters video with Clint Lee, corporate earnings in the United States can only go down from here.

But that doesn’t mean you can’t take advantage of the bump in the meantime.

In fact, now is the perfect time to cull your portfolio’s herd of its weakest members.

A Tale of 2 Crashes

That crisis was a breakdown of credit markets. Financial institutions all over the world held assets backed by U.S. mortgages. When the U.S. housing bubble popped, the value of those assets plummeted. Banks’ balance sheets were wrecked. Credit markets shut down and economic activity screeched to a halt.

So when the Federal Reserve injected liquidity into financial markets via quantitative easing (QE), credit markets and the real economy started back up.

Some of the Fed’s money went to the real economy, but a lot of it went to speculate on the stock market. That’s why we experienced the combination of a raging 10-year bull market and an economy that bumbled along at slow growth rates.

The current crisis is an entirely different beast.

Workers must stay home, and businesses are closed. Even businesses lucky enough to remain open are seeing a steep decline in demand. Most Americans are afraid to spend right now because of unemployment or uncertainty about the future.

This is a completely different set of problems. Yet the Fed has resorted to the same playbook, including more QE. That has done two things.

First, as in 2009, it’s restored calm to financial markets. Now, the Fed has promised to buy almost every kind of debt. That prevents the debt from being marked down to its actual market prices under crisis conditions. Financial sector balance sheets are protected … for now.

Second, because increased financial liquidity is irrelevant to an economy that isn’t operating, little of this money is going to actual businesses. Instead, it’s flooding into the stock market and chasing up prices.

Stocks were already overvalued coming into the COVID-19 crisis.

I’m hardly the only person who realizes this. Big institutional investors know it too. When baseline economic data and earnings reports catch up with the crisis on the ground it will trigger the double bottom that I’ve predicted.

How to Play the Bump

After 2008, investors knew they could safely return to the market once the Fed had committed to its QE program. The Fed’s actions, combined with the congressional stimulus of 2009, restarted the economy. Other than housing and related sectors, investors knew earnings would rebound quickly.

But in this crisis, nobody knows when we’re going to see enough progress against the virus to allow the economy to restart. Every day, economic activity that would translate into corporate earnings isn’t taking place.

So eventually even QE won’t be enough to keep investors in the game. They will start selling again and wait until there is clarity about when earnings will restart — when the real economy is up and running again.

In the meantime, some sectors will experience a world of pain. Some of them may be rebounding slightly now on false hopes about the Fed and about restarting the economy. But that won’t last. Soon we’ll see their prices take another dive.

So if you own companies in these sectors, either take profits by selling back to the original value of your position or sell the position altogether. These include:

We’re in a real economy crisis, not a financial crisis.

But because we’re in a crisis of the real economy, it isn’t difficult to spot stocks that are going to decline in price when reality catches up to the market.

That makes now an excellent time to sell them. 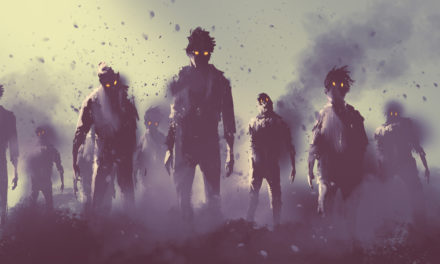 This Isn’t the Zombie Apocalypse — Jobs Will Come Back