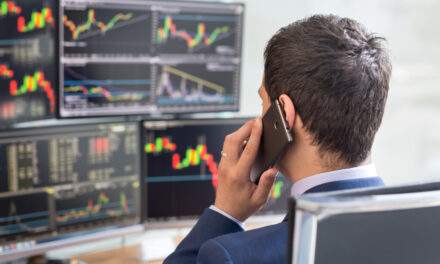 Our unusual options activity for today is going to be a little different.With the crisis in Europe escalating the past few days, the unusual activity from last week just doesn’t hold the same weight it would otherwise.Stocks are swinging sharply, and no one has any idea what Putin is going to do next.I have Ukrainian and Russian friends with families in both countries. On Tuesday they weren’t worried one bit. Saying it was just politics and no one would attack.That all changed Wednesday, and now they’re fearing for their families’ lives as the situation remains active.There will be more developments this week and any news could spook the markets. But that doesn’t mean we should freeze up on the sidelines.Volatility is great for options traders, plus we can trade both sides of the market — bullish and bearish.Here’s how I’m adjusting to the market’s volatility…

Last week, when we got the initial plunge Thursday morning after the invasion, traders were more than willing to buy the dip.I was one of them. And we made quick overnight gains of 118% and 73% in Fast Lane Profits by adding calls against the drop.That was a point of panic that offered a short-term opportunity — buying when others are fearful.Now, with more volatility expected, I don’t think it’s going to be as easy as “buy the dip” this time. At least not for a couple of weeks.I’ll still jump in with calls this morning, just to see what happens. But I’ll be quick to cut losses.Just think, even with all the news and movement in the markets last week, the S&P 500 still closed higher by just under a 1% gain.That’s remarkable. And it means the S&P 500 is holding above a key support at 4320. 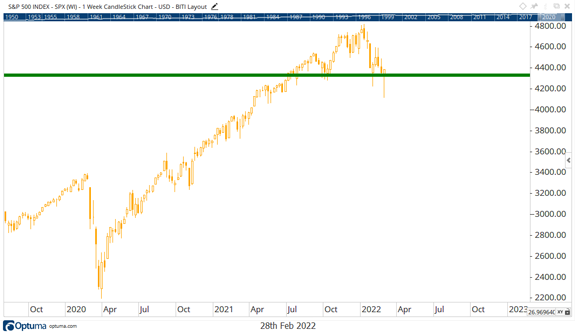 We are seeing some weakness at the open today, but this is the level I’ll be watching, 4320 on the S&P 500.The index can fall below it some, like we did last week, but ultimately, you’d want the index to close above it by the end of the week.If not, we can expect much more pain in the weeks ahead. That’s how I’m going to be playing this market with options to profit from the big trends developing.And of course, my scanner picked up some unusual activity to give us some clue as to where we should place our bets.

Last Thursday, the two most unusually traded options were on the S&P 500 via the SPDR S&P 500 ETF (SPY), and Tesla (TSLA).When the market opened lower Thursday, traders were pouring into S&P 500 put options, betting on an even further decline.As the market rebounded, they flipped, and scooped up millions in Tesla calls, many that don’t expire until 2023.Friday the activity leveled off a bit and was spread around to more companies, but anyone who got in early in the day, could have easily exited by the end of it with a profit.TSLA wasn’t alone, though. We also saw some heavy call buying in DOCU, PYPL, and UAL.I also noticed some heavy put action on TSM, TSLA, and IWM. Nothing as clear as the sentiment on Thursday, which largely followed market action, but still noteworthy.Keep in mind, volatility remains elevated, which means you are paying a premium no matter what options you buy.Another key thing to keep in mind is the selling may not be over. So don’t be afraid to find short-term opportunities going with that trend.If the S&P 500 is under 4,320, it’s a good time to add bearish positions.Once it’s back above that level, you can look to add bullish trades to profit from a nice rally.Regards,

Chart of the Day:Russian Citizens Are Having a Stressful Morning 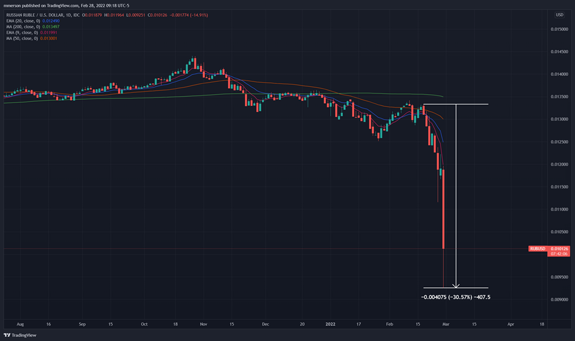 It’s not often that your currency loses 30% of its value in a week. But that’s exactly the situation Russian citizens are waking up to this morning.Sanctions against Russia’s financial system from NATO countries escalated across the board over the weekend. A number of Russian banks have been expelled from the SWIFT payment messaging system, its central bank’s assets have been frozen, and the U.S. banned the central bank from any dollar transactions, preventing it from accessing the reserves it’s been building up for years.Aside from the ruble losing 30% of its value, the Russian central bank doubled interest rates and the Moscow stock exchange was hastily closed for trading Monday.That makes for a tough day to be a Russian citizen just trying to get by. There were even reports of bank runs at ATMs over the weekend.I don’t have a particularly tradable insight on this, as I’m no currency expert. But I can say that it feels as if irreversible damage has been done to Russia’s economic system. Should the military continue to advance on Ukraine, which is reportedly holding its own in the conflict, this can only get worse.If you’re facing losses in Russian stocks or assets, my advice would be to bite the bullet and get out now. Things will likely get much, much worse before they get better.Regards, 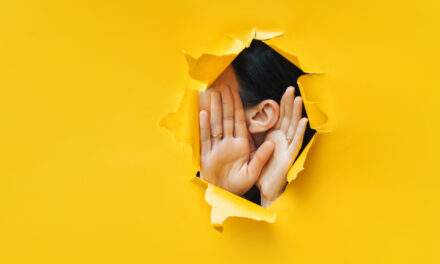 Paul Wants You to Hear This…

How We Beat the House on Las Vegas Sands