Home » American Investor Today » How We Make Our Strategy Even Better

How We Make Our Strategy Even Better 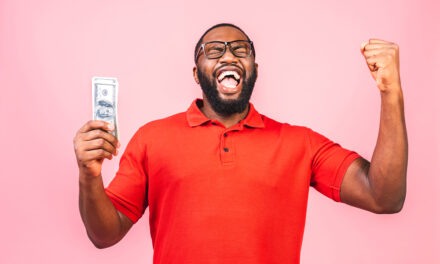 I love being on a winning streak.

It gives you the feeling that everything you have put into a strategy, all the blood, sweat and tears in developing a profitable approach, is paying off.

And no matter how many times it comes, it reminds me of why I put in the work to trade the markets.

We are not here just to do better than the S&P 500 each year. We are here to crush it.

And my Quick Hit strategy has nearly quadrupled the stock market over the last four years.

Even still, after closing out seven triple-digit gains last December, I knew we could do better.

My strategy has achieved the success it has seen so far by exploiting one of Wall Street’s most misunderstood moneymaking wonders: the “post-earnings drift.”

Very few people know what it is.

But even fewer know how to profit from it.

For me, it has become one of the most reliable moneymaking forces in the market.

Here’s how I made it even better…

After Earnings, There’s Another Pop

You see, when the vast majority of people trade earnings, they buy stocks before the announcement. They are hoping to catch a quick 5%, 10% or 20% pop.

I trade them after.

And I use options to capture gains that have the potential to average 20% in one to two months (and have run as high as 288% in three).

See, when a company releases an earnings report that beats Wall Street’s expectations, it’s no surprise when the stock pops the next day.

Wall Street realizes it was grossly mispricing the stock.

It scrambles to rerate the price, increase targets and update research reports. This can create a positive feedback loop that can reverberate in the markets for weeks.

It can even take an entire month or two before the stock fully reflects what its new price should be.

(In fact, my best trade of all time was in Caterpillar … we took 50% on the first half after only one month, then two months later captured a 526% gain on the second half for an average gain of 288%. Incredibly, the stock only moved about 22% higher, but the options climbed 20 times that!).

In fact, they should be two and a half times better, on average, per trade.

See, early on in the service, I implemented an approach to sell the first half of our trades at 50% to reduce our risk and to capitalize on any quick movements in the options market.

I wouldn’t say it was a bad decision.

But looking back at the past four years, I realized that making a simple change could drastically boost the returns for my readers.

And after making that change to start this year off … I’m glad we did.

We closed a 295% gain on the first half of a trade we made following the adjustment to my strategy — in just four days.

Historically, had we done this, the average gain per trade would have been two and a half times better.

I thought we had to be conservative!

But I’ve finally realized when a strategy is this good, you don’t have to cheat yourself by selling early, hoping to take your profits off the table.

Of course, we won’t always have plays that hit as much as 295% in four days on the first half. That was one of my biggest, fastest plays ever.

But it speaks to the power of my strategy. And it’s why I’m not shy about calling it the “Ultimate Trading Strategy.”

It has been one of our most popular publications at Banyan Hill for good reason.

Click here to see my full presentation on my Ultimate Trading Strategy.