Home » Economy » Government & Politics » Tensions With Russia Are Growing, According to the Market

Tensions With Russia Are Growing, According to the Market

We know news stories are often fake. But news is useful information. That means we need an unbiased source for news.

Fortunately, there is one truly unbiased source of information.

Financial markets filter stories for risk. The market reaction tells us which news stories to worry about.

And right now, markets are telling us to worry about Russia. 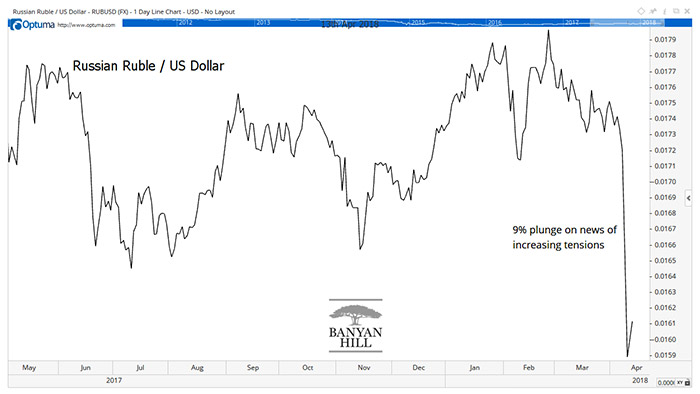 On April 6, the U.S. imposed sanctions on Russia. New rules limited business with a number of President Vladimir Putin’s allies. The Russian ruble fell slightly on the news.

But, on April 11, President Donald Trump tweeted the following: 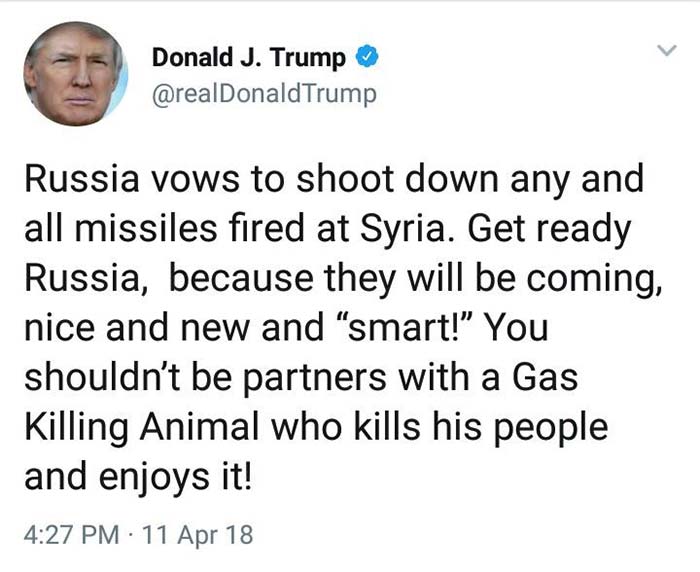 Market action revealed a panic as Russians sold rubles, perhaps trying to move assets out of the country.

Obviously, Trump’s tweet worried the markets. Traders understand there are a number of military forces in a relatively small space in Syria.

Even smart U.S. missiles that hit their target could kill support personnel from Russia or Iran who happen to be in the area at the time of impact. These personnel could be medical or technical advisers who were in the wrong place at the wrong time.

Traders remember that other wars have started because personnel were in the wrong place at the wrong time.

The combination of sanctions that could threaten Russia’s fragile economy and the confusion that exists on the ground in Syria has traders and diplomats concerned. Diplomats will work in secret, behind the scenes, to prevent a broader conflict.

Traders will assess their efforts in public, pushing the exchange rate of the ruble up and down in response to tensions.

This Natural Resource Uptrend Is Unstoppable