Heads up, everyone. This week has the potential to set the stage for the stock market for the entire year.

It marks the busiest week of earnings reports — over 100 companies are set to announce their latest results.

Tesla (TSLA), Facebook (FB) and Apple (AAPL) are just some of the big names on the docket. We pay the most attention to the companies on the S&P 500 because they’re the biggest and most heavily traded.

And we can expect to see them report three straight quarters of negative earnings growth. We went through a historic pandemic, economic shutdowns and a global economic slowdown.

But we also saw a quick snap back for the stock market.

Even with all this chaos in 2020, the markets are sitting at all-time highs.

That’s why this earnings season is so important.

Wall Street analysts expect a fourth straight quarter of negative earnings growth.  That will be the first time we’ve seen that since 2016.

But after doing the math, there’s something about this earnings season that has me excited.

Not just excited for earnings, but for the whole economy.

Earnings Have Been Bad — That Could Soon Change

For three straight quarters, companies in the S&P 500 have reported negative growth. We’ve only seen one positive quarter in almost two years.

And experts expect that to continue. They’re calling for a 6.8% drop this quarter.

But here’s the thing. Companies try to game the system by setting a low bar heading into earnings. Then it’s easier for them to “beat” the expectations.

On average, companies beat earnings expectations 74% of the time. And they beat earnings by an average of 6.3%. But this year, even if  earnings are higher than expected, it still won’t be enough to get us back to positive territory.

However, over the previous two quarters, companies have done much better. With the economy bouncing back from the pandemic, we’ve seen companies beat expectations 80% of the time and by more than 20% on average — that would be enough to hit positive growth. 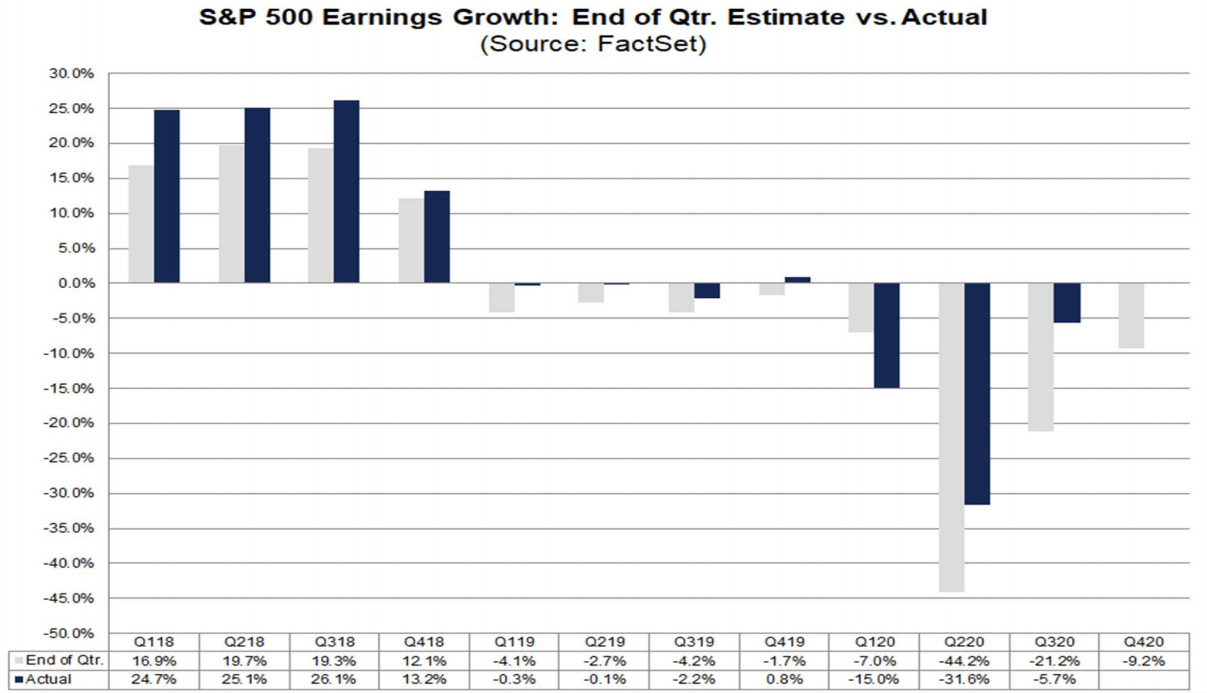 We’re seeing signs that the good news could keep rolling in, but we’re cautious.

Corporations may show earnings growth for the first time since the fourth quarter of 2019. This could mean the trend finally turns around.

Already in the first few weeks of the earnings season, about 26 companies have reported earnings. And 96% of those companies have beat analysts’ expectations.

Now, that’s something to really get excited about.

It has been a wild ride over the past 12 months with an ongoing global pandemic.

There is light at the end of the tunnel, though. As corporations get back to growing their profits, it will fuel the entire economy.

And as the American economy continues to rebound, it’s going to help push the stock market even higher.

That is something to look forward to over the next few weeks as earnings begin to roll in.

Even though I expect a solid quarter of earnings, I don’t recommend buying ahead of the announcement.

This is still an extremely volatile event, and we don’t know which way investors will see it — better than expected, or just a short-term rebound?

I prefer to wait until after a company announces earnings, then take action. Believe it or not, this is actually the best time to jump in. The best part is that these plays work in bear markets just as easily as bull markets.

And to take advantage of the short-term price moves, we use options to maximize our returns.

I’ve created a weekly letter dedicated to breaking down the world of options so that anyone can trade them for huge profits. I call it my Weekly Options Corner, and it’s completely free. Just click here to sign up and begin profiting with options. 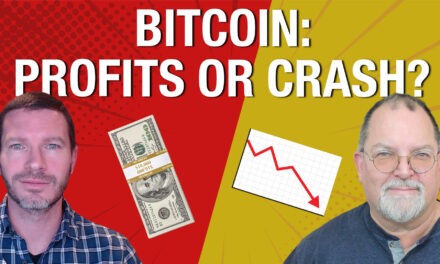