The Most Bullish Word to Hear on an Earnings Call 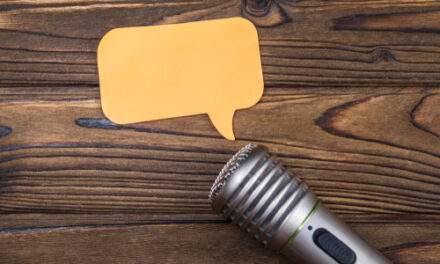 “But Mom…”I hear the words “but mom” dozens of times a week.Somedays, no matter what I say, I hear “but mom,” followed by an incredibly wrong supporting argument.I’m not always proud of my response. Sometimes I give the same answer my mom gave me: “because I said so.”Now I know why she did that. Whatever follows the “but” is really just a long way for kids to say “because I want to.”Based on that experience, I was surprised to learn “but” is actually a bullish word. At least that’s what a study of 30,387 earnings call transcripts found.Such a word — used most often to demonstrate a second, opposite possibility and hedge an argument — doesn’t seem like something that would be good to hear on an earnings call.But per the study, using the word “but” tended to relay more information, and actually encouraged investors to buy the stock.Today, I’m breaking down the earnings call. I’ll show you why you should look for this key sign if you’re ever tuning in, and demonstrate the truth behind trading earnings calls that lies within this strange dynamic.

Earnings calls are one part of the earnings game I mentioned on Sunday.The earnings announcement is a press release with some generic comments accompanying full financial statements. Professionals spend days writing the comments, yet there isn’t much useful information in them.After that’s released, company executives generally hold a call with analysts and investors.Here’s where it can get interesting.The call starts with a review of the numbers in the earnings announcement. Management, often the CEO and CFO, share some prepared remarks. Then, the audience gets a chance to dig deeper.While anyone can attend these calls, generally only analysts get called on to ask questions.Management knows this is a high-stakes game. The stock price could sell off if they don’t directly address tough questions. So, a company’s top managers use what researchers call contrastive words. These are words “that introduce corrective and/or unexpected information.” In practice, the contrastive word is usually “but”.CEOs and CFOs use “but” for the same reason my kids do. It lets them add information they think is important even though no one asked for it.For example, Boeing’s CFO answered a question about how the company would increase productivity by saying. “So short-term investment — short-term challenge but long-term significant gains for the program. And that’s really where we got everybody focused.”While this is just a sophisticated way of doing what my kids do, it’s different because in the stock market, it works.Boeing missed analysts’ expectations that quarter. However, a well-placed “but” helped investors overlook that problem.The stock jumped more than 5% on the news. Shares of Boeing rose another 14% in the next three weeks.Answers like this are relatively rare, occurring in just 1.79% of the calls. But they offer important information which encourages buyers to pile into the stock.

This shows how difficult it is to assess earnings. In an average quarter, about three-quarters of companies will beat analysts’ expectations. Many of those stocks will go up on the news. Some will fall.The same uncertainty applies to companies that miss expectations. Many will fall, but some will go up.It’s impossible to know in advance how traders will react to the announcement. But my colleague Chad Shoop has found a way to trade earnings with less risk.He doesn’t sacrifice potential rewards, either. He’s identified over 53 triple-digit winners over the years, all by doing just one thing different to cut the risk of trading earnings in half.Better yet, Chad has a proprietary signal he looks for to know whether any stock is likely to continue rallying in the weeks and months ahead.By only focusing on the stocks that have produced this signal the most in the past, Chad has basically countered the unpredictable nature of earnings reports.It’s no wonder his system has produced an average trade that beats the S&P 500 by 7.5x over the same span.Now, if you haven’t heard all about Chad’s earnings system straight from the man himself, I highly urge you to click here and check out his newest presentation.It answers basically any question you’d think to ask about it.But you have to do it quickly. After tomorrow, this comes down. And frankly, I’m not sure when it’ll come back.Regards,

Chart of the Day:Look Who Showed Up 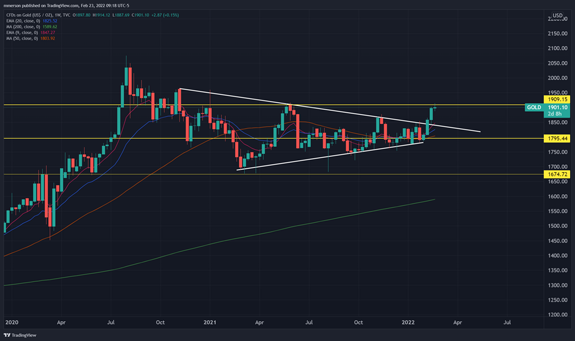 It took the existential threat of World War III as Russia continues to nudge its way into Ukraine — on top of runaway inflation and a global pandemic — but gold is finally confirming a breakout and heading higher.After countless painful weeks of consolidation after gold’s first move past $2k in summer 2020, it seems that all that stored-up energy is being spent to the upside. The 9- and 20-week EMAs have crossed above the 50-week MA, and gold broke out of the ascending triangle.I don’t have it on this chart, but momentum is generally neutral with an RSI perking up, but not yet overbought.Clear that $1,909 level, and it’s off to the races for gold bugs. Barring any quick reversal in the headline risk we’ve seen lately, I expect gold to revisit and surpass its all-time highs in short order.Call options on the junior gold miners ETF (GDXJ) could be an excellent play here.Regards, 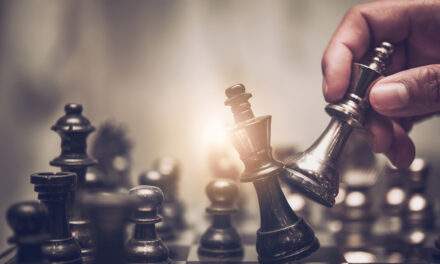