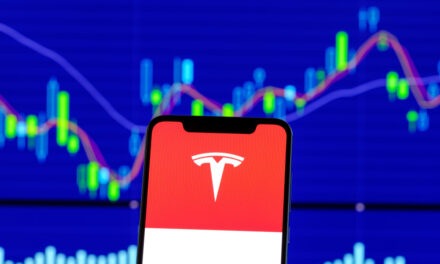 He’s either this century’s Thomas Edison or P.T. Barnum.

Perhaps he’s a bit of both — a genius inventor who knows how to command attention.

Musk has kept his name in the headlines the past few weeks.

Yes, the baby is human. No, he wasn’t born with one of Musk’s branded Neuralink brain chips.

Next, he took to Twitter to rail against the Alameda County, California, shutdown, which was preventing his Tesla factory from reopening.

He filed a lawsuit against the county and started entertaining the idea of moving to another state.

This even prompted a tweet from President Donald Trump:

California relented and allowed him to start making cars again.

If you thought May was a controversial month for Musk, just wait until you hear what’s coming in June…

In the interest of full disclosure, I’m bullish on Tesla.

I recommended the stock to Automatic Fortunes readers last August at $234 a share.

My thesis back then was that the company was in the best position to capitalize on the intersection of technology and mobility.

Tesla is a tech company that builds cars, whereas its competitors are car companies trying to integrate tech.

The reason for this expected surge isn’t due to climate change fears or a Green New Deal dream.

Sure, there are those who are excited about lowered emissions. However, the key reason for the exponential growth in EVs is purely an economic one.

When this happens, you can kiss those gas guzzlers goodbye!

As battery technology rapidly improves, this “crossover point” is continually getting moved closer:

This is why I said: “just wait until June.”

Next month, we might learn that the crossover point could happen as soon as this year…

For the past few months, Musk has been teasing investors about a big reveal at Tesla’s annual “Battery Day” in June.

People familiar with the plans told Reuters that Musk will reveal, “New, low-cost batteries designed to last for 1 million miles of use.”

It’s expected that these batteries will be cheap enough to allow Tesla to sell profitably for the same price or less than a comparable gasoline vehicle.

And voila! We may hit the crossover point this year!

According to this source, Tesla plans to launch the new battery first in China, the fastest-growing market for EVs.

In 2018, the Chinese market was three times the sales of the U.S. market.

The key innovation in Tesla’s new battery is low-cobalt and cobalt-free battery chemistries.

There are also plans for a high-speed, heavily automated battery manufacturing process.

“Terafactories,” which will be 30 times the size of Tesla’s Nevada “Gigafactory,” will reduce labor costs and increase production.

And Tesla is not only disrupting the automotive industry. It’s targeting the energy industry as well.

Another rumored announcement is a plan for a “second life” for old EV batteries in grid storage systems.

Tesla built one such plant in Australia in 2017. This could allow Tesla to supply electricity to consumers and businesses, although there are no details at this moment.

Since then, shares have more than doubled and are hovering around $800.

If “Battery Day” confirms the crossover point is imminent, it would set Tesla up for a new high this summer.

That would see the price climb above $1,000 for the first time.

We’ll find out whether or not Musk is Thomas Edison or P.T. Barnum soon enough. 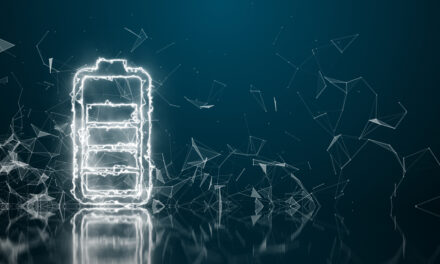