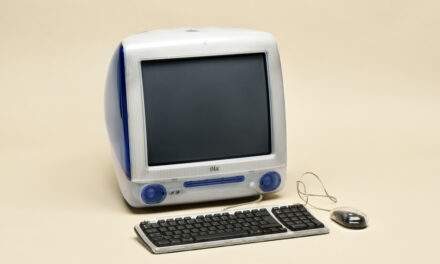 What do you remember most about the ‘90s?

I was just a kid back then. But I’ll never forget my family’s blueish-green Apple iMac.

The “i” in iMac stood for “internet.” And it was the first Apple computer with a built-in modem.

At the time, I was fascinated by that vast digital world called the web.

And marketers described it in fun ways back then — like “surfing the information superhighway.”

That might be what you remember most as well.

America Online and the dawn of the internet…

And, of course, the massive stock market rally that followed.

But things weren’t always so rosy in the ‘90s.

In fact, the situation right before the internet boom was shockingly similar to what’s happening today…

The Internet Age Was Upon Us

To help tame inflation, the Federal Reserve stunned the country in May with a historic 50 basis-point rate hike.

Then last week, it raised interest rates again — this time by 75 points.

Wall Street is acting like it’s an unprecedented crisis. But the same thing happened back in 1994.

Due to rising inflation, the Fed raised rates by 50 basis points in May 1994, and again in August.

Then Fed Chairman Alan Greenspan shocked the investing world with a 75-point increase in November 1994.

These rate hikes were successful in cooling off the economy in 1995.

The markets dipped a bit. But the smartest investors at the time weren’t worried about interest rates.

They were focused on one thing — that the Internet Age was upon us.

And by the end of 1995, the tech-heavy Nasdaq Composite Index had surged 40%.

1995 Was an Amazing Year for Tech Stocks

Finally, the index gained an incredible 86% in 1999 as the dot-com bubble neared its peak.

This Disruptive Tech Will Change Everything

So that’s great for all the people who owned tech stocks in the late ‘90s.

But what about today?

Well, there’s a disruptive technology that’s about to change everything.

And it’s going to create an economic windfall even bigger than the internet boom in the ‘90s.

It’s the powerful tech behind cryptos and other innovations.

Sure, cryptos have gone through bull and bear markets over the past several years.

But the big picture for blockchain hasn’t changed.

And it’s starting to disrupt how we invest … how we store our medical records … and even how we use the internet.

Ian King believes that blockchain and cryptos are on track to become a $200 trillion market.

43 times the size of the oil and gas markets…

Every month, Bank of America surveys hedge fund managers on their view of the economy.

And in the latest survey, 73% said they think the economy will get worse over the next 12 months.

That’s the most pessimism since the survey started back in 1994.

But as we saw in the ‘90s, it doesn’t always matter if the economy’s up or down.

If a technology is groundbreaking enough, it can send the markets soaring anyway.

We saw that happen with the internet boom. And we’re about to see it again with the blockchain boom.

In fact, Ian believes that crypto’s biggest bull run ever could begin any day now…

That’s why Ian and his team are preparing for an emergency crypto event next week.

I suggest you RSVP today, if you haven’t already.

That’s because the next crypto bull market is heading toward us right now at breakneck speed … and you definitely don’t want to miss out.

Vroom Inc. (Nasdaq: VRM), a used-car e-commerce company, rose 39%. The company released an SEC filing that showed the outcome of a shareholder vote at its annual meeting.

E3 Metals Corp. (OTC: EEMMF), a Canadian lithium producer, rose 28%. The company announced it was collaborating with Imperial Oil to advance a lithium-extraction pilot in Alberta.

Weber Inc. (NYSE: WEBR), a producer of grills and grilling accessories, rose 14% on no company news. The stock made headlines for being one of the most heavily shorted stocks, with 59% of its float sold short.

Radius Health Inc. (Nasdaq: RDUS), a commercial-stage biotech company, rose 14% after it announced Gurnet Point Capital and Patient Square Capital will acquire the company in a deal worth up to $11 per share.

INmune Bio Inc. (Nasdaq: INMB), a clinical biotech company, rose 11% after receiving a patent for its XPro therapy. XPro is being evaluated for the treatment of central nervous system disorders.

22nd Century Group Inc. (Nasdaq: XXII), an agricultural biotech company specializing in reduced-nicotine tobacco and cannabis, rose 10%. The stock is rallying after as the FDA moves to reduce nicotine content in cigarettes. 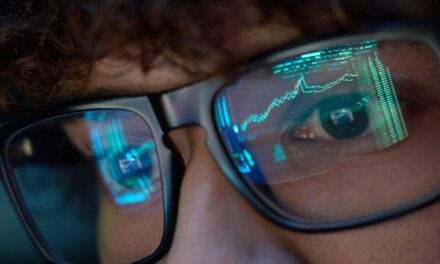