Home » Technology » The Surprising Reason for Solar’s Next Boom

The Surprising Reason for Solar’s Next Boom 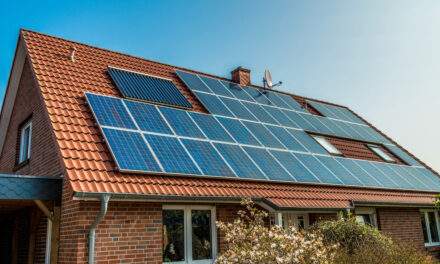 Europe wants to move away from Russian energy as quickly as possible.

That means it needs to transition a lot of its energy consumption to renewable sources.

And it has a bold plan to do so.

The European Commission aims to double its solar capacity by 2025.

In today’s video, I explain why this is a good time to buy solar stocks.

Today’s topic is solar. You may not have heard much about solar recently, and it makes sense. It has been kind of overshadowed by, you know, the energy crisis that we’re seeing play out in parts of the Russia conflict.

But there are actually some developments going on behind the scenes right now in solar. And I’d say it’s quietly gaining traction.

Now, before we get started, if you’re new to the channel, definitely subscribe. We’re going to provide you great content every Friday.

Let us know if you’re using solar or if you know anybody that’s using solar. And if you’re saving money or, you know, if you’re happy with your decision.

What Is The Repower EU Plan

I mentioned there are some developments going on behind the scenes. Just this week, I saw an update on the Repower EU plan outlined by the European Commission.

So a little bit of background on that. Basically, the European Commission is looking to transition a lot of its energy consumption to renewable energy. And there’s a catalyst that’s making that process occur much faster, and that’s the Russia situation that I mentioned.

It mentioned that Russia’s use of energy as a political and economic weapon is costing its taxpayers €100 billion per year. So it wants to move away from Russian energy as quickly as possible.

There are two big proposals in the Repower EU plan.

And second, it plans on doubling its solar capacity by 2025. We’re almost halfway through 2022, so that’s in two and a half years or so.

So it wants to double capacity. That’d be huge for solar stocks and solar energy investment.

And, you know, I think that would set a precedent for the rest of the world, potentially.

The idea that all new buildings will have solar isn’t unheard of. We’re already seeing that in the U.S.

California, as of 2020, requires all new residential, at least single-family and multi-family residences, to have rooftop solar. So the precedent has already been set.

I wouldn’t be surprised to see that go through in the European Union considering it’s already pretty pro-renewable energy. And it has been pretty fast to adopt renewable energy technology in the past.

Now, solar stocks have been down in the dumps recently, like the rest of tech.

There has been some concern specifically about solar with the midterm elections coming up.

Republicans have developed kind of a stigma for being pro-fossil fuel and not as inviting to renewable energy. But we’ve seen here recently, just in the past couple of weeks, that that may not be entirely true.

For example, Florida Gov. Ron DeSantis, who’s really considered to be a very conservative governor, went ahead and immediately vetoed a bill that would have blocked net metering.

So if you’re not familiar with net metering, it’s basically a policy where energy companies will pay residents for the excess energy they generate from their solar that they’re not using.

Obviously, energy companies don’t like that because they’re paying consumers for energy. But at the same time, it’s also a very solar-friendly policy.

So it’s good to see that DeSantis wants to uphold net metering. And I think it reflects my view that Republicans have to be accepting of renewable energy to secure some votes in the midterms and in the future.

When I look at solar, I see a technology that has really become cost-competitive in recent years.

I don’t have the exact number in front of me. But I believe it’s about an 80% decline in solar costs over the past decade. That’s pretty dramatic.

Now analysts are expecting solar could become cheaper than natural gas in nearly every country by next year. That’s pretty remarkable.

And if you zoom out, that’s already kind of true.

In two-thirds of the world, renewable energy, which isn’t limited to solar, is already cheaper than building out new natural gas.

So when companies look to invest in energy, you know, solar has to be on their radar.

The pendulum is beginning to swing toward solar in terms of a cost advantage. I’m keeping an eye on that.

I believe new data will be released in the next couple of months that shows, you know, renewable energy might be cheaper than traditional energy. So I’ll be keeping an eye on that.

I’m pretty excited about solar adoption. I was just in Thailand, which is a developing country, for a couple of weeks. And it struck me, you know, how much of its money is going toward energy.

Obviously, it’s not a very wealthy country. And this is true for a lot of developing countries, especially those that aren’t really rich in resources.

So with energy security provided by cheaper solar, they have a chance to reduce the amount that they’re spending on energy, which really helps them spearhead their economic development.

I saw something like upward of 25% of their income is going to energy in developing countries. That’s ridiculous. I think in the U.S., it’s something like 2.5%.

So keep that in mind. It’s another reason why solar adoption should really play out here.

Now, if you want to get exposure to solar stocks, check out the Invesco Solar ETF (NYSE: TAN).

So it’s only, you know, about half of the loss of the Nasdaq 100 ETF. To me, that speaks volumes about solar and how the market and investors view solar as an investment, myself included.

If you think it’s a good time to buy solar stocks, which I do, you’re getting a pretty good price on them. So feel free to check out the TAN ETF.

Until next week, stay safe.

Redbox Entertainment Inc. (Nasdaq: RDBX) operates a network of self-service kiosks where consumers can rent or purchase new-release DVDs and Blu-ray Discs. The stock is up 35% today, continuing the uptrend it has seen this week as more retail investors get interested in the stock.

Siga Technologies Inc. (Nasdaq: SIGA) is a pharmaceutical company that focuses on the health security and infectious disease markets. The stock is up 24%, continuing the climb with other antiviral makers from Thursday on the news of Monkeypox cases in the U.S.

Kronos Bio Inc. (Nasdaq: KRON) focuses on the discovery and development of novel cancer therapeutics. The stock rose 16% on the news that the company’s CEO bought up to $2 million worth of additional stock in the company.

ClearPoint Neuro Inc. (Nasdaq: CLPT) develops and commercializes platforms for performing minimally invasive surgical procedures in the brain. It is up 14% after the European Medicines Agency issued a positive opinion on a gene therapy treatment that it helped develop for PTC Therapeutics.

Deckers Outdoor Corp. (NYSE: DECK) designs, markets and distributes footwear, apparel and accessories for casual lifestyle use and high-performance activities. The stock is up 12% after the company reported results for a record year thanks to high sales of its UGG boots.

Emergent BioSolutions Inc. (NYSE: EBS) focuses on the provision of preparedness and response solutions that address accidental, deliberate and naturally occurring public health threats. The stock climbed 11% on the news of Monkeypox cases in the U.S. because it recently acquired a vaccine for it.

Eve Holding Inc. (NYSE: EVEX) engages in the development of urban air mobility solutions. The stock is up 11% on the positive press and attention around the stock since it completed its SPAC deal and went public last week.

Covetrus Inc. (Nasdaq: CVET) operates as an animal-health technology and services company. It is up 11% after receiving an acquisition offer for $21 per share from private-equity companies Clayton, Dubilier & Rice and TPG Global.

China Evergrande Group (OTC: EGRNF) engages in the property development and real-estate business in China. It is up 10% along with other Chinese real-estate stocks today thanks to the Chinese central bank cutting its benchmark for mortgage rates.

Chimerix Inc. (Nasdaq: CMRX) develops various medicines to enhance the lives of patients living with serious diseases. The stock is up 8%, staging a rebound after sinking earlier this week when the company sold the rights to and divested from its only marketed product. 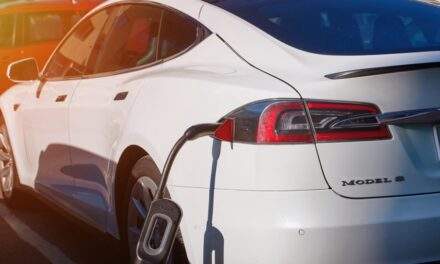 Americans Are Ditching Their Gas Guzzlers for EVs 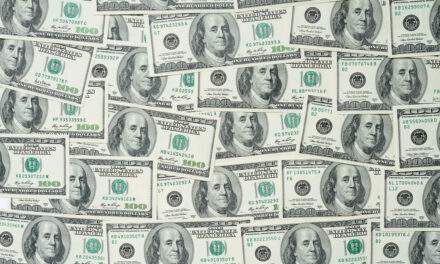 Your No. 1 Refuge From Inflation