The Secret Reason Why Gold Is a Buy

It just might be the biggest financial story of the decade…

And almost no one is writing or talking about it.

Not CNBC or Fox Business. Not The New York Times or The Wall Street Journal.

Even among the CEOs of gold mining companies, they’re largely oblivious. But someday we’ll look back and say this event scrambled the global economic order…

…and put gold center stage in the geopolitical spotlight once again.

So what’s the big news?

China is about to launch its so-called “soft weapon” on the dominance of the U.S. dollar.

That weapon, according to Nikkei Asian Review, is a “crude oil futures contract priced in yuan and convertible into gold.”

It’s a huge development. As a former financial journalist, I heard pitches for years about the imminent death of the dollar. The dollar certainly had its ups and downs in that time, but the greenback is still entrenched as the world’s reserve currency. Why?

In part, it’s because the dollar’s advantage was built into global trading systems. The world still runs largely on oil. If you want to buy or sell petroleum on the world market, the worth of every barrel is quoted in U.S. dollars.

It doesn’t matter whether the oil was pumped out of the ground and benchmarked as West Texas Intermediate, or as international petroleum grades like Brent blend, Dubai crude or Malaysia’s Tapis crude.

They’re all priced in dollars.

So now along comes China. The message with its new yuan-based, gold-convertible oil contract?

“You now have a choice. Come to Shanghai, come to Hong Kong, trade oil here, and sidestep the entanglements and burdens (and economic sanctions) that come with doing business in the American currency.”

And what if you don’t like the idea of holding your oil wealth in China’s currency, the yuan?

That’s the most interesting part: You can convert it to actual, real, physical gold bullion instead.

A Threat to U.S. Power

So if you were looking for a smart, alternative reason why gold prices are up 20% in 2017, maybe, just maybe, it’s not so much about tensions with North Korea, or worries about America’s bubblicious stock market.

Maybe it’s about something much longer-lasting, with the extended impact that a gold-standard, yuan-denominated oil contract might represent to U.S. power instead.

One of the best broad-based ways to participate would be with a simple gold mining exchange-traded fund like the VanEck Vectors Gold Miners ETF (NYSE: GDX), which is up more than 30% since the start of the year (and nearly double that since 2016): 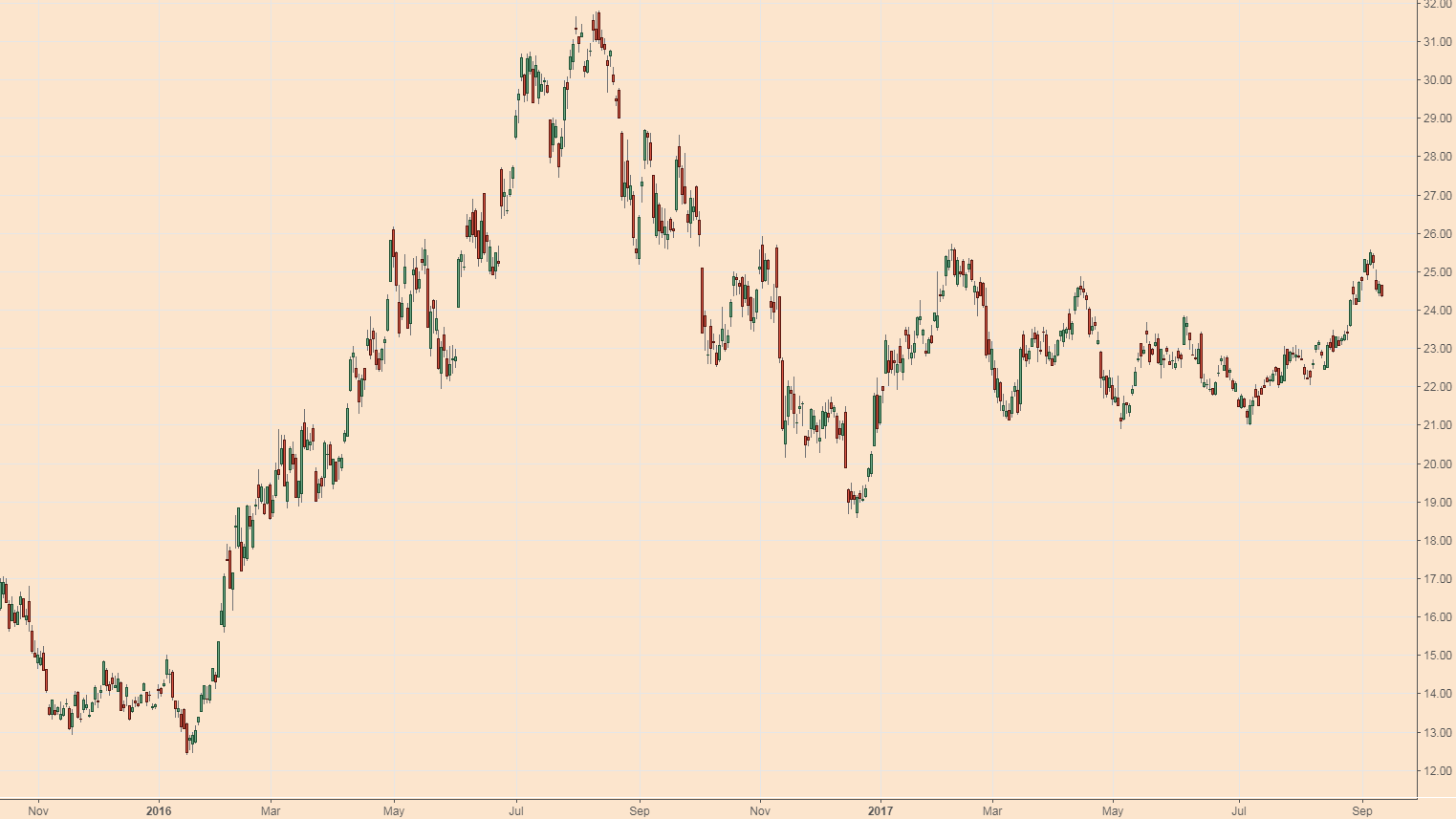 According to Nikkei Asian Review, China’s Shanghai International Energy Exchange started training customers on the new contract in recent months. The exchange’s tech teams are running tests of the system to make sure the debut of the new contract goes smoothly.

When will the new oil contract launch and start trading live?

The exact date hasn’t been stated. But some observers believe we’ll see the first trades go through just before October 18. That’s when China’s political elites get together for the Communist Party’s 19th National Congress, held every five years.

The debut of a yuan-denominated, gold-convertible oil futures contract would be something of a “victory lap” for Chinese rulers anxious to demonstrate how their country is muscling its way alongside the U.S. into the ranks of global economic leadership.

Gold Is Your Safety Net in Moments of Chaos