1 Small Company May Have Just Solved the Global Water Crisis

Flint, Michigan, has been in the news for years now due to its water shortage. In August 2014, harmful bacteria were found in the water supply. Over the next six months, toxic amounts of chlorine, disinfectant chemicals and lead were also found.

Today, the water is not just unusable, it’s still discolored and filled with chemicals. The same thing is happening in California.

These are just two stories from a country whose water is relatively clean. On a global scale, there are 844 million people who have no access to clean water. And the chart below shows that demand is only going up from here. 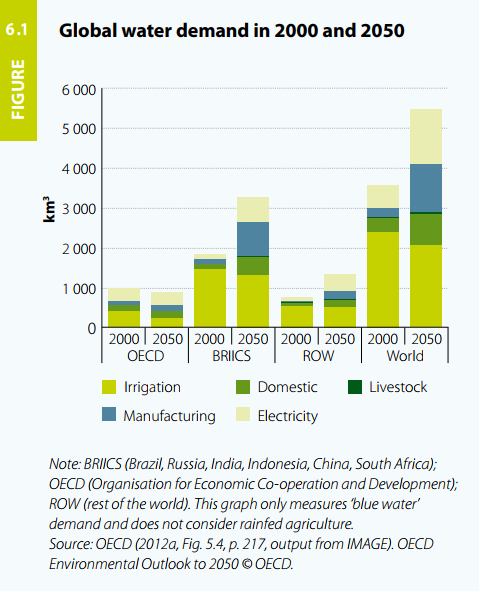 However, we are surrounded by an atmosphere containing over 3,100 cubic miles of water. We just need to be able to access it. Like many problems, technology can fix this.

There’s actually a way to get water from air. Normal, drinkable water. The devices that do this are becoming household devices, too; you can even get one at Walmart.

Of course, the technology is expensive right now since it is currently in its early stages. But it has tons of potential.

One company that takes this technology to the next level is Zero Mass Water. Its product, Source, is a 30-square-foot solar panel that pulls water vapor right out of the air.

In fact, one of these devices gathers about 5 liters of water per day. And it runs on solar power, so it charges while the sun is out so that it can keep running at night.

With technology like this, it is possible to pull clean water from seemingly nothing, cutting down enormously on the amount of people who do not have access.

What Companies To Invest in Before a Hurricane – Stocks to Buy

The Health Care Sector Is Breaking Out