The gold price is a complicated beast. It’s like a seesaw, with the yellow metal sitting on one seat.

But instead of one seat across from it, there are several, because each country has its own currency. Those currencies go up and down with regard to each other.

Years ago, a brilliant analyst found that you couldn’t use any single currency to figure out bull or bear markets for this commodity. Instead, we needed to use the price of the precious metal in a basket of currencies.

If the price of the metal moved in one direction across all those currencies, then we could find the direction of the actual gold market.

With Gold, Look Beyond the Dollar

We know that the price of gold is up in U.S. dollar terms, as you can see in the chart below: 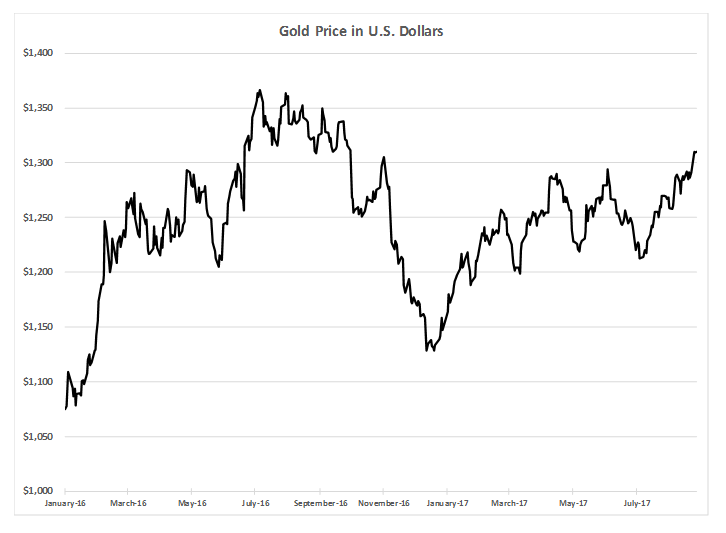 As we can see in the chart above, the metal hit its highest price since October 2016. This certainly looks like it is in a bull market. But is that enough to actually dive back in if you’ve been sitting on the sidelines?

The U.S. dollar is also weakening against other currencies and could be skewing the appearance of gold’s movement.

To determine if this is a real bull market, we need to look at the price in terms of a basket of currencies. 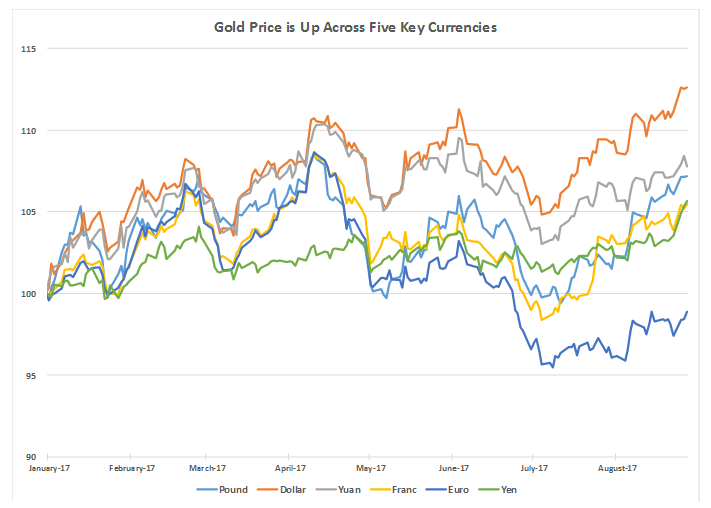 What we can see is that the price of the metal rose in all six currencies since its low in July 2017.

That means we are in a bull market. It’s time to buy gold and related stocks. A few examples of interesting miners that you should be considering were mentioned in my article “An Opportunity to Cash in on Gold Miners.”

The Secret Reason Why Gold Is a Buy