Your Next Move: Ride This Company’s 25% Surge 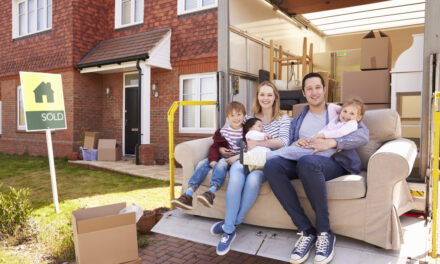 Did you know New York City is one of the few cities in the country with its own income tax?

They pay it in addition to state and federal taxes. It has one of the highest property tax rates, too.

And even though residents pay more taxes, they can’t deduct as much on their returns.

People have had enough! So, they’re throwing in the towel.

And many were solid earners. The New Yorkers who moved to Florida made more money than those who stayed.

Believe it or not, this is getting worse. Read on to learn how you can profit from it…

The Pandemic Is Changing Everything

New York City and the tri-state area have been hit hard by COVID-19. This has affected people’s views about basic things.

Lawrence Yun is the chief economist of the National Association of Realtors. He says: “People will be much more cautious about living in high-density areas with so many people nearby.”

People’s views on home are changing, too.

Many are now working from home and can continue to do so going forward. And people still don’t know if their kids will go back to school in the fall.

As there are less things forcing people to stay, more are leaving.

They don’t want to wait to find out if the virus worsens, or they simply decide that they don’t have to live in a certain place.

New Yorkers Are Making a Move

Some New Yorkers are moving upstate or to Long Island. Others to Florida, the Carolinas and Texas.

To a bigger living space … away from the congestion.

U-Haul noted the fastest-growing city in America in 2019 was Raleigh-Durham, North Carolina, home of the Research Triangle tech hub.

It measures this based on the number of one-way trucks arriving in a city versus the number that leave. (As an aside, Manhattan, New York, was No. 9 on the U-Haul’s list. But, it’s falling. It was No. 3 the year before.)

Florida is active, too.

I reached out to a realtor there this week. She has been fielding a lot of calls from people from the Northeast.

They’re interested in seeing what homes are available. Some are considering relocation, but many have already made a move.

Things Are Looking up for This Moving Company

There’s a company that many people who are making a move think about. It’s Amerco (Nasdaq: UHAL), the parent of U-Haul.

It does business in all 50 states, as well as in 10 Canadian provinces. And business is good: 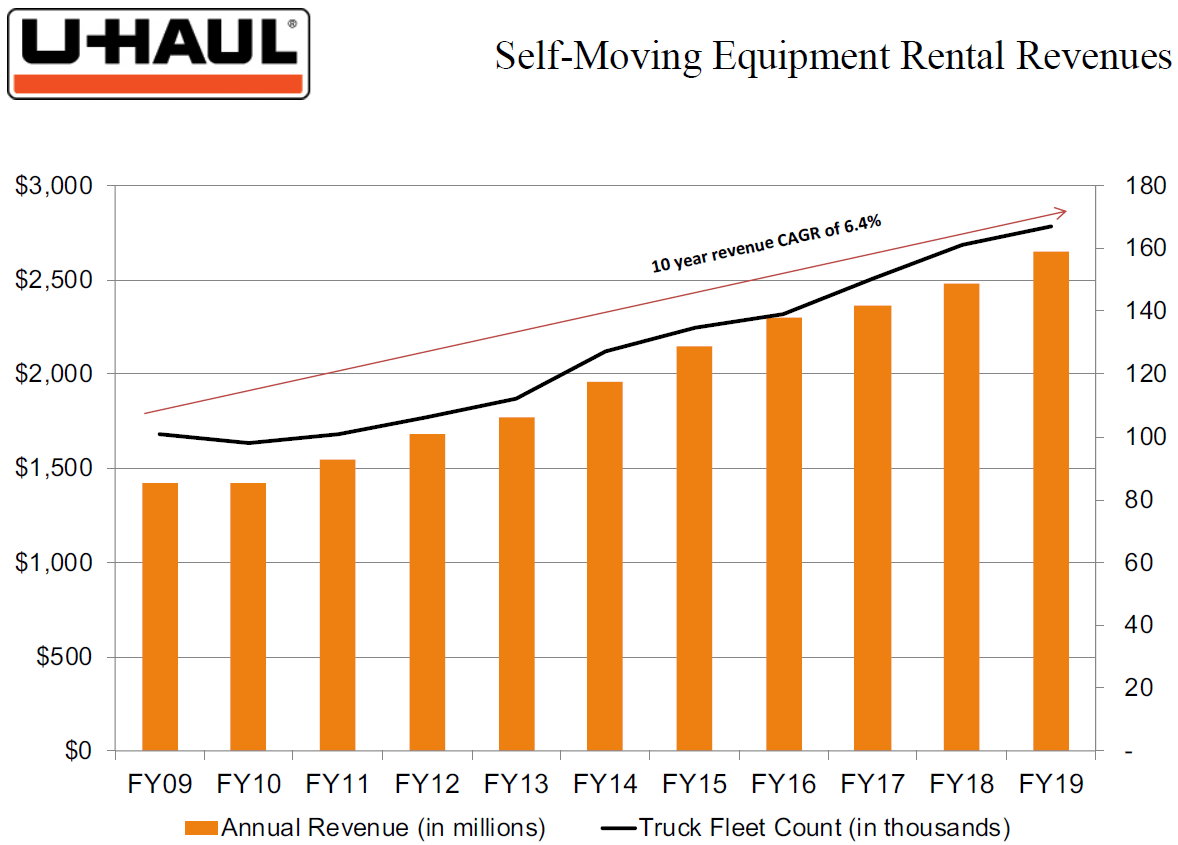 And its self-storage square footage and revenue is up even more.

Amerco shares have had a rough go of it lately, though. They’re down by about a third from their recent peak.

But things are looking up. The stock is more than 15% off its March low.

Amerco has been investing in growth. It’s one of the firms that has bought old malls and other large unused buildings.

Now it’s paying to convert them into rental and self-storage facilities, which will generate cash.

Your Opportunity to Make 25% in a Year

Family run, the firm focuses on customer service. Chief Executive Officer Joe Shoen famously gave out his cellphone number on the TV show Inside Edition in 2008. He answers calls on that line every day.

As people decide to move from cities to nearby suburbs or other states, that attention to detail will be important.

U-Haul offers technology that appeals to people as we deal with this virus. For example, it offers contact-free access to trucks, 24 hours a day, by using your smartphone.

And it just introduced contact-free shopping in its stores. People can buy products by scanning them on their device.

As the economy reopens, people and firms will rent the trucks for a local move or delivery. Rates start at $19.95.

Shares have room to run as the country adjusts to our new normal. I expect to see them move 25% higher over the next year as people relocate.

Everyone Thinks This Lockdown Darling Will Soar — They’re Wrong