Since it’s the year 2020, you’re paying for things with your bitcoin wallet. Naturally, the parking machines take the cybercurrency. Good thing too … you lost your real wallet, so no cash or cards.

You pay the fee. Nothing happens. A minute goes by … then two … then five. No ticket.

That’s exactly what’s going to happen if bitcoin’s underlying technology doesn’t change. In fact, if things carry on as they are now, bitcoin isn’t going to happen … at least not as a currency.

But there’s a fix in the works … one from which you can profit if you play your cards right.

Bitcoin is a cryptocurrency that exists only within a network of computers. This network is decentralized; it exists on computers all over the world. That decentralized approach is what makes bitcoin private, secure and free from government manipulation.

As I explain in the December issue of The Bauman Letter, when new bitcoins are created — a computer-intensive process called “mining” — bitcoin transactions are processed at the same time. Anybody who is trying to send or receive bitcoins must wait until the mining process has been completed to have their transaction processed.

The bitcoin network can only process about 6.5 transactions per second. The average transaction takes about 10 minutes to process. On some days over the last year, bitcoin transactions have taken more than 42 minutes. 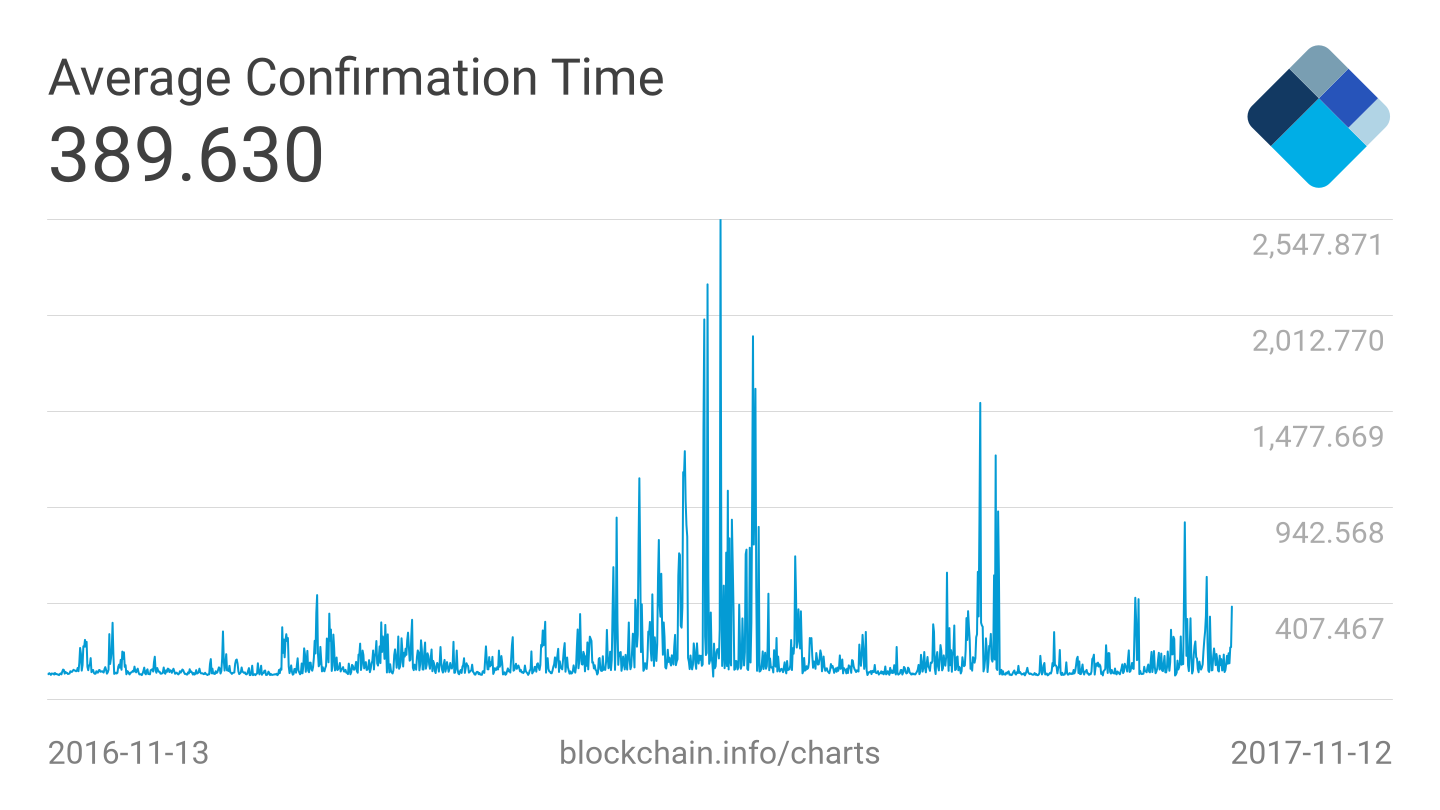 As bitcoin use grows, waiting times are getting longer because there are more transactions to process. 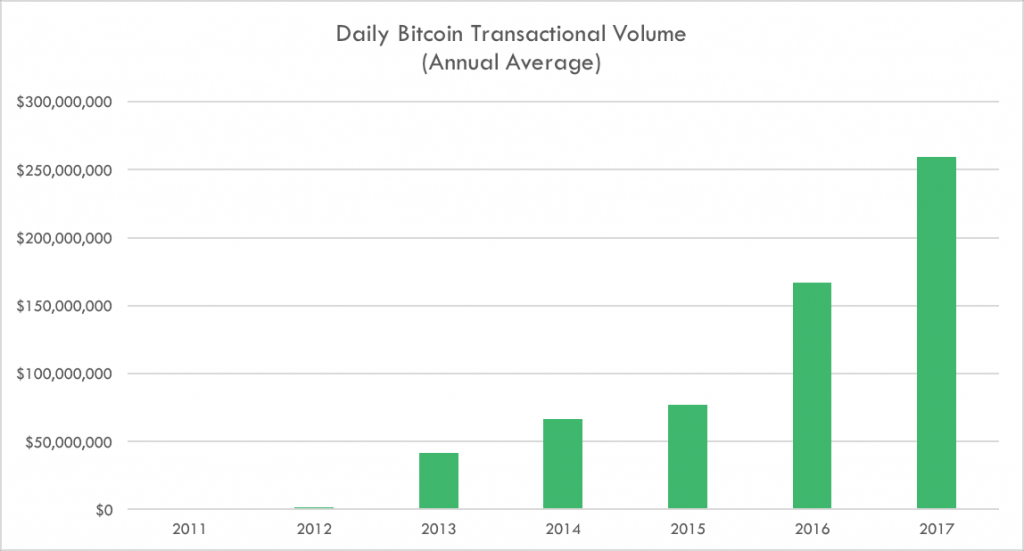 Stick a Fork in It

There are two possible solutions: Make the amount of data processed in each bitcoin mining block smaller; or make the blocks of data bigger, so that more information can be processed at one time.

To try to reduce the size of the bitcoin block and speed things up, a majority of the world’s bitcoin miners voted to adopt a technology known as a segregated witness, called SegWit2x. SegWit2x reduces the data in each block by removing some of it from the current block and moving it to an extended block that isn’t verified every time.

But moving some data out of new data blocks potentially makes bitcoin less secure. Unless every bit of data is verified every time a block is mined and transactions are processed, it may be possible to forge or otherwise alter the data trail. That would make bitcoin useless.

To deal with this, a group of bitcoin miners with reservations about segregated witness technology initiated what is known as a “hard fork.” This involves taking the existing chain of previous bitcoin transactions — called the blockchain — and starting a new branch of transactions using a new system. This new system implemented an increased block size of 8 megabytes. That accelerates the verification process.

But the new branch of transactions can’t be called bitcoin, because it uses a different technology. So, the renegade group of miners decided to call the new cryptocurrency “Bitcoin Cash.”

And because every bitcoin that existed before the “fork” is also included in the new branch of the blockchain, bitcoin owners got a free Bitcoin Cash for every bitcoin they own.

The price of bitcoin has been on a tear recently, but declined rapidly last week: 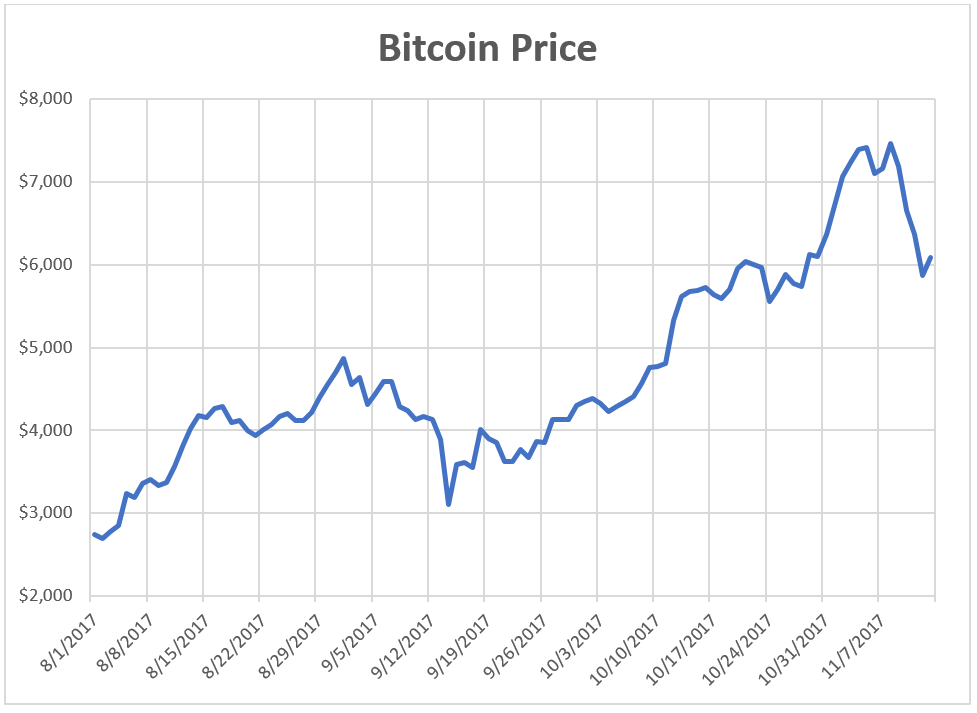 But look at Bitcoin Cash: 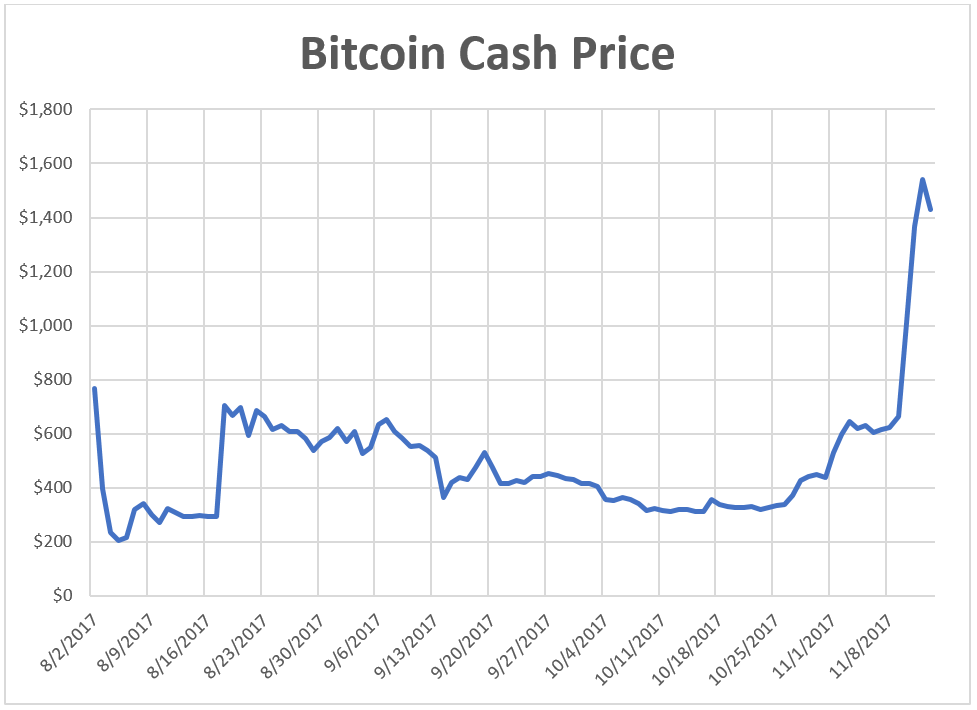 A coin that had no value at the beginning of August is now worth over $1,400 each.

And as you can see, Bitcoin Cash’s gains last week seem to have come at the expense of … bitcoin.

Things Are Getting Really Weird … But There’s Money in It

For now, it is the only game in town. But it is only a matter of time before there is another fork, since there doesn’t appear to be any way to fix bitcoin’s underlying code that will satisfy everyone.

That means owning bitcoin could give you an equal amount of whatever new currency forks off next. Depending on how it is received by markets, that could be money for nothing … literally.

I’m a bitcoin skeptic, and I wouldn’t bet the farm on this sort of bizarre play. But money for nothing?

If you’re careful, it could be a lot more than just a line from a song.

Editor’s Note: For Ted Bauman, legendary investor Warren Buffett’s No. 1 rule of “never lose money” isn’t just a neat little saying. It became an absolute necessity when Ted and his team of financial engineers designed the Alpha Stock Alert trading system. It has key rules for making money in a down market without taking on the risk of shorting stocks, which is how it would have actually racked up a 38% gain during the 2008 financial crisis. To watch Ted’s video where he explains his groundbreaking system, click here

Time Is Running Out to Turbocharge Your Investments