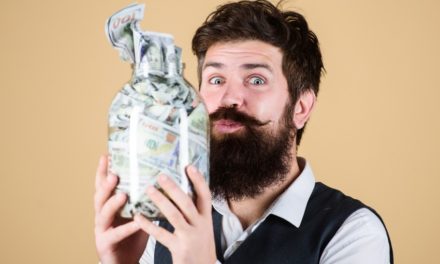 While it’s often right, it isn’t good at timing a recession. It could be right in six months or a year from now.

That’s why we don’t rely on just that indicator…

There’s a better recession indicator that we can use to navigate the months ahead. One that predicts recessions just as well, but with more accurate timing.

And this indicator reveals why the stock market is set for big gains right now.

Instead of wringing our hands about a potential recession, we can grab a quick 33% profit in the next four months.

Read on to learn how this better indicator shows that you can profit before a recession hits.

We call the comparison between the interest rates on the 10-year and the two-year the “yield curve.” Ideally, you should get more interest if you lock up your cash for 10 years rather than for two.

However, last week, there was a period where you could get a higher interest rate on the two-year bond than the 10-year. That’s what we refer to as the “inverted” yield curve.

And an inverted yield curve is a symptom of slowing economic growth. Everyone knows that, so when it happened, the market tanked.

But don’t obsess about the yield curve inversion.

As I said earlier, there are better, stronger measures out there. And there is one that says we can make some money now, before anything bad happens.

Unemployment Warned off the Last 11 Recessions

The yield curve warned off the last seven recessions. But a bottom in the unemployment rate warned off at least the last 11.

The blue line on the chart is the rate of unemployment in the U.S. The gray bars are periods of recession.

When unemployment bottoms, a recession follows about seven months after on average.

If unemployment rises from here, a recession in 2020 will become likely.

We’ll watch for that.

But if unemployment drops, we can make a bunch of money before it’s time to worry about a recession.

The Case for More Rate Cuts

The Federal Reserve considers an unemployment rate below 4% as “full employment.” Essentially, whoever wants a job has one.

But wages, one place to look for signs of inflation, are barely rising. That’s not normal for an economy at full employment.

Several factors help explain the lack of wage growth. Among them, we find underemployment, productivity and innovation. These things suggest there is still slack in the jobs market.

The Fed cut rates last month to ease concerns about the economy and markets. And slack in the jobs market argues for more cuts.

It’s the Fed’s mission to sustain the economic expansion — the phase in the business cycle that shows economic growth. And it will cut rates until the labor market tightens enough to boost wage growth.

As that moment arrives, stocks in one sector are perfectly positioned for gains.

Unemployment is super low because the U.S. economy is nearing the end of its expansion.

The Fed will keep it alive for a while, but it can’t fend off a recession forever.

Until then, let’s capitalize on rate cuts.

The materials sector outperforms late in an economic expansion — that’s where we are today.

What’s more, materials have gained 8.91% on average in the six months following the start of Fed rate cuts.

If you want broad exposure to the materials sector, consider getting an exchange-traded fund (ETF).

Or you might consider focusing in on the metals and mining segment of the materials sector. Have a look at the iShares MSCI Global Metals & Mining Producers ETF (BATS: PICK).

It tracks a group of stocks in mining, extraction or production of diversified metals, excluding gold and silver.

The fund trades on the CBOE BZX U.S. Equities Exchange, or BATS. For our purposes, trading a stock listed on BATS is the same as if it were listed on the NYSE. So, you don’t need to worry about the different stock exchange

If metals and mining stocks take off, PICK could gain at least 21% and as much as 33% by the end of this year.

I understand if you’re concerned about the risks of buying into these funds with a possible recession by next year.

In our Apex Profit Alert service, my colleague Matt Badiali and I keep a close eye on materials, energy and natural resources.

We can help you navigate the market’s volatility and reap the rewards with powerful, quick-hit investments.

Click here to learn more and join us in these trades.

P.S. Join me at this year’s in Total Wealth Symposium in Amelia Island, Florida. I will be discussing a strategy you can use to profit from volatile times in the stock market.