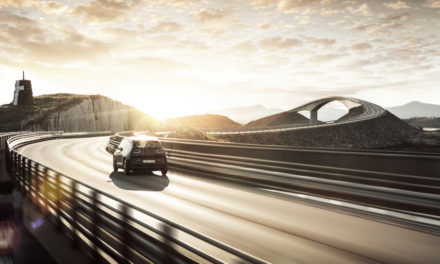 The United Kingdom placed a zero-emissions requirement on all vehicles by 2040. That implies replacing 38.2 million vehicles in 20 years.

In the U.S., Colorado will require at least 10% of new car sales to have zero emissions. And California has a strict zero-emission vehicle mandate phasing in by 2025. The state needs 1.5 million electric vehicles in the next five years.

According to Union Bank of Switzerland analysts, electric vehicles (EVs) will jump from 3% to 12% of global nickel demand in just three years.

That means something has to change — either the price of battery metals or the future of electric vehicles. You can’t have both, because the supply won’t cover the demand.

Indonesia will ban nickel ore exports beginning in January 2020. The result was a run on nickel in London Metal Exchange (LME) warehouses.

The amount of nickel in storage fell 86% from its high in 2015. You can see what I mean in the chart below: 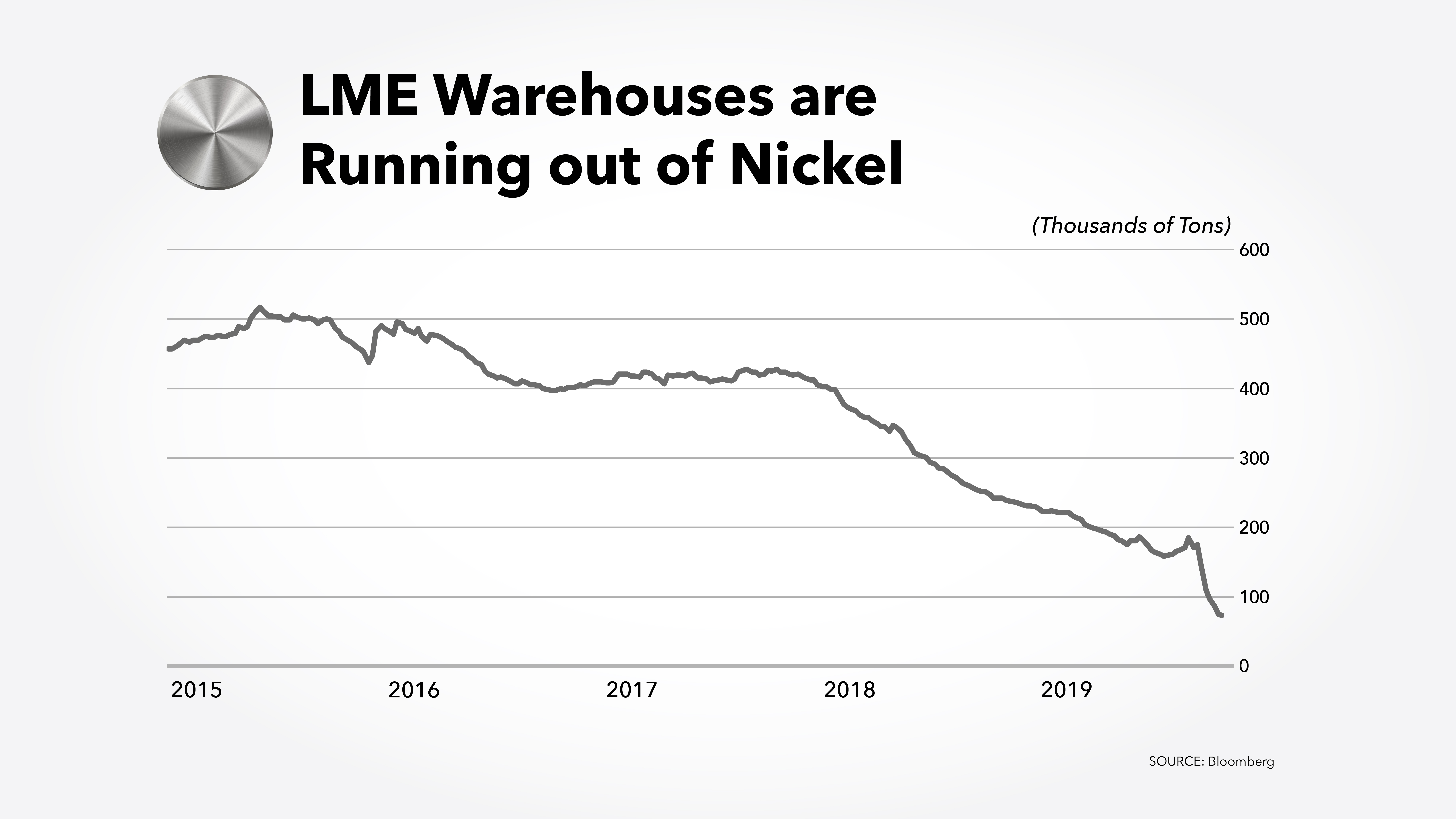 That value is the lowest level of supply since 2008. The lows in 2008 sent prices soaring over the next couple of years. That could be what happens today as well.

I tweeted about this news on November 14.

Something has to give. Either we scale down plans for #electriccars or the prices of base metals like nickel and copper need to rebound. There’s not enough supply right now to support the #EV market’s plans. $TSLA #gigafactory https://t.co/Fu4ok4ANsB

If you missed it, follow me on Twitter @MattBadialiGuru. That way, you won’t miss any of the news updates I make in the commodities and natural resources sectors.

The problem is, there are not enough new nickel projects in development right now.

The future of nickel is in “laterites.” In simple terms, laterite is a rock made up mostly of rust. Sometimes it’s aluminum, sometimes it’s iron. Some are iron with nickel mixed in.

They tend to form in tropical places, where the heat and water remove all the other minerals. The remaining layers are just rust that can be mined for the metals.

The problem is, it’s expensive to process laterites. It’s difficult to turn rust back into metal. It takes enormous amounts of energy.

But that’s not enough to spur more supply. There’s a fraction of the needed supply in development today.

The big miners are reluctant to invest heavily until the price shows some stability. They need to know that they have price support before they will invest years and billions of dollars into the sector.

As you might expect, most nickel comes from the big base metal miners.

According to Statista, the statistics service, giant iron miner Vale SA will produce the most nickel in 2020 — 327,000 metric tons.

Here are the forecast volumes for the other top nickel miners:

These companies understand the metal markets.

They are “price takers.” Unlike Big Tech companies such as Apple, they don’t get to set the price of the stuff they mine.

That means no matter what it costs to produce the metal, they get paid the market rate.

And I don’t expect them to ramp up nickel production without an extended period of higher nickel prices.

Nickel is one of the base metals that must increase in price due to rising EV demand. There are others we’re watching as well in our Real Wealth Strategist newsletter.

It will be one of the great bull markets over the next few years. Patient investors should pay attention to some of these opportunities now.