Home » Technology » The Next Evolution in Computers Is Almost Here

The Next Evolution in Computers Is Almost Here 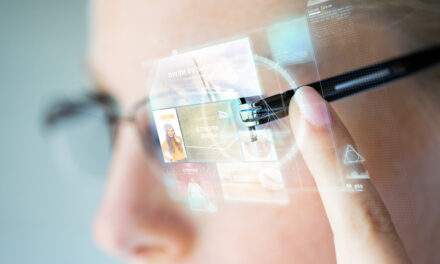 Every few decades, the way we interact with computers goes through a huge shift.

Starting in the 1960s, all we had were giant mainframe computers.

These machines took up a whole room and cost millions in today’s dollars.

In the 1980s, every household in America could own a computer.

I can still recall the beeps and the clicks of my Apple IIc floppy disk drive.

A decade later, laptops allowed us to take our computers on the go.

The earliest laptops were heavy, slow and expensive.

But they allowed business people to take their work on the road and college students to study in coffee shops.

In the late 2000s, smartphones arrived.

Computers are now near us every second of the day.

We rely on them to direct us to where we’re going, play our favorite songs and keep track of our life history through digital photos.

According to a survey by research firm Statista, 46% of Americans spend five to six hours on their mobile phones daily.

Another 11% spend seven hours or more.

I wouldn’t call my own smartphone use excessive. However, I do feel a crick in my neck from staring down at the screen and numbness in my thumbs from scrolling and texting.

Thankfully, the next evolution in computers is right around the corner…

“Man-Computer Symbiosis” is a 1960 research paper written by J.C.R. Licklider.

He was a computer scientist who had a vision for the internet long before it existed.

Licklider outlined that the interactions between computers and users would become simpler over time.

This approach was essential in using information technology.

As he predicted, we’ve gone from mainframes to desktops to laptops to smartphones.

And it’s looking like the next iteration of computers will be wearable technology.

Things Have Changed in 8 Years

In 2014, I had the privilege of visiting Google’s New York City headquarters and trying out its smart glasses. 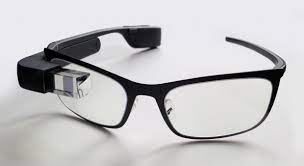 At the time, they were a little slow and clunky.

The operating system didn’t always hear the voice commands, so you had to repeat yourself a few times.

On the streets of New York, onlookers might have thought you were talking to yourself.

But things have changed in eight years.

Chips have gotten much faster, and artificial intelligence is a magnitude better.

That means a new way to interact with our computers and our world is right around the corner.

The Next Battleground for Computational Supremacy

The next battleground for computational supremacy will be right in the middle of our faces.

Silicon Valley is unveiling new smart glasses that will get us one step closer to J.C.R. Licklider’s vision.

CEO Mark Zuckerberg has already committed $10 billion toward the metaverse this year.

The company has also partnered with eyewear giant EssilorLuxottica to create the Ray-Ban Stories.

These smart glasses have a built-in camera and headphones that let users make calls, listen to music and record videos and photos.

The key to this deal is that EssilorLuxottia owns Ray-Ban and Oakley and has licensing agreements with every major fashion label.

That means future smart glasses will come with a familiar style.

It also owns LensCrafters, Sunglass Hut and a dozen other retailers.

With 8,000 locations, it gives Meta a physical retailer where potential customers can try out and purchase the new glasses.

Along with Meta’s virtual reality hardware called Oculus, this gives the company a solid head start on what will likely become the future of computers.

Of course, the next evolution could come in the form of an implantable device, like Tesla CEO Elon Musk’s concept called Neuralink.

As for me, I’ll choose the neck and thumb pain over a chip in my cerebellum.

Digihost Technology Inc. (Nasdaq: DGHI) is a cryptocurrency mining company that is up 16% this morning. The move came after the company provided a business update and reported an 86% increase in year-over-year bitcoin production.

United Parcel Service Inc. (NYSE: UPS), the package delivery, transportation and logistics company, is up 14% today. The stock jumped after the company provided strong guidance for 2022 after reporting record annual earnings for 2021 thanks to pandemic-driven online shopping trends.

AMC Entertainment Holdings Inc. (NYSE: AMC), the movie theater operator, is up 13% after it reported preliminary results for Q4. It reported adjusted profits that were the highest since Q4 of 2019, prior to the start of the pandemic.

Dutch Bros Inc. (NYSE: BROS), the drive-through coffee chain operator, is up 13%. The stock is up on tailwinds from a report that showed Dutch Bros stores saw a greater growth in foot traffic than rivals like Starbucks and Dunkin.

GreenPower Motor Company Inc. (Nasdaq: GP) designs, manufactures and distributes electric vehicles for commercial markets. The stock is up 12% after the company unveiled its workforce development and training program for potential employees at its new all-electric school bus manufacturing facility.

Alithya Group Inc. (Nasdaq: ALYA) provides strategic consulting and digital transformation services in North America and Europe. It is up 12% on the news that it has acquired Vitalyst, a provider of an on-demand subscription-based adaptive learning platform.

Toast Inc. (NYSE: TOST) operates a cloud-based technology platform for the restaurant industry. It is up 11% this morning, with no particular news driving the move.

Arrival (Nasdaq: ARVL) focuses on the design, assembly and distribution of commercial electric vans, buses and cars worldwide. It is up 10%, continuing its momentum from Monday when it bounced back along with several other driving tech and electric vehicle stocks.

Upstart Holdings Inc. (Nasdaq: UPST) operates a cloud-based artificial intelligence lending platform. It is up 9% as investors move back into tech stocks after a broad sector-wide sell-off last month. 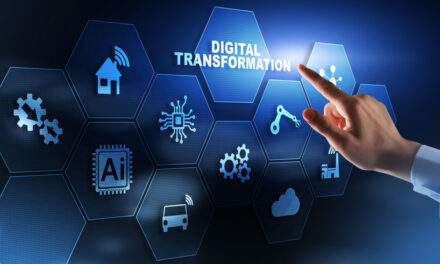 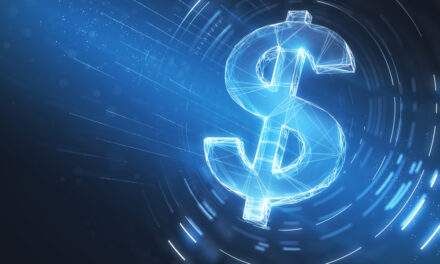