Metal Miners Are Having Another Great Year

Base metal miners are making a lot of money today.

Demand for base metals, like zinc, lead, copper, etc., comes from construction and technology. The boom in big batteries for cars, buses and even homes spurred a massive surge in demand.

That wasn’t the case just a few years ago. After the recession in 2008, economic growth slowed to a crawl. With it, demand for base metals fell. Supply grew, sending prices even lower.

Producers suffered in a bear market from 2011 to 2016. As sales and prices fell, so did profits. Investors fled.

However, we saw renewed economic growth over the last couple of years. It took a while to use up the supply, but base metals are in demand again.

Once the supply ran out, prices began a rapid climb. Copper alone saw prices soar over 50% in the last two years.

As the prices rose, so did the profits of major mining companies. And they are using the money for exactly the right thing today. 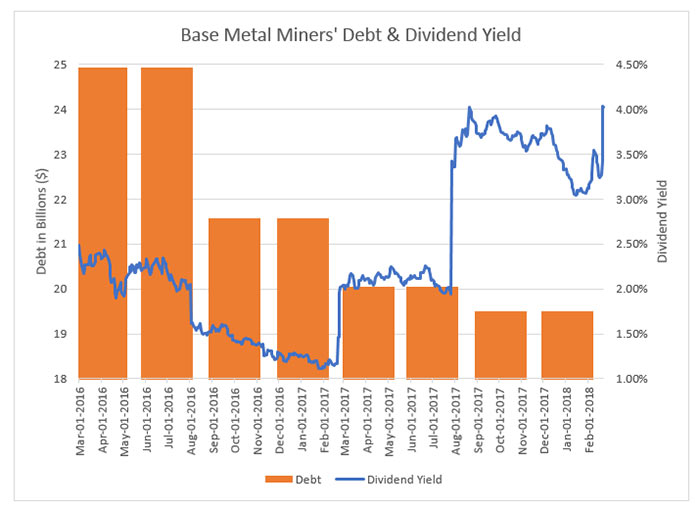 Miners targeted debt first with their record-breaking profits. Glencore shrunk its debt by two-thirds, while Anglo cut its debt in half.

As their debt shrinks, miners have more cash to return to shareholders.

They are raising dividend payments quickly. A year ago, the average dividend yield of these miners was just over 1%. That’s grown fourfold to 4%.

This year should be another great year for global growth — and for base metal miners.

The Race for Cobalt Is On So Get Your Stocks While You Can!