How would you like to have the nickname “The Profit”?

Television superstar and entrepreneur Marcus Lemonis knows what it’s like. His show of the same name is CNBC’s most-watched original series ever.

On the show, Lemonis seeks struggling businesses that need cash and are ready to make a deal. He provides that cash for a piece of the business.

These companies are struggling for a reason. In addition to cash, Lemonis provides leadership and insight. And he’s not afraid to roll up his sleeves and do work himself.

But he’s not there to make friends. Lemonis himself admits he can be a bit of a jerk at times.

Still, with the benefits he brings, he has lots of companies who are looking for his money and guidance.

I recently learned Lemonis is buying shares of a certain public company. That intrigued me. I dug in to learn more about the story…

In addition to his role as an investor and adviser, Lemonis is the CEO of $2 billion outdoor retailer Camping World Holdings Inc. (NYSE: CWH). Its main business is selling recreational vehicles, or RVs.

Lemonis controls the voting shares of Camping World. That means he can do whatever he wants with the company … and common shareholders can’t do much about it.

So, his decision to buy common shares intrigued me. These are the shares you and I buy. Camping World has been public since October 2016. This is the first time he has ever reached into his own pocket to buy them.

This graphic shows the price of Camping World shares and insider buying activity:

For the first 19 months as a public company, none of its insiders made open market purchases.

If you’ve seen Lemonis’ CNBC show, you know he knows how to run businesses. Having worked as a turnaround adviser myself, I can tell you there is no shortage of companies that need his insight and his money.

So, it means something to me when I see Lemonis using his money to buy shares of a company he already controls.

This is a great example of the power of insider buying.

The Business Is Growing … Profitably

Lemonis entered the RV business as the CEO of a struggling Fort Lauderdale, Florida, RV peddler at the age of 26.

Quarterly sales were $1.1 billion. Gross profit hit a record of $305 million, up 21% over last year. Lemonis expects same-store sales will grow in the mid-single digits this year.

He said Camping World remains focused on profitable growth. It had 183 locations at the end of the first quarter (141 of them were Camping World’s). It often buys its peers and opens new stores.

As you can see in the above chart, shares are down. Angst from President Donald Trump’s steel tariffs led investors to sell. Lemonis’ purchases suggest he believes the drop is too much. (And he’s not the only one. Three of his directors bought almost as many shares as he did.)

It is a worthwhile speculation. Baby boomers, who continue to retire, are a natural consumer of RVs. But they’re not the only ones. Millennials are buying, too.

The RV Industry Association said shipments from makers to dealers were up more than 12% in April. That’s the highest level ever. And it’s a solid backdrop for Camping World’s RV and RV-related businesses.

But you can wait until shares trend higher. I would look for shares to trade above $22 before buying.

Lemonis paid close to $22 per share for his recent buys … so you could call yourself “The Profit,” too.

Editor’s Note: There’s a “magic” metal that’s worth billions, maybe even trillions, to pharmaceutical companies like Pfizer, Merck, Johnson & Johnson and Bristol-Myers Squibb, to name a few. Recent World Health Organization statistics show that 800,000 innocent victims will get a second chance at life every year with access to this resource. However, there’s one giant, ugly problem: It’s disappearing. This opportunity could well be the most profitable commodity play to ever hit the markets — for those who know where the riches are. To learn more, simply click here. 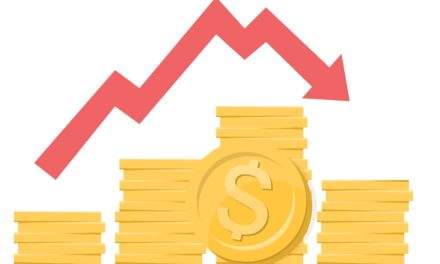