LUNA Rises From the Grave 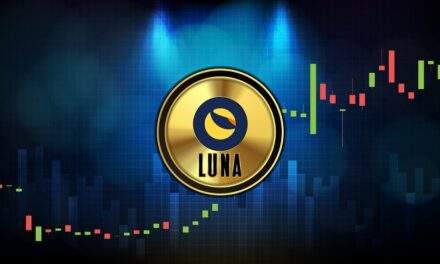 I had just landed in Nicaragua for my annual surf retreat when the email from my broker hit my inbox.

The year was 2013. “IMPORTANT UPDATE” was the subject line.

When I clicked, I knew what to expect. Still, it surprised me to see it in writing.

It was the one phrase every investor dreads: “Fisker Automotive is filing for bankruptcy tomorrow.”

This was the worst trade of my life.

I was an early investor in the electric vehicle (EV) startup.

My thesis in 2010 was that the world was tired of fighting wars over oil. So the EV revolution was right around the corner.

I also saw that the cost of producing lithium-ion batteries was expected to drop sharply.

Falling prices of semiconductors ignited a computer revolution. In the same way, falling battery prices would change the way we get around.

I believed back then that it would someday be cheaper to produce an EV than a gas guzzler.

And after test-driving a Tesla Roadster, the quiet torque felt like an otherworldly driving experience.

But I was a decade too early. And I picked the wrong horse.

When Fisker filed for bankruptcy, shareholders like myself were completely wiped out.

Some debt holders received pennies on the dollar when a Chinese company bought them out.

I didn’t get anything. Not even a commemorative coffee mug or T-shirt.

It was a costly mistake and an expensive lesson.

Bankruptcy is an inevitable part of the capital markets.

When a company is unable to pay its debts, it either restructures, gets bought out or ceases to exist.

For investors, it’s usually the end of the road.

But cryptocurrency is shaking up the old system.

It’s reinventing capital formation in ways that weren’t possible before the invention of the internet.

And we’re witnessing how this system is changing in real time.

There are no debt or equity holders. Rather, an investor in a blockchain project owns the native digital asset (crypto).

A cryptocurrency is a digital asset tied to a blockchain protocol. Each crypto has a specific use case.

You can think of these tokens like chips at a casino or coins at the laundromat that can only be redeemed at the washers and dryers.

Blockchain protocols are software that can be changed or upgraded.

Typically, for either of these to happen, the pool of crypto holders votes on the change.

Remember: If a traditional company goes bankrupt, an investor has no recourse.  (That’s what happened with my Fisker investment.)

But that’s not the same with crypto.

If a protocol fails, it can be changed or tweaked to work properly the next time.

A central database (blockchain) keeps track of who owns what.

That means new tokens can be easily airdropped (given) to existing holders for free.

Such is the case with the Luna protocol, which supported an algorithmic stablecoin called UST.

A flaw in LUNA’s code allowed for infinite amounts of tokens to be created.

It was exploited earlier this month, and that led to a 99.99% drop, wiping out existing holders.

That was unfortunate for not only Luna holders, but the 100 other projects built on top of this ecosystem.

The team behind the LUNA protocol decided not to give up. They made some changes in the code and released a new version called Luna 2.0.

While this is less than one-tenth of LUNA’s previous valuation, Luna investors aren’t completely wiped out.

They might even have a chance of recouping their entire investments.

After all, new investors might see limited downside and unlimited upside in the new project.

And like I explain in my newest presentation, 2.0 is always bigger and better than 1.0.

To be clear, I’m not recommending anyone buy into LUNA 2.0.

I’m just pointing out that cryptocurrency is changing the capitalist system for investors.

MicroStrategy Inc. (Nasdaq: MSTR) provides enterprise analytics software and services worldwide. The stock is up 22% today as the price of the company’s large bitcoin holdings benefit from an uptick in the crypto markets.

Galaxy Digital Holdings Ltd. (OTC: BRPHF) is an asset management firm that operates in the digital asset, cryptocurrency and blockchain technology industry. It is another crypto-related stock that is up 19% today thanks to the uptrend in the crypto markets over the weekend.

Mercari Inc. (OTC: MCARY) is a Japanese e-commerce company that is up 19% this morning. The move came after the company announced that it received approval from the Tokyo Stock Exchange to change its listing from the Growth Market segment to the Prime Market segment.

MoonLake Immunotherapeutics (Nasdaq: MLTX) is a clinical-stage biopharmaceutical company that develops various therapies. It is up 18% today with no significant news to report.

Bakkt Holdings Inc. (NYSE: BKKT) enables consumers to buy, sell, convert and spend digital assets. It is one of the crypto-related stocks that is up 16% today on a rebound after the recent sell-off in the crypto markets.

Full Truck Alliance Co. Ltd. (NYSE: YMM) operates a digital freight platform that connects shippers with truckers to facilitate shipments across China. It is one of several Chinese stocks that is up 14% today on the news that Shanghai is moving toward lifting its COVID lockdowns.

Ecopetrol S.A. (NYSE: EC) is a Colombian oil and gas exploration and production company. It is up 13% after the company announced that it would boost its oil and gas output by over 40% by 2030.

Nurix Therapeutics Inc. (Nasdaq: NRIX) discovers and develops small molecule therapies for the treatment of cancer and immune disorders. It is up 12% after Wells Fargo analysts upgraded the stock to an overweight rating citing the potential of one of its drug candidates. 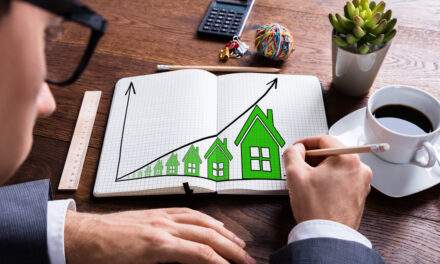 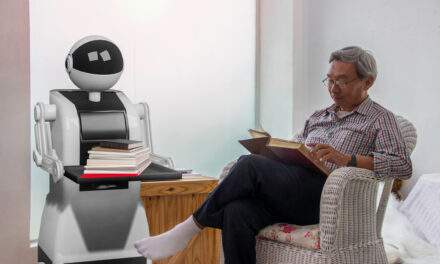 These Next-Gen Robots Will Care for the Elderly