Last Wednesday, the S&P 500 Index fell about 1.8%. As prices fell, panic ensued on CNBC. Guests warned viewers that a bear market was starting that day. They argued that the big decline showed that investors were nervous. Selling would increase on bad news, and there is no shortage of bad news.

Well, within a week, there’s still no shortage of bad news, but the index recovered. Does this mean the bears were wrong? Some testing shows that they probably were. In the past, large sell-offs didn’t trigger bear markets. But data show there is cause for concern. 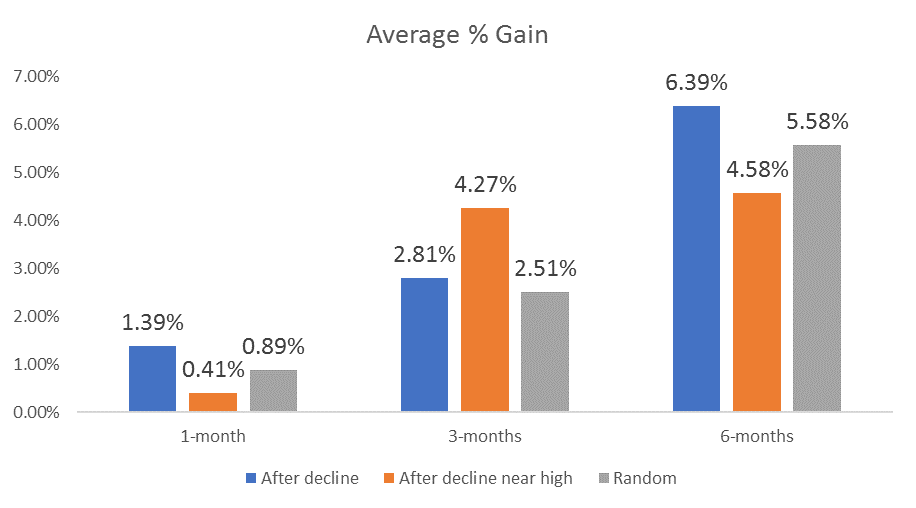 To simulate trading conditions, the results are for the SPDR S&P 500 ETF (NYSE Arca: SPY). The test results are since 1993, when the exchange-traded fund began trading. To be as realistic as possible, commissions of $5 are deducted from each trade.

The gray bar represents a random entry — buying stocks on any other day — to provide a point for comparison.

Based on recent market action, there is a high probability that stocks will be higher six months from now. But there is an increased risk of a pullback over the next one to three months. That pullback probably won’t be the start of a bear market. It will simply be another chance for the bears to appear on CNBC.

Small Caps Are Warning of a Pullback in the Stock Market

Heads-Up: This Pattern Is Calling for a Sell-off