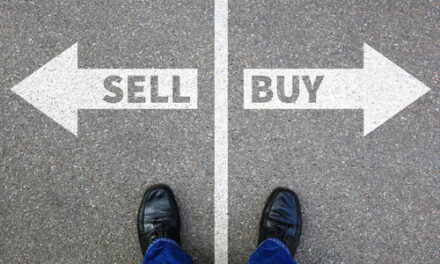 Throughout history, it seems like bond traders ruled the world.

By the 1500s, wars depended on the ability to obtain financing. Victory often depended on access to affordable loans in what was an early version of government bond markets.

Bond markets are so powerful that in 1993, when bonds reacted negatively to policies of the new administration, Clinton political adviser James Carville said, “I used to think that if there was reincarnation, I wanted to come back as the president or the pope or as a .400 baseball hitter. But now I would like to come back as the bond market. You can intimidate everybody.”

Bond markets can “intimidate everybody” because they price risks. That makes them an indicator no trader should ignore.

But bond markets are complicated… so many traders do ignore them.

However, some indicators are simple to follow, and give you a clear picture of risk appetite. I’ll teach you how to follow one of them today.

I’m talking about the spread between low-grade corporate bonds and Treasury notes.

Low-grade corporates are bonds just one level above junk. Bond-rating agencies like Moody’s believe companies issuing these bonds have enough cash to pay their debts in good times but could miss payments in an economic downturn.

Moody’s assigns a Baa rating to these bonds. When the economy is growing, bond market investors buy corporates for the higher yields. This means they drive rates on Baa bonds down and the spread, or difference, between Baa rates and Treasury notes falls.

When risks rise, bond traders move to Treasurys and the Baa spread rises.

Right now, with the spread between corporate and 10-years at a multiyear low, it’s clear that risk appetite is rising.

When this spread increases from the level it was at 12 months ago, risks in the stock market are relatively high.

This indicator is valuable because it has signaled before almost every major stock market downturn since 1919 when data on Baa yields became available.

Just look at how it’s acted over the past 12 years:

This indicator is now near a 15-year low. That low came as the S&P 500 was beginning an 18-month rally that saw the index gain more than 21%. With the Federal Reserve adding even more money to the economy than it did then, the coming rally should be significantly larger.

It’s on a buy signal right now. And that means traders should be aggressive. 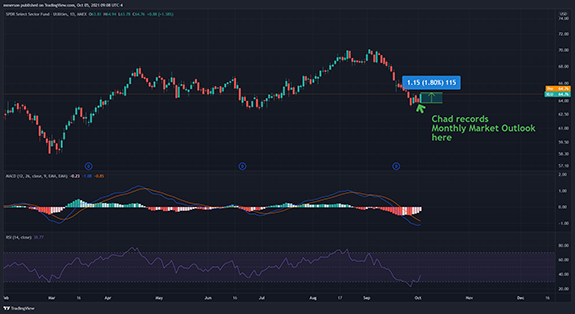 For today’s Chart of the Day, I’m putting my hands together for Chad Shoop and his profit radar, the Relative Rotation Graph.

In yesterday’s video (catch up here if you haven’t watched it yet), Chad pointed out that the utilities sector (XLU) was poised to start leading the market. Keep in mind, Chad recorded this video Friday morning.

And in yesterday’s session, XLU ran as high as nearly 2% while the rest of the market sold off.

This just goes to show why charts alone won’t help you capture the best returns in this market. You need an edge like Chad’s profit radar.

Talking to Chad this morning, he’s both unsurprised and encouraged by today’s move in utilities. Now, he says, it’s time to see if the sector can follow through for the next few weeks.

Buying some at-the-money call options on XLU, or one of the utilities stocks Chad mentioned, could be a great play. 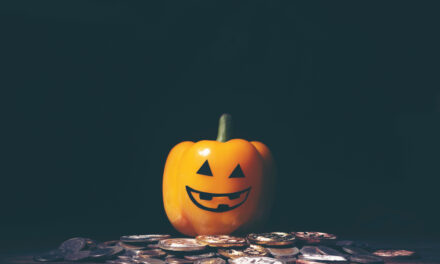 Are Stocks Facing a Spooky October? 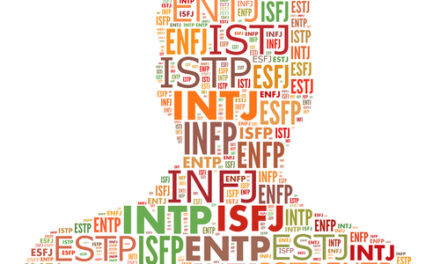 [QUIZ] Stop Trading Until You Know Your Personality Type…