The iShares Global Telecom ETF Is up 4% [Tech Sector]

Two months ago, I said it was a “fortuitous time” to buy an undervalued sector of the stock market.

Unloved, ignored, misunderstood — telecom companies are the Rodney Dangerfields of the equity world. They get no respect.

But guess what? Since June 20, the telecom exchange-traded fund (ETF) I recommended — the iShares Global Telecom ETF (NYSE: IXP) — is up 4%, while the S&P 500 Index rose only half as much.

I think that’s just the start of bigger things to come. 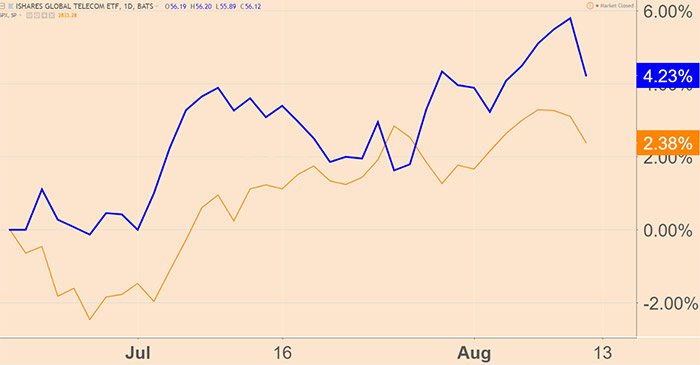 Why the sudden outperformance for telecoms? For one, this sector is about as undervalued as I’ve ever seen it.

You can still buy this sector at a discount. The stocks in the IXP ETF — an amalgam of two dozen U.S. and international telecoms — are priced at less than their book value (0.97 to be exact).

Compare that to the high price of the S&P 500. The index trades at more than three times its book value.

The S&P 500’s lofty valuations could continue, for sure. But the last time it traded at such expensive levels was 15 years ago, as that era’s tech boom turned to bust.

So which would you rather own?

Another reason? As I noted in June, U.S. telecoms are racing to prep the rollout of new, superfast 5G (short for “fifth generation”) internet service.

Your smartphone operates on the current 4G standard. And without getting all wonky about upload and download speeds, the difference is like racing a 100-horsepower subcompact against a 700-horsepower Lamborghini.

Telecom companies bet we’ll gladly pay a premium on our telecom bills for 5G. In return, we can surf internet sites at the blink of an eye or stream live television with zero buffering, ever.

U.S. telecoms already announced the first cities to get access to 5G service, starting this fall. By 2020, close to 10% of Americans with a smartphone will subscribe to this superfast internet technology.

In China, 5G is considered a strategic development. According to the Wall Street Journal, it’s deemed so important that the ruling communist honchos sought a shakeup of telecom execs at China Mobile and China Unicom.

The stakes are that high… 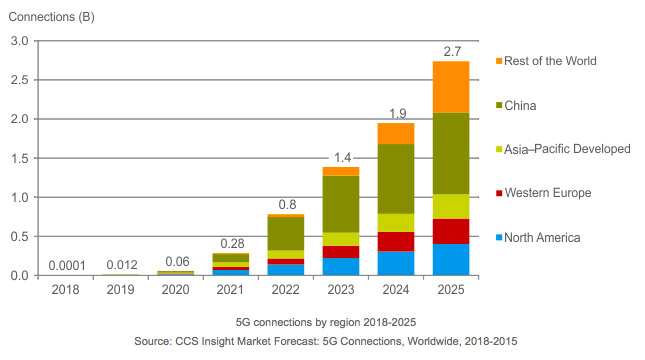 Right now, 5G is barely even on the radar of most investors. But that will change in the next few months as U.S. telecoms roll out their marketing campaigns in coming months.

I put my subscribers in Total Wealth Insider into a key individual telecom stock. The shares are up double-digits in less than a year.

Likewise, with the dawning of this new era of 5G, I expect the value of the iShares Global Telecom ETF to rise at least 25% over the next two years.

How Smart Tech Is Improving Our Lives